Where are the mills cranking out the next generation of Constitutional conservatives, other than wonderful Hillsdale College? There are many superb conservative organizations that really care about our Constitution, liberty, American traditions and capitalist system who work hard to affect awakening the tuned out sleeping masses. These organizations to the one, consider themselves activists. Activists activate. But actual activism is eroding and the continuation of the Conservative species is not being successfully seeded to our youth.

Having been to meetings in the last several years of various conservative organizations I’ve seen the same elements at all of them. Concerned, American patriots attending meetings wanting to make a difference, discussing issues, acknowledging accomplishments, making plans to inform others, planning another event and at adjournment they leave with the same feeling of satisfaction one has after fellowship at church.

Going forward, the results of most of these gatherings is that attendees show up next time without a guest, and if so, that person will be about their same age. How many conservative organizations do you know that are growing substantially? And when you look around at your members you probably have some younger members in the 50’s and possibly even 40’s. Young people (teens to 30’s) that might exist in whatever organizations account for a percentage almost too small to measure. Where is the perpetuation? It’s nonexistent, isn’t it? I know, we all talk about it. This reminds me of what a paperweight on my desk reads, ‘Don’t confuse effort with results!’

PERPETUATING WHAT AMERICA IS ABOUT

The overwhelming numbers of young people today are not getting accurate comprehensive educations  about our Republic, Declaration of Independence, Constitution, factual history and critical thinking thanks to the Common Core scheme to dumb us down.. A priority mission of ours should be to find ways to get the attention of our youth informing them about the fatalistic onslaught of socialism overpowering our lives and dissolving America as we have known it.  These socialist indoctrinated young people don’t have a clue about the real world that America has been about: our unrelenting hunger for freedom, property ownership and our quest for commerce that can compete freely unhindered by strangling laws, regulations, unfair subsidized competition, unfair trade practices and exorbitantly high taxes.

There is a world of difference between what we know and what they understand. And thank God we didn’t grow up like them with the Common Core educations and all the overwhelming bombardments of unceasing propaganda fed in countless sound bites on TV, radio and from Hollywood as well as most print material attracting them to an enticing panacea of government (tax payer) supplied freebies and a socialist mindset.

In the first place, I know American 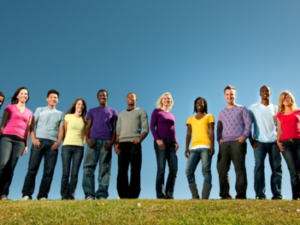 youth are instinctively good people  who wish to do well and are interested in other people and they think they care about our country, patriotically, like us older folks. But it’s the insanity of socialism that they haven’t done their homework on where we differ. They are too busy doing stupid stuff, like wasting too much time texting, gaming, socializing at clubs, pursuing other fun in lieu of working at gainful self-improvement and too often listening to the wrong people and accepting anything the big media or Hollywood says and not questioning factualness. They haven’t concerned themselves with the false math of the socialists’ dogma and don’t give thought to ledger accountability.  If you’ve watched ‘on the street interviews’ by such as Watter’s World it stuns you how little they follow any news whatsoever, let alone real news from other than biased Big Media sources.

I have been told that to outreach young people today you have to communicate in ‘twittereze’ in a Facebook/Twitter world of as few words as possible and only speak like any good salesman should, naturally, ‘only in terms of their interest.’ Ok. That I get. But now the hard part. What are the words you send that will illicit attention? What are their hottest issues of interest?

HELPFUL INPUT WILL BE APPRECIATED

In having asked advice from several strong conservatives I respect about an effective approach to youth (the words and the issues) I got the advice I expected but was surprised about how strongly they all felt about it: Ask questions. Don’t use certain words, like Constitution, conspiracy, conservative, republican or the UN, or you turn them off like a light switch. It appears that some of their hot subjects are those like • cyber security, • job opportunities, • CISTA (Cannabis is Safer than Alcohol), • staying out of wars • and free stuff.

I would really appreciate any advice on how we can become most effective reaching our youth. Once delicate communication can be successfully engaged I would hope that they can then be linked to more in depth information for bringing them gingerly into the world of conservative reality. Ultimately, from sources like The New American magazine and thenewamerican.com where you absolutely know you can trust the validity of content.

Just like effective pastors, our conservative movements must wean youth into our folds or see our future world finish dissolving away like it seems to be already… at breakneck speed. You can thank our sorry politicians. We’ve come to expect such ‘progressive’ nonsense from the ‘liberal’ democrats. 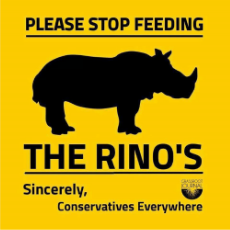 But we should be ESPECIALLY disgusted with our sorry RINO republicans and their sorry leadership (who are in the tank with the wrong people from the CFR/UN). Most all of them are violating our trust by not standing by the oaths they took to follow our Constitution. It is our Constitution! Seek out the violators by way of their voting records and purge them at the voting booths and replace them with real patriots.

Americans must make certain that we continually watch voting records published quarterly on both houses here in Idaho at idahofreedomindex.com and the U.S. congress, also published quarterly, at thenewamerican.com while making sure our representatives know we are watching their voting record. Then we must awaken others to the importance of this monitoring and how to do it.

The participation by informed, awakened youth would bring true concise ‘peer’ refutation of the propaganda world fed America’s young by our socialist leaning education system.  A missionary zeal on the part of enlightened and energized young people would bear greater believability to the unknowing youth who have bought into that our generation is old school, the Constitution is old fashioned and it should be a breathing document. Not much can outdo the missionary zeal of a truly awakened young person who believes in a just cause and there is no greater calling than restoring American to our former self. For the most part I am referring to college aged young people, give or take a few years, who I will affectionately call our kids.

We desperately need the focus and energy of our informed youth to help rebuild America. The inclusion of youth in our struggle is necessary, We should be grateful to the outstanding performance of Charlie Kirk’s ‘Turning Point USA’ campaign to reach into the minds of our College youth in the short time they have been organized.  This fine organization direly needs our financial support and our assistance in reaching influential members of our education system who realize a lot is very wrong in their world.

We need smart kids to show the world just how smart  American youth are and how very smart America’s system of government has been before the extremely socialist Marxist cretins from the Council on Foreign Relations and the UN started orchestrating both parties, the big media, Hollywood and our education system preparing us for their ultimate goal of taking America down to becoming a member state of first a regional government (can you say North American Union), and later a member state of a global government run by unaccountable, unelected global elitists who know what’s best for everyone about everything and they will direct our lives accordingly.

Samuel Blumenfeld and Alex Newman state in their book ‘Crimes of the Educators,’ “Our educators are engaged in a deliberate dumbing down of America. They are sabotaging the intellectual growth of our children and depriving Americans of the most productive use of their own lives. This is a criminal act of war against the American people and should be called what it is: treason. …Our progressive educational leaders have learned how to deceive parents and the taxpaying public and get away with it.”

We desperately need the focus and energy of our informed youth to help rebuild America. The inclusion of youth in our struggle is necessary, because they need to have a dog in the fight for what will remain their America. American youth’s awakened participation is absolutely critical to their successful future America.

We must approach youth appropriately with subjects of interest to them that elicits an engagement toward further more comprehensive material that truly awakens and inspires them to get involved sharing newfound info with their peer groups. It’s time we all sink or swim.

PATRIOTIC RELEVANCIES FROM A GREAT AMERICAN

“We can rekindle the spirit of America, because God intended this land to be free; 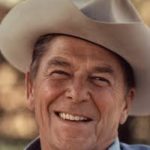 because we are free to dream, to plan, and to make our dreams come true.

“Freedom is never more than one generation away from extinction. We didn’t pass it to our children in the bloodstream. It must be fought for, protected, and handed on for them to do the same.

“My philosophy of life is that if we make up our mind what we are going to make of our lives, then work hard toward that goal, we never lose – somehow we win out.

“We should measure welfare’s success by how many people leave welfare, not by how many are added.

“The trouble with our Liberal friends is not that they’re ignorant; it’s just that they know so much that isn’t so.

“The most terrifying words in the English language are: I’m from the government and I’m here to help.

“Above all, we must realize that no arsenal, or no weapon in the arsenals of the world, is as formidable as the will and moral courage of free men and women. It is a weapon our adversaries in today’s world do not have.

“We must reject the idea that every time a law’s broken, society is guilty rather than the lawbreaker. It is time to restore the American precept that each individual is accountable for his actions.

See: How Conservatives Can Win Back Young Americans – By Ben Schapiro