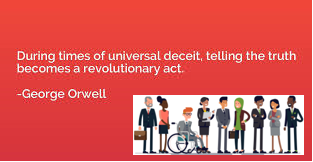 Americans are free people – a fact that is central to our existence!

America is an opportunity nation!  Moreover, we guarantee in our founding documents and in statutory laws that every citizen will have an equal opportunity to pursue success and happiness!

America is also a nation that has an imperfect history and a seemingly boundless capacity to atone for its past.

Our nation is a victim of its own success.  The more strength shown by our national economy, the more attractive we become to those who want to immigrate to America.  Ironically, our success also inspires those who believe that they deserve a bigger share of America’s success to voice demands for such.  These demands generally translate into calls for a $15 minimum wage, the elimination of “income inequality,” and more “diversity.”   This latter rationale is nothing less than a continuation of our national preoccupation with race.

Within its framework of freedom, opportunity and an imperfect national past, America is also deeply embroiled in what amounts to a culture “war” that commands the involvement of virtually every segment of its population.  A principal battleground of this culture war’ is what is loosely called “equity” and “diversity.” The equity and diversity battle frequently emerge in debates about affirmative action.

While the term “affirmative action” has a positive ring to it, the term is actually the very essence of discrimination.  It betrays our nation’s fundamental guarantee of equal citizenship to all Americans.  For this reason, I have devoted the last twenty years of my life to ridding our nation of the insidious practice of legalized discrimination, practiced in the name of building “diversity.”

In 1998, I led a campaign that asked my fellow Americans in the state of Washington to approve I-200, a statewide ballot initiative that prohibited all government agencies of Washington from discriminating and conferring preferential treatment.  I-200 reads as follows:

“The state shall not discriminate against, or grant preferential treatment to, any individual or group on the basis of race, sex, color, ethnicity, or national origin in the operation of public employment, public education, or public contracting.”

I-200 mirrored California’s Proposition 209, another effort for which I played a major role.  The difference, however, is that 209 is enshrined in the Constitution of California, but I-200 does not enjoy similar protection.

For twenty years, there has been an ongoing effort to repeal I-200.  These efforts failed in each instance.  The current effort, I-1000, has a greater prospect for success for a variety of reasons, chief among them is the push for “diversity.” I-1000 has been successful thus far because it is massively deceptive.  First, it begins with the unspoken premise that “white privilege” is a reality, and that white males are the beneficiaries of that privilege.  Second, it redefines the term “preferential treatment” to include virtually every identity group, except Americans who are “white” and male.  Third, it empowers government agencies to pick and choose applicants for college admission, employment and public contracts based on the desire to achieve diversity and to correct patterns of “underrepresentation.”  In public education, the number of Asian and white students will be reduced at the University of Washington.   In public contracting I-1000 translates into an effort to pick winners and losers based on race instead of competitive procurement.

The good news is that Americans of Asian descent have formed an organization, “WA for Equality,” which is laboring vigorously to defeat I-1000.  They, along with our American Civil Rights Institute (which I head) deserve our support.