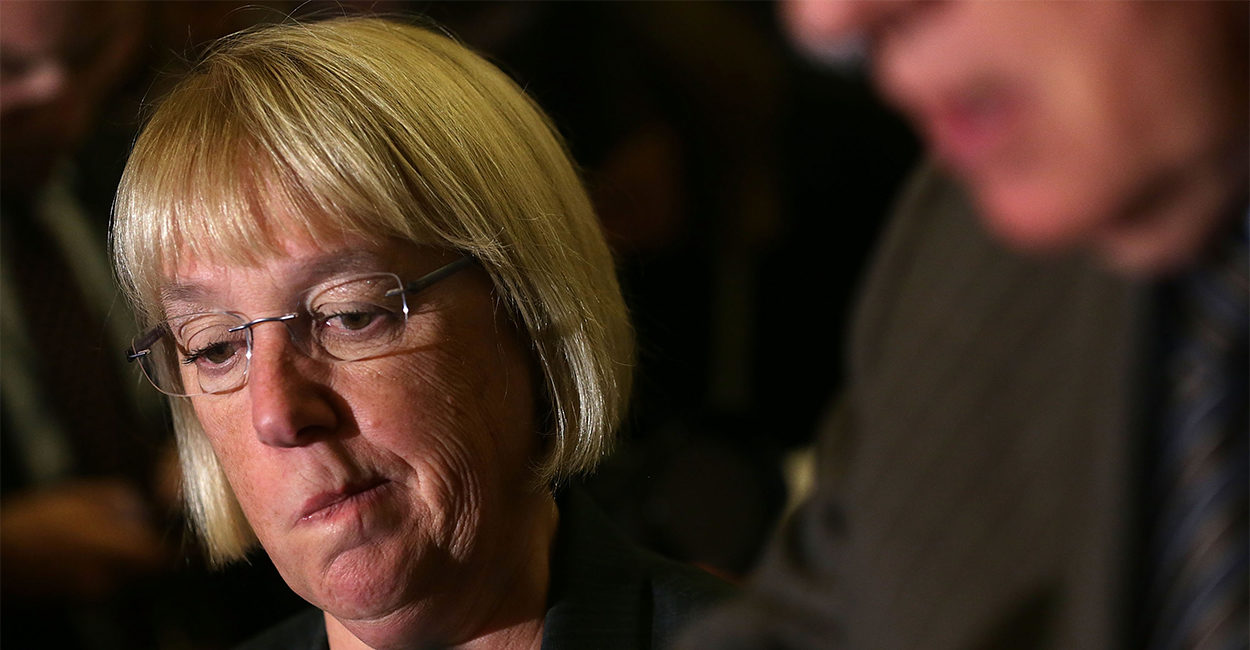 Democrats will protect American children from the evils of trans fats and gay conversion therapy, but not from doctors who will kill them through negligent homicide in the first few hours of their lives.

This is the ugly reality of the contemporary abortion debate. It’s why most advocates will do about anything to avoid describing the unpleasant realities and consequences of their increasingly radical position.

It must be stressed that this bill isn’t technically about abortion; rather, it’s about protecting babies who survive the procedure. It seems the already risible argument of “my body, my choice” has morphed into “not my body anymore, still my choice.”

Sasse’s bill, which would exempt mothers from prosecution, would require “any health care practitioner present” to help ensure “that the child born alive is immediately transported and admitted to a hospital” and to “exercise the same degree of professional skill” he or she would use with any other baby.

Now, it would have been one thing if Sen. Patty Murray, D-Wash., objected on grounds of states’ rights or the broad nature of the bill, but she did not.

“We have laws against infanticide in this country,” she claimed. “This is a gross misinterpretation of the actual language of the bill that is being asked to be considered, and therefore I object.”

There are laws that allow for infanticide. We have one of those laws in New York. The failed Virginia bill that precipitated this debate would also have allowed the killing of unborn babies until birth for virtually any reason—and, if those babies happened to survive an attempt on their lives, after birth, as well.

When asked whether her bill would allow abortions for women dilating in the 40th week of pregnancy, Virginia Del. Kathy Tran said, “My bill would allow that, yes.” Her mistake was in being honest.

When Virginia Gov. Ralph Northam tried to make Tran’s infanticide bill sound humane, explaining that “the infant would be resuscitated if that’s what the mother and the family desired, and then a discussion would ensue between the physicians and mother,” his mistake was honesty, as well.

Northam, as his defenders pointed out, was merely talking about euthanasia—although he would never call it by its appropriate name—as if terminating the lives of infants with fetal abnormalities such as Down syndrome for the convenience of the parents were morally palatable.

The reality of the bill hasn’t stopped pro-choice advocates from continuing to mislead Americans by claiming these abortions are a matter of life or death for the mothers. This, it seems, is rarely the case.

The pro-life Charlotte Lozier Institute found that both medical literature and late-term abortion providers show that the majority of late-term procedures are not performed for “maternal health complications or lethal fetal anomalies discovered late in pregnancy.”

The pro-choice Guttmacher Institute also found that a majority of women who seek these abortions “are not doing so for reasons of fetal anomaly or life endangerment.”

In any event, every bill limiting post-20-week abortions makes exceptions for the life of the mother. Sasse’s bill would not stop parents and doctors from making heartbreakingly tough decisions about critically ill infants.

That is a myth, too.

Most 20-week bans are opposed by Democrats because the abortions in question are used to weed out imperfect children. Let’s start using the phrase “viable babies” then.

One of those viable babies, Lyla Stensrud, was born after 21 weeks and four days, weighing just 14.4 ounces. It is almost certain that technology will advance to a place where there will be many more children like Lyla. According to the Guttmacher Institute, about 15,000 Lylas are aborted every year.

Some argue that aborting viable babies is permissible not only for reasons of emotional stress but also to alleviate unfair fiscal pressure on parents and hospitals. Do you know how much children with autism cost? Why not them, as well?

For many years, Democrats have been allowed to get away without answering any serious questions regarding their opposition to post-20-week abortion restrictions. Despite interference from fact-checkers and other Democratic Party surrogates, for example, their 2016 presidential nominee, Hillary Clinton, supported, from conception to crowning, not a single restriction on the procedure.

Just because they won’t talk about it doesn’t make it any less true.

David Harsanyi is a senior editor at The Federalist and the author of the forthcoming “First Freedom: A Ride through America’s Enduring History With the Gun, From the Revolution to Today.”