Illegal Immigration: Nipping It in the Bud! 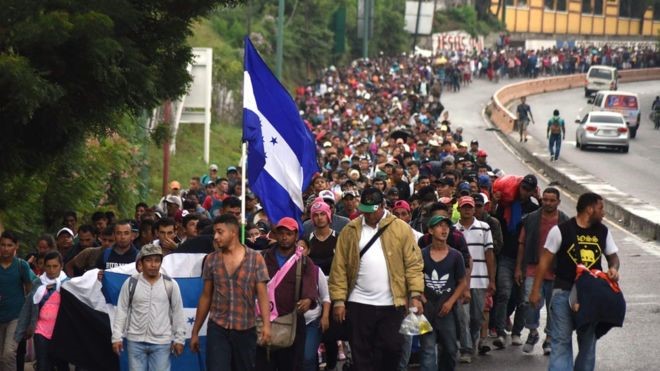 Illegal Immigration: Nipping It in the Bud!

For generations, legal immigrants have come to our shores with nothing guaranteed them other than a life of freedom to pursue whatever level of success to which they aspired.  No medical, no housing, no monetary assistance whatever.

Americans who understand our Constitution and follow it understand that this is how it should be.  We Americans like opportunity, and understand that should we fall short of our goals and even crash in utter failure, it is a learning experience that makes us stronger, to be smarter going forward.

We should all care about humanity.  Democrats don’t own the word compassion.  However, they have always proclaimed an exclusive position of being the party that cares about the little guy, the down trodden, for the votes.  They’ve about milked that dry after years of seeing the truth revealed about their deceptive power politics with their complicit media comrades in tow.  But now they are finally blatantly outing themselves as outright socialists.

The Dems are in line with the power global elitists’ ‘Euro Socialist’ strategy to destroy western moors via non-western immigration flooding.  These ‘Socialist Dems’ or Democratic Socialists are all in to take America to another place not recognizable to God fearing traditional Constitution loving Americans.  They are deceitfully ‘one’ with a globalist strategy which they are exhibiting with their aggressive position of supporting the border crisis.

Since all this has been running off much of their traditional constituency……… they   really   need   illegals’   votes.

If our forefathers who came to our shores heard that they could go to Canada and get free medical, housing, and education for a year or two while waiting to be accepted into a better environment than was theirs they too might have migrated, especially if a media existed that megaphoned the invitation along with agents in place recruiting them on how easy it could have happened.

But since that ‘opportunity’ didn’t exist our ancestors buckled down and focused on creating their own opportunities, and did very well at it, as should the people of these lands south of our border.  If their governments are corrupt, and most of them are, they should get up for changing things just like our founders did.

A website named fairus.org does an excellent job presenting the actual cost of this insane state of illegal immigration:

The Fiscal Burden of Illegal Immigration on United States Taxpayers

A continually growing population of illegal aliens, along with the federal government’s ineffective efforts to secure our borders, present significant national security and public safety threats to the United States. They also have a severely negative impact on the nation’s taxpayers at the local, state, and national levels. Illegal immigration costs Americans billions of dollars each year. Illegal aliens are net consumers of taxpayer-funded services and the limited taxes paid by some segments of the illegal alien population are, in no way, significant enough to offset the growing financial burdens imposed on U.S. taxpayers by massive numbers of uninvited guests. This study examines the fiscal impact of illegal aliens as reflected in both federal and state budgets.

The Number of Illegal Immigrants in the US

However, FAIR now estimates that there are approximately 12.5 million illegal alien residents. This number uses FAIR’s previous estimates but adjusts for suspected changes in levels of unlawful migration, based on information available from the Department of Homeland Security, data available from other federal and state government agencies, and other research studies completed by reliable think tanks, universities, and other research organizations.

The Cost of Illegal Immigration to the United States

At the federal, state, and local levels, taxpayers shell out approximately $134.9 billion to cover the costs incurred by the presence of more than 12.5 million illegal aliens, and about 4.2 million citizen children of illegal aliens. That amounts to a tax burden of approximately $8,075 per illegal alien family member and a total of $115,894,597,664. The total cost of illegal immigration to U.S. taxpayers is both staggering and crippling. In 2013, FAIR estimated the total cost to be approximately $113 billion. So, in under four years, the cost has risen nearly $3 billion. This is a disturbing and unsustainable trend. The sections below will break down and further explain these numbers at the federal, state, and local levels.

The Federal government spends a net amount of $45.8 billion on illegal aliens and their U.S.-born children. This amount includes expenditures for public education, medical care, justice enforcement initiatives, welfare programs and other miscellaneous costs. It also factors in the meager amount illegal aliens pay to the federal government in income, social security, Medicare and excise taxes.

FAIR maintains that every concerned American citizen should be asking our government why, in a time of increasing costs and shrinking resources, is it spending such large amounts of money on individuals who have no right, nor authorization, to be in the United States. This is an especially important question in view of the fact that the illegal alien beneficiaries of American taxpayer largess offset very little of the enormous costs of their presence by the payment of taxes. Meanwhile, average Americans pay approximately 30% of their income in taxes.

Taxes collected from illegal aliens offset fiscal outlays and, therefore must be included in any examination of the cost of illegal immigration. However, illegal alien apologists frequently cite the allegedly large tax payments made by illegal aliens as a justification for their unlawful presence, and as a basis for offering them permanent legal status through a new amnesty, similar to the one enacted in 1986. That argument is nothing more than a red herring.

FAIR believes that most studies grossly overestimate both the taxes actually collected from illegal aliens and, more importantly, the amount of taxes actually paid by illegal aliens (i.e., the amount of money collected from illegal aliens and actually kept by the federal government). This belief is based on a number of factors: Since the 1990’s, the United States has focused on apprehending and removing criminal aliens. The majority of illegal aliens seeking employment in the United States have lived in an environment where they have little fear of deportation, even if discovered. This has created an environment where most illegal aliens are both able and willing to file tax returns. Because the vast majority of illegal aliens hold low-paying jobs, those who are subject to wage deductions actually wind up receiving a complete refund of all taxes paid, plus net payments made on the basis of tax credits.

As a result, illegal aliens actually profit from filing a tax return and, therefore, have a strong interest in doing so.

Even though the costs of illegal immigration borne by taxpayers at the federal level are staggering, they only pale in comparison to the fiscal burden shouldered by taxpayers at the state level. Most government taxes and fees remitted to government by Americans are paid in forms other than income taxes submitted to the IRS on April 15th. There are city and state income taxes, fuel surcharges, sales and property taxes, etc…. States and localities also bear the main burden for costs associated with public education, city and county infrastructure, and local courts and jails.

A further complication is the fact that, while barred from many federal benefits, state laws allow illegal aliens to access many state-funded social welfare programs. Because so little data is collected on the immigration status of individuals collecting benefits, it is difficult to determine the rate at which illegal aliens use welfare programs. However, based on the average income of illegal alien households, it appears they use these programs at a rate higher than lawfully present aliens or citizens.

The combined total of state and local government general expenditures on illegal aliens is $18,571,428,571 billion. The services referenced in this section are supported directly by the payment of city and state taxes and related fees. At the state level, examples of general expenditures would be the costs of general governance, fire departments, garbage collection, street cleaning and maintenance, etc. The state, county or municipality — or even a special taxing district in some situations — may provide some of these services. In most cases, localities offer more services than the state. By FAIR’s estimate, there is approximately a 65 percent to 35 percent cost share between local and state governments.

The estimate of general expenditure services received by illegal alien households, beyond the specific outlays mentioned in the sections above, excludes capital expenditures and debt servicing. The calculation for each state is based on the state’s annual operating budget, reduced by the amount covered by the federal government. That expenditure is then reduced further based on the relative size of the estimated population of illegal aliens and their U.S.-born minor children. As noted in our population estimate, this means states like California, Texas, Florida, New York, etc., with larger illegal alien cohorts, will bear larger shares of these costs. 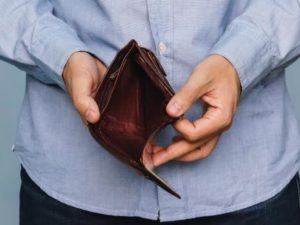 Americans should force our Congress to stop with waving all the un-Constitutional carrots at these less fortunate in other countries realizing that so doing might actually strengthen their resolve to improve their own neighborhoods just like our forefathers did. This would actually be a win, win.  It’s not easy.  It has been said that nothing worthwhile and lasting is easy, and once attained, it constantly runs on the razor’s edge of danger and must be fought for. That’s how America happened. 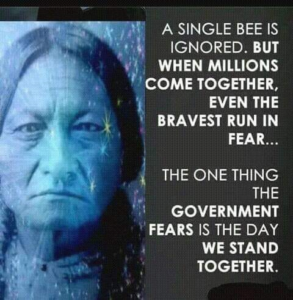 You can clearly see from the exemplary report above that more than enough money exists to build not one, but two walls, since some of these same types of people can quite easily come across our very long northern border.

States Wilson Ring/AP in his time.com article ‘While the Trump Administration Looks South, Human Smugglers Exploit the Canadian Border:’ “Driving the increase here, officials say, is the ease of entry into Canada, where visas are no longer required for Mexicans, and a border that receives less scrutiny and resources than the southern border, where thousands fleeing violence in Central America are being detained.

“A plane ticket from Mexico City to Montreal or Toronto can cost less than $350.

“The Canadian government in late 2016 lifted its requirement that Mexican citizens apply for visas to enter the country as part of broader efforts to strengthen ties with Mexico. A similar requirement for Romanian citizens took effect in late 2017.”

Both these borders substantially demand awesome walls, and, with tongue in cheek, if California keeps up their socialist ways and in our face defiance of everything America stands for and continues threatening to leave the union, I think a third wall would be warranted for consideration.  You know, backatcha, in spades!

Also, there would be a delicious bonus if they were to secede:  That would be our loss of their 53 Congressmen, 40 of which, are crazy Democrats.  Gone!  No Pelosi, no Mad Maxine, no ‘pencil neck’ Adam Schiff and no hot shot Kamala, etc.  Halleluiah!  That alone is enough to consider letting them, maybe even encouraging them to go and building their wall.

Unlawful immigration is un-Constitutional.  We need to follow the Constitution by taking away the carrots and building very strong walls!  Then, we review legal immigration.