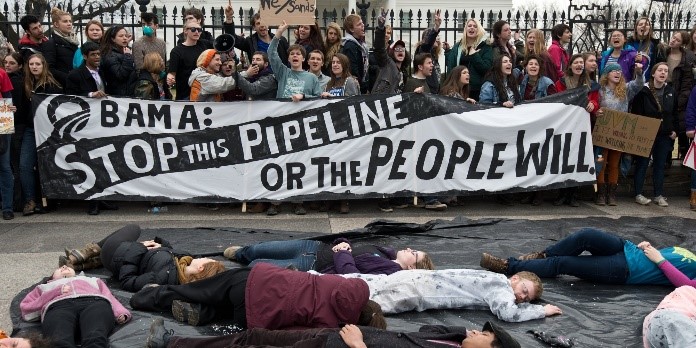 All across the United States, private property rights are under assault – assault by state and federal legislators and regulators, environmentalist groups, wealthy liberal foundations, corporations and other special interests, often acting in coordination or collusion with one another. They are seizing or taking control of lands and other valuable property without due process or just compensation, under a host of environmental and other justifications, many of which are fictional at best.

I have personally witnessed attempts to shut down the small mining industry in my state of Colorado. Exploration and development by this industry often results in discoveries of major deposits of minerals that are essential for everything we make, use and do – including medical equipment, cell phones, computers, aircraft, aerospace, automobiles, wind turbines, solar panels, batteries, and modern high-tech weapon and communication systems.

Actions that block mineral development in the United States make us 50-100% dependent on sometimes less than friendly foreign sources, and on mines that are operated using, abusing and under-paying parents and children, often under horrendous health, safety and environmental conditions.

Stories like what my company went through can be found everywhere in the United States now. Worse, they are no longer confined only to businesses that rely on development of our nation’s vast and highly available natural resources – done today with the highest regard for laws, worker safety and the ecology.

My parents co-founded our family’s mining business. In their later years, they suffered incredible, needless physical and financial pain – at the hands of clever crooks who defrauded our company and ideologically corrupt bureaucrats who took advantage of corrupt legal and regulatory systems to devise yet another opportunity to close yet another mining operation.

The Colorado Division of Reclamation, Mining and Safety (DRMS) eagerly supported the crooks in an attempt to steal and destroy our hard work and the investments of 135 mostly senior citizen shareholders in our privately held Colorado corporation. In the process, our corporate and personal names were slandered in local newspapers by false reports from DRMS officials.

Far too many government agencies are corrupted now because they have been largely taken over by radical environmentalists, who know little about mining or society’s crucial need for minerals, who are ideologically opposed to mining and other productive land uses, and whose ideologies too often make them think they are above the law.

Environmentalism has become a new religion, whose extremists will do whatever it takes to fulfill their misguided life missions, to engage in what far too often amounts to injustice and legalized theft.

Worst of all, they have no respect for those who literally stake their time, their fortunes and even their lives mining for metals that make our modern technologies, lives, health and living standards possible. There is little difference between them and other radical religious zealots who cross the line from respectful observance into insanity and acts of depravity. They miss few opportunities to undermine America’s once incredible opportunities under the guise of “saving the planet” – mostly from problems and dangers that have been wildly exaggerated or willfully misrepresented or even concocted.

When we began underground hard rock mining near Silverton in the San Juan Mountains of Colorado in 1980, regulations were comparatively few – but compared to earlier times of few or no rules, mostly sensible and more than ample to ensure human safety and environmental protection.

Dynamite was available at the local hardware store. It was very important for us to protect the environment and operate with the utmost safety. We did exactly that, as we were initially regulated by the U.S. Forest Service (USFS) for the environment and the U.S. Mine Safety and Health Administration (MSHA) for safety. In all those years, our company never had a single lost time accident; always took great care to protect the air, water and wildlife habitats; and made sure we never disturbed any more land than was absolutely necessary.

The DRMS began regulating our silver mine several years later. The transition went smoothly for several years, but then silver prices dropped to unsustainable levels. We reclaimed much of the historically mined silver property at our own expense for later use – then raised more capital from family and friends to expand into gold mining in 1988 with the purchase of 370 acres of private mineral property and associated permits. Our new property was surrounded by USFS public land.

A private litigation ensued, which we won handily – even though the DRMS entered the fray in an attempt to use the opportunity to gain more control over our property and mining in general. A concerned Colorado state representative came to our rescue at the time and blocked the DRMS action.

The agency had just become involved in the Summitville open pit mine disaster in the 1990s. The environmental disaster involved extensive pollution of local streams due to leakage of acidic water that contained large quantities of toxic heavy metals originating from decades-old mine tunnels from decades-old mining operations and poorly constructed storage pits associated with more recent open-pit mining.

The DRMS and other agencies should have regulated the operations and pollution much more responsibly from the outset. But they were largely inattentive and negligent. The disaster ultimately cost Colorado and U.S. taxpayers over $150,000,000 – a liability that the agency then capitalized on as an excuse to increase the price for reclamation bonds to unreasonable levels.

It was the first major example in Colorado of environmental activist bureaucrats attempting to regulate an industry in which it actually had no or too few qualifications, and doing so more from a position of opposing activities that they disliked and whose value they did not appreciate.

Fast forward to 2015. The historic San Juan Mining District experienced an even greater disaster: the infamous 2015 Gold King Mine Spill, whose direct cause can be laid squarely on the DRMS, in conjunction with the U.S. Environmental Protection Agency. DRMS policies for handling earthen plugs in old mine portals had already been evaluated by the United States Geological Survey, which strongly advised against this method of remediating leakage from abandoned mines. The USGS was ignored.

Negative environmental impacts from reopening caved-in portals have been a problem for decades. It should be obvious that plugging a leak or opening while water is still flowing into a mine means it will fill up and spill over. If the water mixes with acid-generating elements underground, it will become acidic. Yet the DRMS signed off on its policies and practices anyway – causing a disaster that even today is costing taxpayers more millions of dollars, with ongoing cleanup costs that will eventually make the Summitville clean-up costs look cheap.

And still, when my company was in court with the DRMS in 2017, its lawyer told the judge and courtroom that the DRMS would undoubtedly need to plug our portals. Some bureaucrats never learn, or will say anything to an uneducated populace to shut down legitimate operators.

In fact, another vast area in the San Juans, once one of the richest underground mining districts in the world, is now off limits to mining – not because of shoddy mining practices, but because incompetent and ideologically driven bureaucrats have been handed the reins to regulate access into oblivion.

Craig Liukko has owned and operated underground mining, mineral processing and manufacturing businesses for over 40 years. He has traveled to many countries in Central America, the Middle East and Africa, helping them create jobs – safely and ecologically.