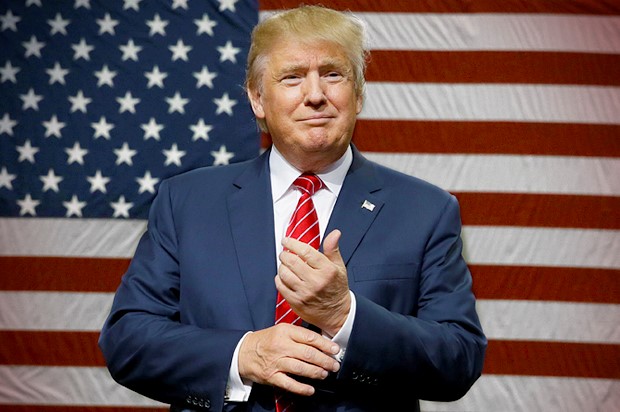 The U.S. House of Representatives and U.S. Senate both passed a continuing resolution (CR) to re-open the federal government, and President Trump got more out of the deal than either Speaker Nancy Pelosi or Minority Leader Chuck Schumer would like to admit.

The measure funds the government for a grand total of three weeks during which Democrats and Republicans in Congress have pledged to work together to hammer out an agreement on border funding, although there is no funding for a physical barrier along the U.S. – Mexico border in the CR. Trump’s critics and some of his supporters have pointed to his acceptance of this temporary funding bill as a betrayal of sorts – nothing could be further from the truth.

It’s true, the president didn’t get money for “a wall” or any agreement on border security in this CR, but his negotiating position just got much stronger.

First, the shutdown has created a schism within the Democrat party. Pelosi and Schumer’s members approached Republicans and the president admitting that the shutdown was working more to Trump’s favor than their own.

A handful of House Democrats are starting to quietly step away (and even outright abandon) Speaker Nancy Pelosi’s (D-Calif.) hardline strategy of rejecting funding for President Trump’s “immoral” border wall.  Their message: we don’t all represent San Francisco.

“I’d give him the whole thing . . . and put strings on it so you make sure he puts the wall where it needs to be,” Rep. Collin Peterson (D-Minn.) said. “Why are we fighting over this? We’re going to build that wall anyway, at some time.”

Trump gets a nationally televised, primetime address to control the message

Speaker Pelosi used the government shutdown as a reason to keep President Trump from using the largest megaphone available to him – the State of the Union Address (SOTU). While other addresses get coverage, the SOTU is carried live by every network, cable news outlet and online platform known to man. It is the best platform for Trump to make his case. Now that the government is open, Pelosi has to live up to her invite and allow it to happen in the U.S. House of Representatives on January 29 with the cameras rolling.

Democrats are on the clock to fix border security

Democrats asked for exactly this funding measure – a short-term CR to re-open the government while they negotiate in good faith with Republicans on border wall funding. Now, they have to put up or shut up. Both Nancy Pelosi and Chuck Schumer have publicly stated that this is the bill they wanted to see passed. They got what they asked for and now it’s time for them to live up to their commitment.

The socialist progressive agenda is sidelined

Democrats complained Friday that the shutdown was sidelining their progressive agenda.

“It’s holding back everything and it’s terrible because there’s lot of unfinished business and a lot of important work to do,” Tonko, the chairman of the House Energy and Commerce Environment and Climate Change Subcommittee, told reporters. “The shutdown is causing that disruption.”

So with just three weeks of funding, Democrats will continue to be distracted from their socialist agenda while leadership works to live up to the promises they’ve made on border security.

In three weeks, Trump gets what he wants – one way or another

During his Rose Garden speech, President Trump said that if Congress didn’t come up with funding for a physical barrier at the southern border, he would either shut down the federal government again or build the wall by other means.

He’s given up a whole three weeks to get EVERYTHING he wants. Not a bad trade.

In 21 days President @realDonaldTrump is moving forward building the wall with or without the Democrats. The only outstanding question is whether the Democrats want something or nothing.

I wish people would read or listen to my words on the Border Wall. This was in no way a concession. It was taking care of millions of people who were getting badly hurt by the Shutdown with the understanding that in 21 days, if no deal is done, it’s off to the races!

The next three weeks are going to be all about Trump, Trump’s agenda, and what Trump wants. No more articles about Suzie, who lives hand-to-mouth, not getting her paycheck. No more scare pieces about TSA employees calling in sick to work. None of that. It will be all about the border, border security and the safety of the nation. The press won’t have a choice.

To those who feel betrayed, understand that the president is playing the long game while Pelosi and Schumer pander to their unthinking base. While all this is going on, Democrats have accomplished and will accomplish exactly nothing.