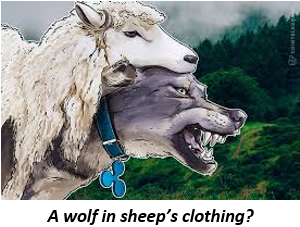 Where did this concept of control come from?  Regionalization has been around for thousands of years.

The Roman Empire used it for controlling territory half way around the known world.  When the Romans took control of newly won lands, they left the local officials in control, but placed a Roman governor over all officials to assure Rome’s edicts and laws were given precedence over all local laws and customs and to assure proper taxes were collected for Rome.

Today we have unelected entities using the same method to construct another layer of control over local political subdivisions, such as towns, cities and counties.

They use the lies of cost savings, streamlining, higher quality, and more effective utilization.  These buzzwords mean little in reality, because creating another layer of unelected bureaucracy, increases cost, reduces efficiency, and further removes a citizen from the levers of power.

We can see this on a local level when your town’s fire department or ambulance service is swallowed up by a larger entity which you have little or no control over. The new entity then uses its method of operation, which can downgrade your service, raise your taxes, or force new codes, and restrictions upon you for the good of the larger population group.

The farther a person is away from the levers of control, the less input and control you as a voter and taxpayer have.

Regionalization is another monster that needs to be eliminated from menu of governance.  One can see examples in the metroplexes that are formed in the US.  Elimination of small population groups (towns) are annexed or eliminated entirely in the rush for ever larger kingdoms for the bureaucrats to feed off.

Regionalization has another fatal flaw.  It can be used as a stepping stone for further consolidation of control of the populace, by folding these smaller regional entities into multi-state regions such as the Federal regions already mapped (FEMA).

BEWARE of the wolf in sheep’s clothing,

REGIONALIZATION in all its forms only serves the interests of the bureaucrats at the levers of power and not the citizens.