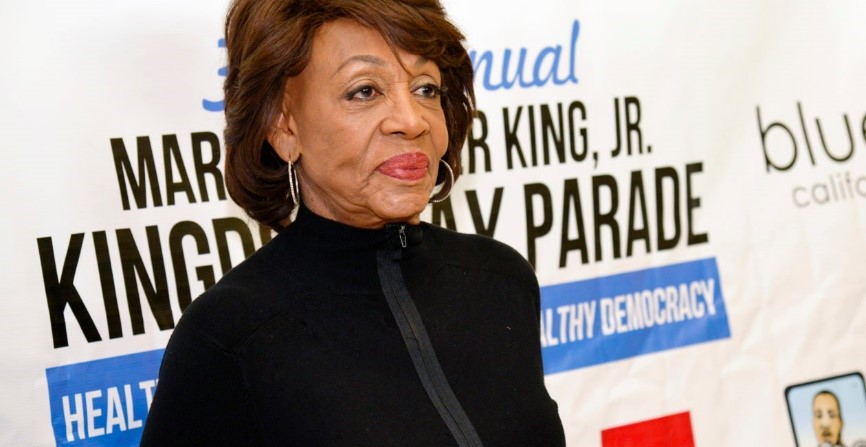 Rep. Maxine Waters, D-Calif., recently outlined her agenda as the new chairwoman of the House Financial Services Committee. Unfortunately, a continued misdiagnosis of the most recent financial crisis stoked her calls for perpetuating heavy government involvement in the housing market and further intrusion into other financial sectors.

The hints of bipartisanship outreach on several matters, meanwhile, smacked largely of cronyism.

Waters blamed “Wall Street running amok” for the foreclosures, unemployment, and stock market collapse. She said that “abusive institutions” had been “peddling toxic products like no-doc loans, interest-only mortgages, and other predatory products.”

No government agency, Waters said in her remarks Jan. 17, was responsible for “prioritizing consumer protection.”

She flatly declared that “Fannie Mae and Freddie Mac did not cause the financial crisis” and were not to blame for the “private market packaging those toxic, risky loans.”

Although fraud—on the parts of some lenders and many borrowers—certainly surged during the housing bubble leading up to 2008, this proved a symptom rather the primary culprit of the excesses. That honorific lies with the decision of politicians to embark on a plan of increasing home ownership and expanding credit access.

To accomplish this mission, the government used a combination of “affordable housing” mandates and implicit federal guarantees of mortgages purchased by the two leading government-sponsored entities—Fannie Mae and Freddie Mac.

Thanks to these mortgage guarantees, credit flowed, prices soared, and everyone—Realtors, mortgage brokers, banks, investors, builders, and homeowners—seemed to win until the bottom dropped out. A large part of the entire housing sector proved largely a house of cards.

Refusing to acknowledge this harsh reality only serves to perpetuate the problems leaders of all political stripes hope to solve.

Waters rightfully labeled housing affordability a “crisis.” The government continues to guarantee the vast majority of residential mortgage debt, helping to flood the market with capital. And the Federal Reserve continues to allocate through fiat a disproportionate amount of capital to the housing market through its hundreds of billions of purchases of mortgage backed securities).

With this in mind, it’s no surprise that unaffordable housing continues to plague the nation. After bottoming out 27 percent below the peak, home prices have spiked 54 percent since 2012, more than quadruple the rate of inflation. Inflation-adjusted home prices are near the frothy levels of 2004—within striking distance of the bubble’s climax in 2006.

In her remarks, Waters articulated principles of housing finance reform centered on “maintaining access” to housing credit for “all qualified borrowers that can sustain homeownership.”

A dive into the details of plans to provide this access shows a perpetuation of government mortgage subsidies, guarantees, and mandates. A swath of special interests in the business community may benefit—at least temporarily—from this. But taxpayers bear the ultimate risk of these mortgages souring; homeowners bear the costs of inflated prices and the possibility of another severe decline.

Now Waters is calling for an increase of more than $13 billion in federal spending over five years through the Ending Homelessness Act, including vouchers and rental subsidies. Nearly half of this additional spending stems from bolstering revenue available to the Housing Trust Fund.

In order to further affordable rental housing, Freddie Mac and Fannie Mae already set aside 4.2 basis points of every dollar of unpaid principal of new business purchases for the Housing Trust Fund and the Capital Magnet Fund. This required set-aside adds more than $120 to a $300,000 mortgage.

These efforts too often attempt to paper over the mental illnesses, foundational social problems, and errant local government policies that contribute to many instances of homelessness. One thing is for certain: Politicians and a narrow set of special interests benefit from the billions of dollars flowing to favored developers and organizations from these funds.

Waters also promised to re-empower the Consumer Financial Protection Bureau in furtherance of her goals. Prior to the Trump administration, the CFPB threatened to choke financial innovation and entrepreneurship under the guise of protecting consumers.

Rather than prod the CFPB into paternalistic regulating every corner of our financial system, the focus should be on cracking down on fraud and promoting adequate disclosures and transparencies.

Office of Management and Budget Director Mick Mulvaney, who served for more than a year as director of the CFPB, reined in many of its most egregious overreaches. Waters hopes to undo this progress through her Consumers First Act.

One hint of the Waters approach to regulation is her proposal to “reduce the time period that negative items stay on credit reports.” It is not clear why the federal government needs to mandate this time period. As it stands now, a government-insured mortgage loan with only 3.5 percent down is available just two years out of bankruptcy.

This move threatens to handicap the ability of lenders and investors to determine the credit worthiness of possible borrowers. This likely will result in a combination of higher overall interest rates to compensate for the increased risk, along with a tightening of credit standards in other regards.

Of particular concern is how Waters will approach the financial technology (fintech) sector, which is rapidly transforming the capital markets. Entrepreneurs and consumers alike increasingly use fintech solutions to leap past limitations imposed by banks, credit unions, or the equities markets.

Waters promised to “encourage responsible innovation with the appropriate safeguards in place.” This sounds laudable; but the devil is always in the details. Of particular concern is her attempt to delay advancement in awarding national bank charters for fintech firms.

Despite the heated rhetoric, Waters also promised to embrace bipartisanship where possible. Often this term is merely code for advancing cronyism—such as her support for reauthorizing government-subsidized national flood insurance and the Export-Import Bank.

However, the new chairwoman’s remarks also give rise to some optimism that she may embrace commonsense initiatives to enable businesses to raise funds more easily.

In laying out her agenda, Waters touted her recent work to enact legislation called the Supporting America’s Innovators Act.

The law previously required venture capital funds to register with the Securities and Exchange Commission once their number of investors exceeded 100. In terms of both time and money, these registration costs deterred investments in upstart businesses. Lifting the threshold to 250 investors is allowing additional capital to flow to entrepreneurs—spurring economic growth and expanding investment opportunities.

Waters also mentioned her work on the Fix Crowdfunding Act, which potentially could provide some further exemptions from the SEC’s reporting requirements for companies raising funds.

We must learn the lessons of history: Well-intentioned government policies can lead to negative economic consequences. In this regard, the vision expressed by Waters to continue many of the policies of the current housing finance system falls short.

However, her demonstrated openness to reforming some investment regulations related to rapid developments in crowdfunding are promising. Our economic future is directly affected by the capacity of political leaders to pursue pragmatic policies over blind ideology, partisan interests, or political favoritism.

Joel Griffith is a research fellow in the Roe Institute at The Heritage Foundation.