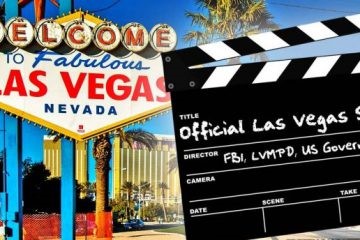 An anonymous donor has reportedly offered to pay $62,500 to destroy evidence in the Las Vegas shooting that occurred October 1, 2017.  This comes at the same time that the FBI admits after all this time, they still don’t have a clue as to motive even though the Islamic State claimed responsibility on three separate occasions.

According to a report from CNN, the reason for the anonymous donor donating money to destroy the guns that were discovered in the hotel room of Stephen Paddock is because family members of those killed are contemplating whether they should be destroyed or sold and the proceeds go to the families.

Now an anonymous donor has donated $62,500 to ensure that guns owned by the shooter, Stephen Paddock, are destroyed, according to an attorney for a court-appointed administrator handling the shooter’s estate. The collection as a whole has been appraised at a value of about$62,300.

Alice Denton, the attorney for the special administrator of Stephen Paddock’s estate, confirmed to CNN that the money had been deposited into her trust account.

But the special administrator — tapped by a court judge after Paddock’s mother ceded her son’s estate to his victims — needs court approval for anything regarding the estate, Denton said, including the potential destruction of the guns.

She said she expects a hearing before a probate judge in early March.

The donor first reached out to the New York Times, Denton told CNN, who put him in touch with Denton in early January. The donor — who the Times described as a “San Francisco software executive” — told the newspaper he simply wanted to “alleviate some of the pain” for the victims’ families. His only stipulation for the money was that the guns be destroyed, the Times reported.

“I think the families would feel better if the weapons are gone,” he said.

If the judge approves the destruction of the guns, the donor’s $62,500 would then go into Paddock’s estate and eventually be disbursed to the families of the 58 victims who were killed in the massacre.

But if the judge does not allow the weapons to be destroyed, the money would be returned to donor, said Denton, who described him only as a “very compassionate person.”

There are alleged to be at least 47 guns that Paddock owned, and yet, we still have not been told whether any of those that had bump stocks were actually fired, which was the catalyst for President Trump’s unconstitutional bump stock ban.

While several want the guns destroyed, not all of the families are in favor of it.

Rick Friedman, a lawyer representing the family of another shooting victim, tells CNN that they do not want the weapons used in the attack destroyed. The family is considering litigation against the manufacturers of the guns used in the shooting, and says they should be preserved as evidence. ‘The family does not care about guns that were not used in the shooting being destroyed,’ Friedman told CNN, ‘…but guns that were used in shooting, they want preserved until any legal stuff is over.’

It was also noted on Tuesday that the FBI had failed to determine a motive for the shooting.  However, the Las Vegas Review-Journal reports:

“Throughout his life, Paddock went to great lengths to keep his thoughts private, and that extended to his final thinking about this mass murder,” the report stated. “Active shooters rarely have a singular motive or reason for engaging in a mass homicide.”

The newly released report marks the first time the FBI has released any documentation from its investigation of the 10-minute attack, which left 58 concertgoers dead and more than 800 injured.

In a list of 10 key findings, it paints a picture of a largely apathetic man, declining in physical and mental health as he aged, who may have seen the attack as a way to attain infamy.

Investigators found no suicide note, video, manifesto or other form of explanation regarding the attack. The agency also found no evidence that Paddock was motivated by any ideological or political beliefs.

Instead, they determined that Paddock wanted to die by his own hands, possibly seeing suicide as an act of control in a life that seemed to keep spiraling into decline as he grew older: His financial status fell, his level of functioning slowly diminished, and he grew increasingly distressed at his inability to remedy those issues, the report said.

The experts concluded that Paddock’s desire to die by suicide “was compounded by his desire to attain a certain degree of infamy” through a mass casualty attack.

In that aspect, the report noted, he may have been influenced by his father, a convicted bank robber who escaped federal prison in 1968 and landed on the FBI’s Ten Most Wanted Fugitives list. He was arrested nearly a decade later, largely absent from Paddock’s life, and died in 1998.

“Paddock’s father created a facade to mask his true criminal identity and hide his diagnosed psychopathic history, and in so doing ultimately achieved significant criminal notoriety,” according to the report.

So, after all of this, the FBI can’t seem to target a motive for what is the largest mass shooting in US history.  How can this be?  Is it because they are being truthful or are they a part of a cover-up?  Considering what we’ve seen from the FBI since before September 11, 2001 to the present, I’m not so confident that we are being told the truth.  What about you?

-Published with Permission of GunsInTheNews.com–