You Won’t Believe What Obama Did in South Africa 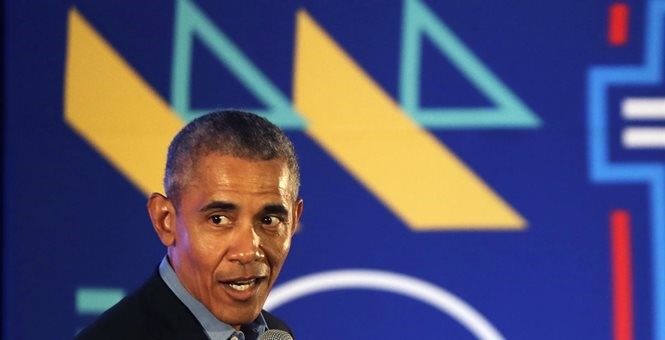 You Won’t Believe What Obama Did in South Africa

Do you know what Obama did in South Africa?

You’re not going to believe it. It’s the biggest disgrace in the history of the U.S. presidency. But the mainstream media won’t say a word- it’s a total blackout.

This is (as Obama would say) a “teachable moment.”

Remember it was Obama who first separated illegal alien parents from children. The media said nothing. When Trump did it, he was a “Nazi” and racist. Suddenly it was compared to the Holocaust.

Can you even imagine if President Trump used the IRS to go after liberal critics, liberal groups, Black Lives Matter, or the NAACP? I can’t even imagine the protests, rioting, Million Man Marches and screams for the impeachment and prosecution of Trump.

That brings me to one of the most incredible examples in the history of the U.S. media. It happened in South Africa two weeks ago. You’re won’t believe what Obama did. Nor will you believe the mainstream media has chosen to cover it up. But they did.

Anyone remember apartheid? That was the political and economic system of South Africa that saw blacks purposely kept in misery and poverty by the white minority. It was illegal for blacks to own property. This was a horrible, inhumane, evil system. Americans of all races and political ideologies should have been offended and outraged by apartheid.

But are you aware South Africa has a new version of apartheid? I’ll bet you’re not. No one in the U.S. media has covered it. No headlines this time around. As a matter of fact, not a word. To my knowledge, only one national TV or radio host in the country has been exposing this terrible new apartheid for months on end- yours truly.

Only because in my second career as a business speaker, I’ve lectured on entrepreneurship all around the world. I’ve spoken a half dozen times in South Africa. I’ve given speeches in front of thousands in Johannesburg, Cape Town and Durbin. I’ve gotten to know the people of South Africa. I’ve made many wonderful friends for life.

South African President Cyril Ramaphosa and his ruling ANC (African National Congress) have made it legal to forcibly take land from white farmers and property owners. That was the first step.

Now comes the next radical step. The president and his Congress are changing the Constitution to allow the South African government to forcibly take any white person’s land, this time without any compensation. Pure theft. Because of the color of their skin, white families are left in poverty. Left homeless. Left without a livelihood.

Worse, the president and several of his political allies have threatened to murder white property owners who refuse to hand over their property. They actually said they have no plans at the moment for a “genocide.” The inference being that if white farmers and property owners put up a fight, the next step will be a genocide.

An emboldened citizenry is already taking matters into its own hands. A UK newspaper reports one white farmer is murdered every five days in South Africa. Hundreds of white land owners have been killed or badly injured in mob attacks since 2016.

Enter Obama. The former U.S. president recently accepted a speech in South Africa. He undoubtedly collected a fortune for that speech. That’s called “blood money.” Obama was paid with money tainted by racism, theft and murder. How badly does an ex-president need money? Why would he accept this money?

Worse, he didn’t use that platform to say a word about the new apartheid.

Worse yet, he stood on that stage next to the president of South Africa, lending him credibility.

Then, worst of all, he praised the president who presides over a country stealing white-owned land, murdering whites and threatening genocide.

This could be the most disgraceful speech ever by a former U.S. president. Yet the media said nothing.

President Trump calls Don Lemon of CNN “dumb” on Twitter. It creates a media firestorm. Trump “must be a racist.”

Obama praises the president of a nation murdering and robbing white people because of their race. No one says a word.

What Obama did in South Africa should the biggest news in America. The fact that you never even heard about it tells you everything about the fraud, deceit and fake news of the mainstream media.