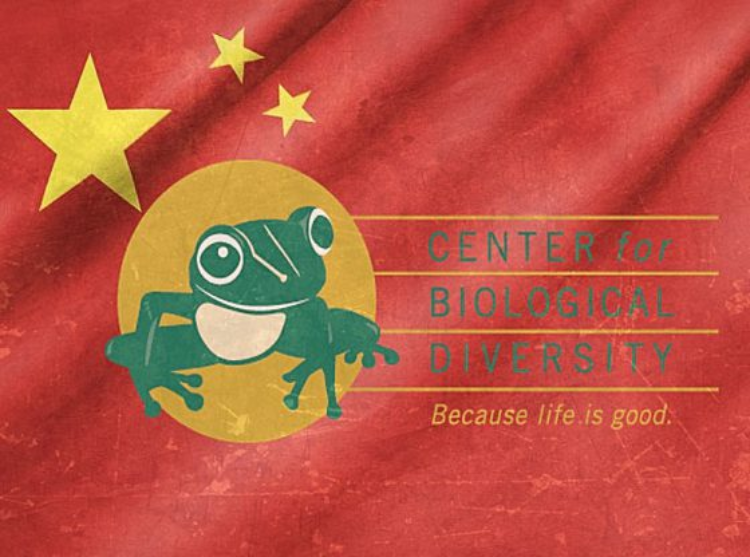 …we are interested in environmental litigation by U.S.-based 50l(c) organizations against the Department of Defense (Department) and its negative impact on our national security. While some lawsuits represent sincere and justified concerns about the effect of federal actions on the environment, others may be maliciously filed to stop, restrict, delay, or impose additional costs on U.S. military activities.

On June 13, the House Committee on Natural Resources penned a letter to Defense Secretary, General James Mattis asking for his department to look into the involvement of hostile foreign entities in domestic environmentalist activism and policy formulation. Referring to this form of foreign attempts to create U.S. policy as “lawfare,” the Committee cites evidence that American environmental special interests, including the Natural Resources Defense Council and Center for Biological Diversity, are doing the bidding of China, a key economic and military adversary.

The body of the letter to Mattis follows (emphasis added):

The Committee on Natural Resources is continuing its oversight of the potential manipulation of tax-exempt 501(c) organizations by foreign entities to influence U.S. environmental and natural resources policy to the detriment of our national interests. Specifically, we are interested in environmental litigation by U.S.-based 50l(c) organizations against the Department of Defense (Department) and its negative impact on our national security. While some lawsuits represent sincere and justified concerns about the effect of federal actions on the environment, others may be maliciously filed to stop, restrict, delay, or impose additional costs on U.S. military activities. Military experts define, “[t]he environmental subset of lawfare [as] the use or misuse of environmental-protection laws and legal processes as a substitute for traditional military means to achieve objectives.” Adequate infrastructure and training under real-life conditions for our warfighters is critical to military readiness. Given the emerging concerns about undue foreign influence in the United States, the Committee is investigating how foreign adversaries may use U.S.-based 501(c) organizations as knowing or unknowing proxies to engage in environmental lawfare.

A glimpse into the seriousness of China’s intelligence operations in the United States was recently offered by the arrests of a former Defense Intelligence Agency case officer last week, and a former Central Intelligence Agency case officer earlier this year on charges of spying for China. A recent Chinese cyberspace operation was also disclosed last week, when the media reported that Chinese government hackers gained access to 614 gigabytes of highly classified information on a sensitive weapons project, “as well as signals and sensor data, submarine radio room information relating to cryptographic systems, and the Navy submarine development unit’s electronic warfare library.” These latest acts of espionage are “part of China’s long-running effort to blunt the U.S. advantage in military technology and become the preeminent power in East Asia.”

While China’s intelligence or cyberspace operations are more clearly identified when agents or attacks are uncovered as much as an overt act of irregular warfare, its employment of lawfare is inherently more difficult to detect. Some experts believe that China “masks its political motives behind laudable human-interest or cultural projects, blurring the battle line with its adversaries.” Other recent media reports also note that China’s strategy includes “co­ opt[ing] American influencers in order to promote China’s narrative.” A logical extension and continuation of these strategies, conceivably includes the use of the American legal system to further erode U.S. military advantage, especially in the Asia-Pacific region.

Permanent military installations in Hawaii, Guam, Japan, and elsewhere are critical to U.S. security commitments in the Asia-Pacific region. Military infrastructure projects and training, however, are no more immune from environmental litigation and review than any other federal actions. Military actions in the Asia-Pacific region have triggered lawsuits by 501(c) organizations seeking to halt or restrict Department activities based on alleged violations of various state and federal environmental and natural resources laws.

For example, the impact on marine life from the U.S. Navy’s use of active sonar and underwater explosives has been the subject of several lawsuits led by the Natural Resources Defense Council (NRDC) dating back to the 1990s. In an information paper provided to the Committee, the Navy stated that environmental litigation has “on various occasions unreasonably restricted Navy training and testing activities and do, on a daily basis, limit the time, place, and types of training and testing activities that Navy is able to conduct.” Active sonar is the most effective means of detecting the ultra-quiet diesel electric submarines deployed by foreign navies, such as China’s People’s Liberation Army Navy. The U.S. Supreme Court determined that there has never been a “documented episode of harm to a marine mammal” caused by naval sonar. Nevertheless, the lower courts continue to rule that active sonar may be a “contributing factor” to the beaching, stranding, and injuring of some marine mammals. These conclusions have led courts to enjoin or severely restrict naval training exercises. Most recently, on June 6, 2018, the NRDC appeared before the California Coastal Commission and successfully petitioned the Commission to reject the Navy’s most recent proposed training plans for exercises off the Southern California coast.

In another example, the U.S. Army previously provided the Committee information highlighting the “extensive efforts at considerable cost [that] have been made to preserve,  protect, and out-plant [endangered] species [on O’ahu, Hawaii].” Dating back to 1998, the litigation activist group, Earthjustice, alleged that the Army violated the National Environmental Policy Act (NEPA) and filed suit to prevent planned live-fire exercises at the Makua Military Reservation (Makua) in O’ahu. With the exception of a three-year period following the September 11, 2001 terrorist attacks, repeated lawsuits by Earthjustice have prevented the Army from conducting live-fire exercises at Makua for at least,15 years of the last two decades. Makua was described as a unique “space to allow a company of soldiers to maneuver through the terrain while firing their weapons and experiencing the thunderous impact of artillery and other weapons exploding near them.” The then-25th Infantry Division’s Assistant Commander Brigadier General Karl Eikenberry remarked that “You don’t want to experience that sensation for the first time in combat, with all of the other stress you face.”

In 2003, the Center for Biological Diversity (CBD) led a coalition of environmental groups to legally prevent the relocation of U.S. Marine Corps (USMC) Air Station Futenma in Okinawa, Japan, to a less densely populated area. The plan to relocate the air station was devised upon agreement by the United States and Japan that the current location posed various challenges, including those to the health and safety of Japanese citizens in surrounding areas.

CBD, however, filed suit that the new location would violate the National Historic Preservation Act (NHPA) based on the alleged adverse effects the new location would have on the Okinawa dugong, a marine mammal. CBD argued that dugongs are “associated with traditional Okinawan creation mythology, sometimes being considered the progenitor of the local people.” Despite the Japanese environmental review concluding there would be no adverse impact to the Okinawa dugong, the CBD claimed that by virtue of the dugong’s cultural significance under Japanese law, it is “equivalent” to being listed in the U.S. National Register of Historic Places, and therefore protected under the NHPA. As of the date of this letter, relocation of the base has not commenced even in the midst of growing political support in Japan. Notably, the U.S. Ambassador to Japan previously expressed the necessity of relocating the base to “maintain[] [military] readiness, which is critical at a time like this when the North Korean regime is putting so much pressure on national security in the region.”

As part of U.S. efforts to address the on-going issues in Okinawa, the USMC attempted to relocate thousands of U.S. marines from Japan to Guam. After years of negotiations between the United States and Japan, an agreement was finalized in 2012 to redeploy 5,000 marines from Okinawa to Guam with the relocation of related training activities from Okinawa to the Northern Mariana Islands of Tinian and Pagan. In 2016, Earthjustice represented a coalition of environmental groups, including the CBD, to sue the USMC for its proposed· redeployment to Guam. Earthjustice claimed that the USMC violated NEPA because it failed to consider “all the impacts associated with the relocation and training” in a single environmental impact statement (EIS), and failed to consider other locations for stationing and training the marines. While litigation is pending, the Department is enjoined from transferring the marines current!y based in Okinawa until a second EIS is completed. The Department expects to complete the draft of the second EIS in late 2018 or early 2019.

Continued litigation seems inevitable as Earthjustice has repeatedly accused the Department of failing to fully disclose the impact of training exercises.

These lawsuits represent a mere snapshot of the scores of serious legal challenges that impede our nation’s military readiness. For our foreign adversaries, such lawsuits may serve as an inexpensive tool or a military windfall which reduce U.S. defense capabilities. Accordingly, environmental groups that bring such lawsuits may be knowingly or vulnerable to unwittingly serving as proxies for our foreign adversaries. Experts believe that proxy environmental organizations can “achieve significant leverage, building on the infrastructure, strategic communications, and other achievements of the scores of legitimate groups.” Moreover, “from the adversary’s viewpoint, [proxy environmental organizations] could perform as self-funded, self- sufficient, and perpetual ‘ launch and forget’ weapons.”

See the full text of the letter with footnotes here

-Reprinted with Permission of FreeRangeReport.com-