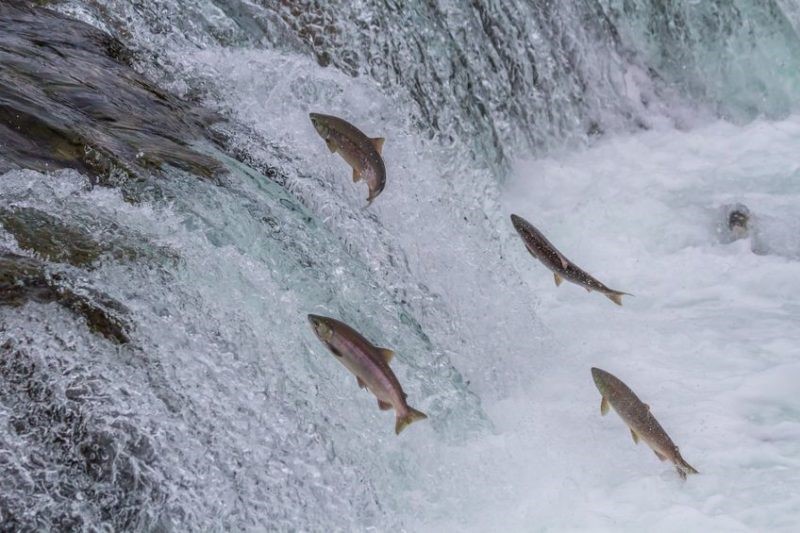 This law should be fully celebrated as a win for conservation!

The goal of the bill is to ensure the survival of endangered salmon, steelhead, and other native fish species in the Columbia River system—which have been significantly depleted by voracious California sea lions in recent years. It will allow various stakeholders, including tribal members and government fish managers, to remove these animals using both lethal and non-lethal means to remove these predatory sea lions in areas where they posed the greatest harm to the fish in question.

This reform is being applauded by conservationists and others as a boon to the health of various salmon species in the Pacific Northwest. They argue it will bring much-needed clarification to seal management efforts in the affected area where salmon populations have been on the decline.

This bill will amend the Marine Mammal Protect Act of 1972, which prohibits the taking of all marine mammals—cetaceans (whales, dolphins, and porpoises), pinnipeds (seals and sea lions), sirenians (manatees and dugongs), sea otters, and polar bears— without a permit within U.S. waters. The current law’s language directly states people cannot harass, feed, hunt, capture, collect, or kill of any mammal animal, specifically sea lions, under the law. This new law will allow Washington, Idaho, Oregon and local tribes to kill up to 920 sea lions each year. It’ll be much-needed clarification to sea lion management without taking a toll on the species as a whole.

Here’s more on the permit rules associated with the new law:

Permit holders would first have to capture, brand and monitor a problem sea lion caught eating endangered fish for at least five days, and try legal hazing techniques to deter them before killing them using “chemical methods.”

The permits are good for up to five years and the federal government will need to study whether the program proves effective.

The Endangered Salmon Predation Prevention Act will direct the National Oceanic and Atmospheric Administration (NOAA) to issue five-year permits for the lethal and non-lethal extraction of sea lions as long as the sea lion population isn’t depleted. States and Native American tribes will be able to qualify for permits. These include the states of Washington, Oregon, and Idaho. Participating tribes will be the Nez Perce Tribe, the Confederated Tribes of the Umatilla Indian Reservation, the Confederated Tribes of the Warm Springs Reservation of Oregon, the Confederated Tribes and Bands of the Yakama Nation, the Columbia River Inter-Tribal Fish Commission, and the Cowlitz Indian Tribe.

The Pacific salmon is currently listed as an endangered species by the U.S. Fish and Wildlife Service (USFWS). NOAA has reported that sea lions have killed the most spring Chinook salmon and steelhead in 2018—the highest kill rate recorded since 2011. The Oregon Department of Fish and Wildlife has found that the Willamette Winter Steelhead run, for instance, has a 90 percent chance of extinction if the sea lion population isn’t properly culled. That wouldn’t bode well for anglers, conservationists, and scientists who are keen on seeing the salmon species thrive and survive.

The bill was passed to the president on December 13, 2018. The House of Representatives version was co-sponsored by Rep. Jamie Herrera-Butler (R-WA) and Rep. Schrader (D-OR). The Senate version passed by Unanimous Consent on December 11th.

-Published with Permission of Cfact.org-