Victory for Election Integrity in Michigan 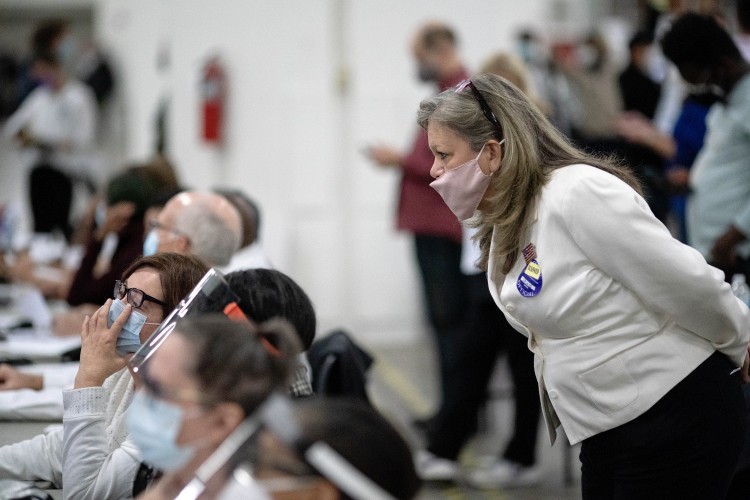 Victory for Election Integrity in Michigan

Election integrity advocates in Michigan are celebrating a court victory over two state officials’ overreach in regard to guidelines for poll challengers and poll watchers.

The lawsuit involved two consolidated cases, both against Secretary of State Jocelyn Benson and Director of Elections Jonathan Brater. Plaintiffs included the Michigan Republican Party and the Republican National Committee, along with candidates for the state legislature and other individuals who are designated election challengers for the 2022 midterms.

At issue was the May publication by Benson and Brater of their latest update to “The Appointment, Rights and Duties of Election Challengers and Poll Watchers,” a manual in use since 2003. Plaintiffs argued that the update includes more than mere instructions or guidance as it has in the past. They said that Benson and Brater are trying to circumvent Michigan election law, using the manual to illegally impose binding rules on challengers and poll watchers.

On October 20, Fourth District Judge Brock Swartzle ruled in favor of the plaintiffs, stating that an “executive-branch department cannot do by instructional guidance what it must do by promulgated rule.”

According to court documents provided to The New American by attorney Ann Howard, who is representing five of the plaintiffs, there are five unpromulgated rules at stake.

Novel uniform credential documents required of poll challengers. “This is different from years past, when political parties have issued custom credential forms to their own challengers,” as authorized by the state Legislature.

Language preventing political parties from appointing poll challengers on election day. The manual claimed that challengers could only be appointed “until Election Day,” contrary to state law.

Limiting poll challengers to communicating only through an election inspector designated as a “challenger liaison.” Swartzle noted that this provision “goes well beyond what is provided in law and impermissibly restricts a challenger’s ability to bring certain issues to any inspector’s attention.”

Restricting electronic devices in absentee ballot counting facilities. The manual is unclear about whether this applies to all poll workers, but it specifically targets only poll watchers and challengers with penalties for violating this unpromulgated rule. The judge found that “there is nothing in the Michigan Election Law that precludes a challenger from merely possessing an electronic device” during his course of duty.

Unprecedented classification of some poll challenges as “impermissible,” thereby circumventing state law that requires all challenges to be recorded. The updated manual also illegally threatens with removal from the polling or processing facility all challengers who make “repeated impermissible challenges.”

“Jocelyn Benson and Jonathan Brater’s unconstitutional changes to MI election law would essentially make poll challengers subject to the whims of election workers and place them in a position where hostile election workers … have the ability to overrule objections made by election poll challengers and have them thrown out of the counting centers,” writes Patty McMurray on her website 100 Percent Fed Up.

McMurray witnessed the Benson/Brater rules in action during Michigan’s August 2 primary election and caught on camera third-party security personnel who threw out one poll challenger “for asking too many (legitimate) questions about ballots” and other violations he witnessed.

The challenger thrown out that day was Braden Giacobazzi, one of the plaintiffs in the Swartzle court case. Though validly credentialed by the independent Michigan Citizens for Election Integrity, he endured ongoing harassment by security personnel during his 10-hour shift at Detroit’s absentee ballot counting center in his testimony published by McMurray. In response to each confrontation, he cited state election laws that defended his work, but says that “multiple times” the answer was, “I don’t care about the law; all that matters here are my rules.”

Regardless, he pointed out numerous problems, such as ballot tabulators connected to the internet, a scanned ballot that failed to register in the poll book, and multiple “errors in red that would pop up on the poll book screen that were simply being dismissed.” Said Giacobazzi, “I asked the table supervisors what this meant, and one of them said, ‘I don’t know. I was just told to push it through when it happens.’”

The Michigan Republican Party is hopeful that Thursday’s court ruling will restore lawful conditions for poll watchers and challengers. “This legal win will help deliver the transparency needed in our elections, and it sends a clear message to Jocelyn Benson and her Democrat cronies that meddling in our elections to their benefit won’t be tolerated,” said Ambassador Ron Weiser, chairman of the Michigan GOP, in a statement on the group’s website.

“This ruling is a massive victory for election integrity, the rule of law, and Michigan voters,” agreed Republican National Committee chairman Ronna McDaniel in her posted comments. “Jocelyn Benson not only disregarded Michigan election law in issuing this guidance, she also violated the rights of political parties and poll challengers to fully ensure transparency and promote confidence that Michigan elections are run fairly and lawfully.”

Election integrity specialists question whether correcting a single instruction manual could accomplish that much, and Howard told The New American that the plaintiffs anticipate an appeal to Swartzle’s ruling in the coming days.

With midterms less than three weeks away, however, Benson and Brater will have to abide by the ruling that enjoins them from “using or otherwise implementing the current version of the May 2022 Manual.” Instead they must rescind or revise it to bring it into conformity with the law.