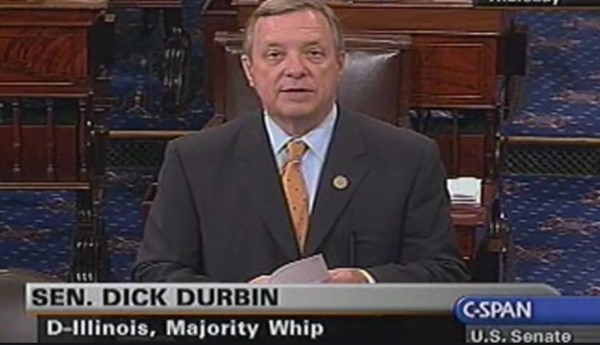 If the coronavirus pandemic has been the best thing to ever happen to Democrats then events in Washington on Wednesday have given their authoritarian tendencies an injection of steroids.

The same people who have locked down the nation and endorsed the idea of sending armed police to break up Thanksgiving dinners are moving with lightning-fast speed to eliminate those who oppose their anti-American agenda by redefining dissent as terrorism.

The brief occupation of the U.S. Capitol by Trump supporters and Antifa provocateurs has opened a box of horrors with the most fascistic policy proposals spilling out as Dems sense an opportunity to permanently put America under one-party rule.

From the minute that establishment puppet Joe Biden declared that those who stormed the Capitol were domestic terrorists and insurrectionists, the Rahm Emanuel principle of never letting a good crisis “go to waste” has been used with a flurry of oppressive and dangerous new laws set to be rolled out.

One of the point persons for the coming reign of terror to be waged against all who have supported President Trump is Illinois Senator Dick Durbin who once compared U.S. troops to Nazis.

In the wake of Wednesday’s attack on the Capitol, Illinois Sen. Dick Durbin plans to reintroduce the Domestic Terrorism Prevention Act.

The bill was first introduced by Durbin and Brad Schneider of Illinois last fall. It passed in the House, but went nowhere in the Senate.

Sen. Durbin is now hoping that will change.

“After the attack on the Capitol, I hope that congress can finally come together and do something to address this threat,” said Sen. Durbin.

Sen. Durbin’s Domestic Terrorism Prevention Act would establish government offices at the DOJ, FBI and Department of Homeland Security to prevent future attacks, like the one this week at the US Capitol.

“It would require these offices to regularly assess the domestic terrorism threat,” said Sen. Durbin.

Durbin was among those on the chamber floor when it came under attack Wednesday.

“Someone broke through the door in a suit, went up to the VP and literally dragged him out of his chair and off the podium. It was a secret service agent,” said Sen. Durbin.

There are some who are comparing the incident at the Capitol to the 1933 Reichstag Fire when the real Nazis torched their own government building and blamed it on a mentally impaired communist in order to create the pretense that led to Hitler’s seizure of sweeping powers – we all know how that turned out.

Another Democrat who is making it clear that the Biden regime will be declaring war on Trump supporters is CIA asset turned Congresswoman Elissa Slotkin of Michigan.

“The post 9/11 era is over. The single greatest national security threat right now is our internal division. The threat of domestic terrorism. The polarization that threatens our democracy. If we don’t reconnect our two Americas, the threats will not have to come from the outside.”

In other words, it’s now open season on Trump supporters in what will be a brutal campaign carried out by the enemies of democracy.

Rest assured that the same rules will never be applied to the Democrat shock troops in Black Lives Matter and ANTIFA who waged a months-long spree of domestic terrorism over the summer.