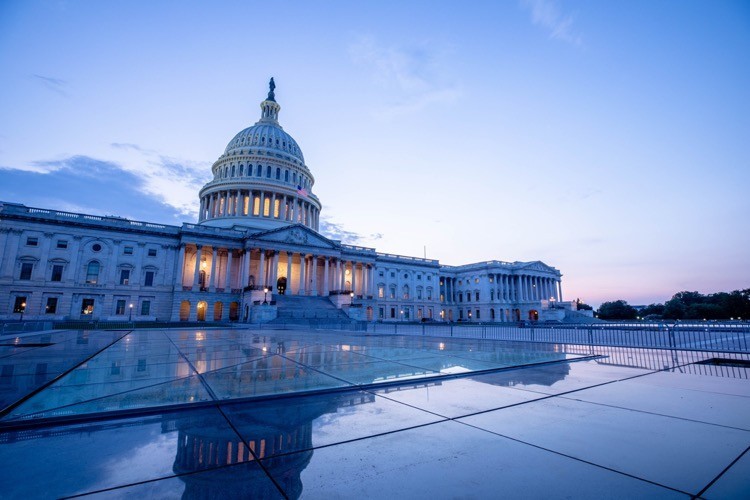 Congress passed a $2.3 trillion government funding and coronavirus relief package on Monday. President Trump is expected to sign the bill into law, but Americans are in dismay over what they perceive to be massive amounts of pork tacked onto the legislation.

The 5,590-page bill, which contains $1.4 trillion to fund the government and $900 billion for COVID-19 relief, was posted online for public viewing on Monday afternoon, giving no time for any analysis that would make a meaningful impact on the bill before it came up for a vote.

The legislation was full of aid to foreign countries, including $33 million for “democracy programs” in Venezuela.

Some foreign-aid figures from the bill:

Notably, the bill spends hundreds of millions of dollars to secure the borders of other countries, specifically those in the Middle East.

Jordan, for example, will get up to $500 million in American taxpayer funds “to provide assistance to the Government of Jordan to support the armed forces of Jordan and to enhance security along its borders.”

The bill’s coronavirus relief measures include $284 billion for another round of small business aid through the Paycheck Protection Program (PPP), along with a $300-per-week federal unemployment boost for 11 weeks, money for schools and hospitals, and an extension of the eviction moratorium.

Individuals will receive a $600 stimulus check and married couples $1,200, with an additional $600 per child. Many observers, however, voiced their dissatisfaction on social media, rebuking lawmakers for what they considered an inadequate amount of aid while spending Americans’ money on foreign aid and pet projects.

The legislation, however, did include $1.375 billion for 56 miles for President Trump’s border wall, though it’s uncertain how that will be implemented should Joe Biden become president in January.

Senator Rand Paul (R-Ky.) deeply criticized fellow Republicans who voted for the bill in the Senate.

“To so-called conservatives who are quick to identify the socialism of Democrats: If you vote for this spending monstrosity, you are no better,” Paul said in a speech that went viral.

“We are $27 trillion in debt today. How do we expect a child to have the economic opportunity when this crushing debt is their inheritance from Congress?” the senator added.

In the House, the legislation passed 359-53. House leadership split it into two votes, one for the coronavirus relief and another for the funding legislation. All who voted against the portion that contained the coronavirus relief were Republicans, with the exception of two Democrats — Representative Tulsi Gabbard (Hawaii) and Squad member Rashida Tlaib (Mich.) — along with independent Justin Amash.

President Trump has until December 28 to sign the bill. The White House has said the president will sign the deal, with spokesman Ben Williamson saying the commander-in-chief “has pushed hard for months to send Americans badly needed financial relief.”

Once again, the swamp has spoken. Future generations are being saddled with unprecedented levels of debt so that the establishment can continue funding its pork-ridden agenda under the guise of providing relief to struggling Americans.