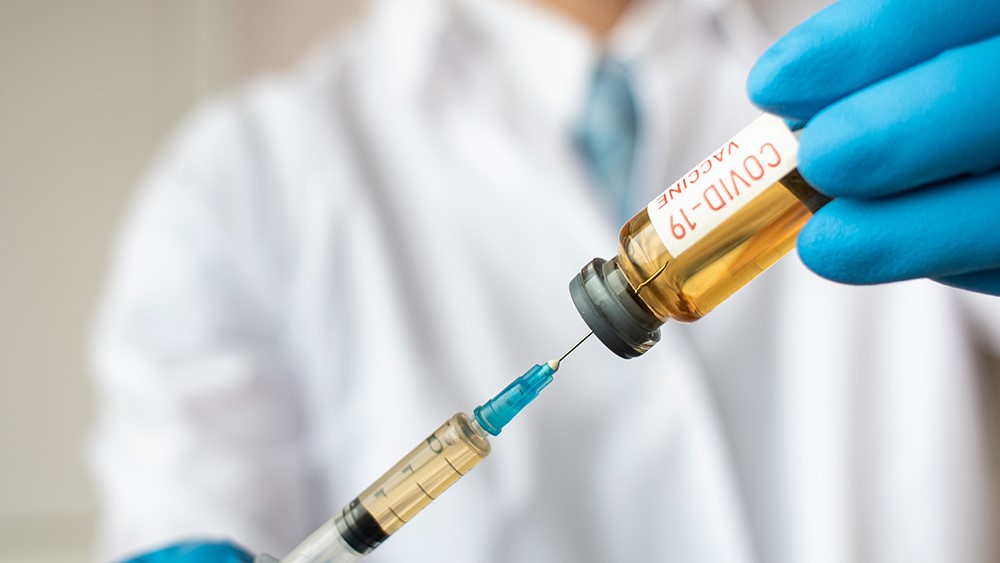 If you are even just considering getting vaccinated for the Wuhan coronavirus (COVID-19), Robert F. Kennedy Jr. has a message for you: don’t do it!

The nephew of former president John F. Kennedy recently issued a public statement urging people everywhere to avoid the COVID-19 jab at all costs because it contains an untested new technology known as mRNA, the long-term side effects of which are completely unknown.

mRNA directly alters the genetic material of those who receive it, much like what happens when “scientists” genetically engineer (GMO) food crops like soybeans or corn to make them resistant to bugs or drought.

“This intervention can be compared to genetically modified foods, which are also very controversial,” Kennedy says.

Unlike all other vaccines, the genetic damage of which is not necessarily permanent, mRNA genetic damage is “irreversible and irreparable,” Kennedy notes.

You can learn more about mRNA vaccine technology at this link.

“Even though the media and politicians are currently trivializing the problem and even foolishly calling for a new type of vaccine to return to normality, this vaccination is problematic in terms of health, morality and ethics, but also in terms of genetic damage,” Kennedy says.

Kennedy: COVID-19 vaccines are a “crime against humanity”

As opposed to older vaccines, many of which can be “detoxified” following injection, mRNA COVID-19 vaccines live on in perpetuity inside the body. The damage they cause, in other words, is forever.

“You will have to live with the consequences because you will no longer be able to be cured simply by removing toxins from the human body,” Kennedy explains, comparing the genetic damage to the type that causes Down syndrome or cystic fibrosis.

mRNA is almost like a continuous vaccine “engine” that repeatedly vaccinates a person for the rest of his or her life. Because of this, there is no way to “fix” or “cure” any problems that arise.

“This clearly means: if a vaccination symptom develops after an mRNA vaccination, neither I nor any other therapist will be able to help you, as the damage caused by this vaccination will be genetically irreversible,” Kennedy warns.

Not since the actual Holocaust has something so evil been foisted on the world in the name of “public health.” COVID-19 vaccines are not only unsafe, Kennedy contends, but they represent a “crime against humanity that has never been committed in such a significant way in history.”

“As experienced physician Dr. Wolfgang Wodarg said: Actually, this ‘promising vaccine’ for the vast majority of people should be banned because it is genetic engineering!’”

In other words, getting vaccinated for COVID-19 means that a person will become a GMO zombie, of sorts, with no opportunity to go back to his old self. It sounds a whole lot like the mark of the beast from the book of Revelation, would you not agree?

In the past, Kennedy, who is considered by many to be the best Kennedy, has warned that traditional vaccines are already bad enough, causing serious brain damage that for many is irreversible. And Wuhan coronavirus (COVID-19) vaccines are far worse than that, he says, which is why nobody under any circumstances should take them.

“Study the history of vaccination, from Jenner to Pasteur to Polk,” wrote one Strange Sounds commenter. “There is no proof they do anything but inject you with (best case scenario) a portion of the virus.”

“A virus is simply a piece of DNA or RNA and because it is NOT a cellular life form, is not deactivated or dead,” this same commenter added. “The theory is you need to educate or exercise your immune system. Wrong. Modern medicine can simply be described by the movie Frankenstein.”

More related news about the new Wuhan coronavirus (COVID-19) vaccines can be found at Pandemic.news.