Structural-Racism Hoax a Loser for Dems 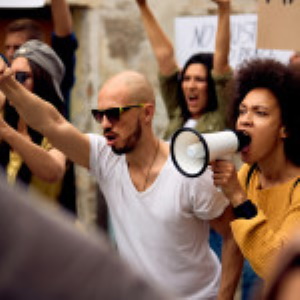 Structural-Racism Hoax a Loser for Dems

With President Trump’s support among African-Americans edging toward 40 percent, it’s clear that an increasing number of blacks now understand that liberty and capitalism, not big government — and certainly not socialism — are the keys to a productive and prosperous life.

What has taken so long for blacks to recognize that liberty and capitalism are their friends is the fact that Democrats have controlled the levers of power for decades — especially in major cities.  They have mastered the art of empty promises, childish hyperbole, and hysterical rhetoric.  They have also mastered the art of keeping their history from the general public, especially blacks.

Since its founding in 1829, the Democratic Party has had a long history of racial discrimination.  It passionately defended the unconscionable practice of slavery (including starting the Civil War to keep slavery in place), opposed Reconstruction, founded the Ku Klux Klan, imposed segregation, and engaged in lynching.  Democrats also fought tooth and nail against the civil rights acts of the 1950s and 1960s.

In the infamous 1857 Dred Scott v. Sandford case, the Supreme Court ruled that slaves were property and therefore could not be citizens.  The seven justices who voted in favor of this decision were all Democrats, while the two dissenting justices were Republicans.  Have you ever heard a Republican talk about this?  Of course not.  It might offend their Democratic colleagues.  In this respect, Republicans have enabled Democrats in their ongoing efforts to keep blacks uninformed.

Ever since the implementation of Democrat Lyndon Johnson’s Great Society, government welfare programs have decimated black families.  To add insult to injury for inner-city folks, politically correct police guidelines have made it easier for criminals to terrorize black communities.  Through both their actions and lack of action, Democrats have made it clear that black lives don’t matter to them at all.

In reference to George Washington University professor Jessica Krug’s multiyear scam posing as an African-American (though she’s really just a screwed up little Jewish girl from suburban Kanas City whose fake black accent suggests that she believes all blacks are stupid), I love what the great Jason Whitlock said to Tucker Carlson:  “… if you evaluate their (liberals’) actions and their mindsets, they actually can’t stand black people, they have no respect for black people, think very little of black people, and certainly aren’t working towards our benefit.”

But perhaps the most important aspect of the Democrats’ plans to make sure blacks stay on the welfare plantation was, and still is, forcing black children to attend inferior public schools.  They are united in their virulent opposition to school choice, because they know full well that it would put black children on an equal footing with white kids.  Democrats are much more interested in pleasing the teachers’ unions than in making sure inner-city children learn to read and write.

This should come as no surprise, given that in the days of slavery, it was against the law to teach a slave to read or write.  Slaveowners realized that knowledge is power, and that if slaves knew how to read, they would learn, and if they learned, they would realize that servitude was not their preordained station in life.

Nevertheless, thanks to their own arrogance, Democrats put very little effort into maintaining their stranglehold over blacks, because to them, black loyalty has always been a given.  Just keep blacks uneducated, and they can be counted on to vote Democratic in every election.  The message to blacks from Democratic politicians has always been clear:  “If you don’t vote for me, you ain’t black.”

That all started to change, however, when Donald Trump came to town and implemented such programs as opportunity zones, the First Step Act, and major funding for historically black colleges and universities, not to mention his relentless push for school choice.  Now, with blacks fleeing the welfare plantation, Democrats are becoming frantic.  They fully understand that their cynical plan to slip a barely functional, senile old man into the White House isn’t working and that Donald Trump, contrary to what fake polls have been telling us, is on target for an easy win in November.

Another thing that makes it obvious that Democrats have given up hope is the fact that they have openly threatened to prevent Trump from serving a second term even if he wins the Electoral College — the will of voters be damned!  Fraudulent mail-in ballots, ballot harvesting, and giving the world advance notice that their man will not concede “under any circumstances” is all on the horizon.

Now that they have come out into the open and made their intentions clear, Democrats have exposed themselves as the moral barbarians they are.  They have no soul and thus no moral compass to guide their actions.  I have been warning readers for decades that if the Radical Left were allowed to continue running wild, they would push the anti-constitutional envelope to the point where civilized society would collapse.

Today, signs of the collapse are everywhere — in violent rioting from Portland to New York, from Seattle to Kenosha … in phony investigations from the Russia-collusion hoax to the Ukraine quid pro quo hoax, from the Brett Kavanaugh gang-rape hoax to the Michael Flynn perjury hoax … and now in their promised usurpation of the 2020 election results.

The foundation for America’s unparalleled success as a nation is a social structure founded upon the principle of nonaggression.  The antithesis of that principle, aggression, is now embraced by virtually all Democrats.  Thus, one might be tempted to posit this conflict as no less than a titanic struggle between good and evil.

Now, if the NFL, NBA, and MLB can just get past their juvenile obsession with non-existent structural racism and misplaced adoration of a violent Marxist cult, Black Lives Matter, perhaps Americans can enjoy, and be proud of, living in a post-racial America.