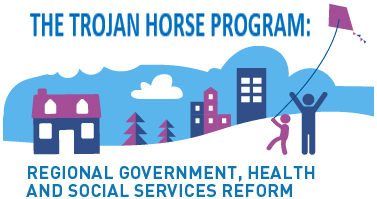 THE SEEDS OF ENSLAVEMENT:

It was President Nixon who in 1969 created “The Federal Regions.“

Ten federal regional councils were created to be operated by unelected bureaucrats answering only to Washington, D.C.  These councils will rule the multi-state regions when full implementation of the CFR/UN is achieved.

The first step was taken in 1942 with the formation of the Committee for Economic Development, CED.  This organization is the domestic arm of the Council on Foreign Relation CFR. They are creating and using central planning initiatives from the UN to create metroplexes or regional government under the guise of modernization and efficiency.  The plan is to eliminate local and state control by elected officials and replace them with METROCRATS that are unelected, appointed “Professionals.“  Sound familiar?

Remember President Obama’s appointed CZARS?  These Metrocrats will use increased reliance of federal funds from grants, and the whole spectrum of federal program intrusion into state and local affairs to weaken our sovereignty.

The Rockefeller Foundation was the initial source of funds for this “Remaking of America” Sound familiar?

Remember President Obama’s fundamental change?  The stated goals of this and many other groups is a rewrite of all state constitutions and eliminating all elections of officials below Governor with officials appointed by the regional councils.

The plan is implemented by many disparate organizations such as: