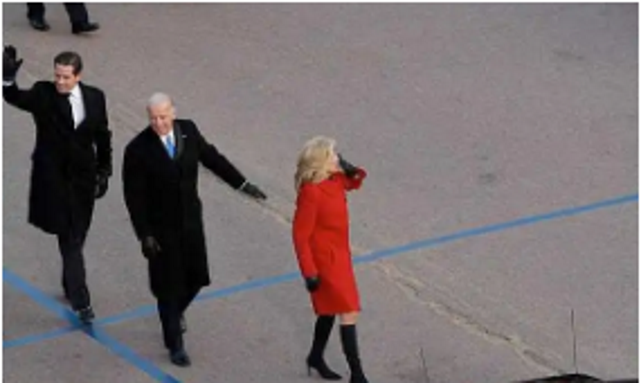 The Associated Press claimed Saturday that Republicans have not put forward evidence that President Joe Biden and his son Hunter have “spoken” about the family’s foreign business dealings.

How can anyone believe a word they say when they lie like this?

That is a very, really big, enormous AP whopper. Republicans submitted a recording of Joe Biden leaving a voicemail for Hunter Biden about a business deal with a Chinese energy company, along with whistleblowers that have stated Joe Biden was intimately involved in the Biden family business. 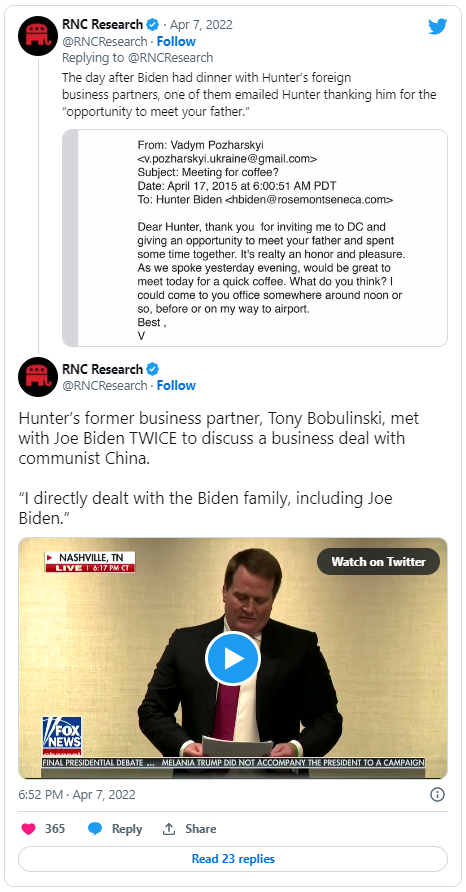 “An email found on Hunter’s laptop “outlined the proposed percentage distribution of equity in a company created for a joint venture with CEFC China Energy Co,” the New York Post reported about the CEFC energy deal. The proposed business venture, sent on March 13, 2017, included “10 held by H for the big guy?”

The CEFC deal was between Bobulinski, the Biden family, and high-ranking members of the Chinese Communist Party. Bobulinski confirmed “the big guy” was a reference to Joe Biden.

The AP is now telling whoppers even when we have the receipts.

Also, Joe Biden left a voicemail on Hunter’s phone about a New York Times story that was reporting on the CEFC deal in which Joe Biden stated, “I think you’re clear,” a reference to the family’s business dealings.

“Hey pal, it’s Dad. It’s 8:15 on Wednesday night. If you get a chance just give me a call. Nothing urgent. I just wanted to talk to you,” Joe Biden said in the audio recording.

He added, “I thought the article released online..it’s going to be printed tomorrow in the Times, was good. I think you’re clear. And anyway, if you get a chance…give me a call…I love you,” the message concluded.

As we said, AP whopper. 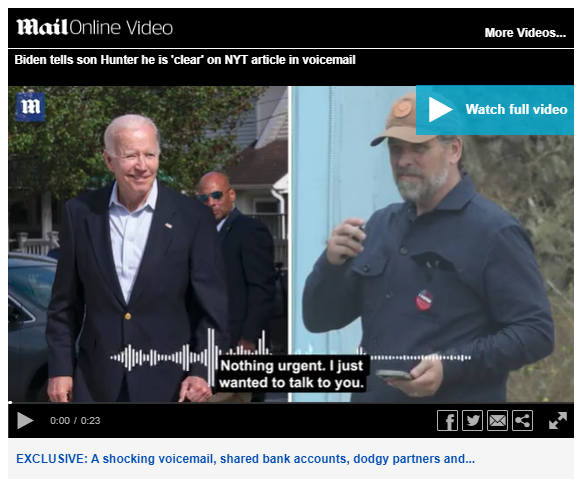 In an article titled, “What elephant, AP denies there is any evidence that Joe Biden discussed Hunter’s business dealings,” Jonathan Turley noted that the media made the Biden family secrets and Hunter’s laptop disappear.

In any case, “the media only had to suspend any disbelief that the president could fly to China as Vice President with his son on Air Force 2 without discussing his planned business dealings on the trip.”

Turley wrote, “…the media buried the laptop story before the election or pushed the false claim that it was fake Russian disinformation.” He then mentioned the recording above, as more proof of the whopper.

“Some of us have written for two years that Biden’s denial of knowledge is patently false. It was equally evident that the Biden family was selling influence and access.

“There are emails of Ukrainian and other foreign clients thanking Hunter Biden for arranging meetings with his father. There are photos from dinners and meetings that tie President Biden to these figures…,” Brit Hume wrote on Twitter, linking to Jonathan Turley’s blog.

Yet the media will continue to spread the whopper. That’s why Republicans want to investigate. There are many serious issues like open borders, but they feel that exposing the Biden family crimes is also very important.