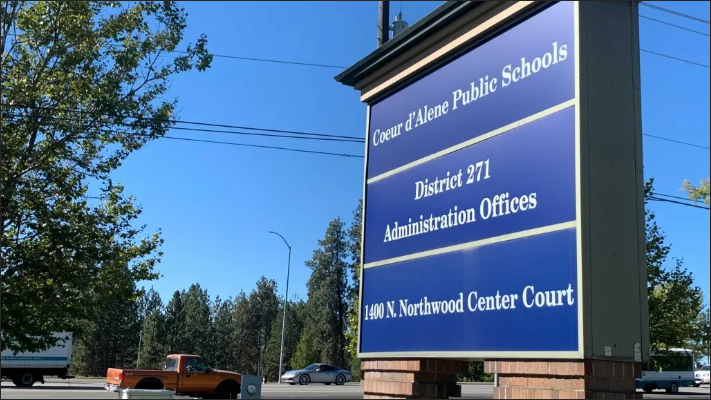 You may be asking yourself why are we voting on a school maintenance election on August 30th less than ten weeks before the general election on November 4th?  The County Clerk, Jim Brannon, asked the same question at a County Commissioner meeting on July 19th where he said the cost of this “special election” would be at least $50,000 and probably well above $60,000.  Why would this be scheduled this way?  The short and obvious answer is that the school district employees will turn out with their spouses and friends and control the election.  This has been their strategy for decades and when they can schedule the vote the week before Labor Day, so much the better!

Most of us who are homeowners set aside funds each year for regular maintenance of their home.  One year it might be new carpet or painting the house.  Perhaps the furnace or other appliance needs replacing.  In any case this seldom causes us to go to our banker and take out a new mortgage.  Atlas elementary needs carpet and a new hot water heater. Sorenson needs to patch vinyl in bathrooms and replace a playground fence.  Going to take millions, can’t do it out of budgeted funds?

Now wait just a minute with your accusations, what about the growth of this area. Kootenai County was 138,860 in 2010 and now over 170,000 today.  This obviously affected school population and the budget of the Coeur d’Alene schools. You would think so but that is not the case.  The number of students enrolled in the district in 2006-07 was 10,258 and this last year was 10,242!  The district lost over 1,000 students from 2019-20 to the 2020-21 school year or 9.3% of their population.  Well of course that happened, “pandemic” don’t you know.  Kids were dying, had to wear masks, shut down schools and learn on Zoom calls.  Every school district did the same thing.

The news media ignored the fact than in Kootenai County there are three school districts and that two of them reacted like their hair was on fire as they went into the 2020-21 school year. The third district was Lakeland District with two high schools and multiple other schools.  They looked at Sweden who never shut down schools. Denmark in 2020 did one of the most extensive tests regarding the wearing of masks with 8,000 participants in a randomized, double-blind study. What they found is that masks made no difference.  We were told that children shouldn’t visit grandparents because they could spread the virus.  The UK in a large study said they could not find a case where a pupil transmitted the virus to a teacher.  Based on this “science” the Lakeland District said masks are voluntary and if you have fears you can go online for classes.  Almost all students attended school in a relatively normal manner.  When I asked Supt. Meyer how their year went and would they change anything she said, “A good year, normal learning, only thing we would change would be “contact tracing.” We went back to ‘if you are sick stay home.’”

The Press and news outlets ignored this story and almost anything that was common sense about Covid.  If you are under the age of 20 your chances of any complications from the virus are essentially zero.  That age group is not affected or a vector for the virus.  Parents reacted with their feet as they left districts like CDA and Post Falls.  Charter schools went from 20,000 students in Idaho to over 30,000 in less than five years and a 20.6% increase in 2021. Over 10% of Idaho students are in a charter school.

How have the charter schools done during the “pandemic”?  Coeur d’Alene Charter and North Idaho Stem Charter were #1 and #2 respectively in the State of Idaho.  CDA Charter had an average SAT score 1295 and North Idaho Stem had 1224. Across the board in Idaho the composite SAT score was 962, down for the third year in succession.  Who is the best return on investment?

It is important to vote on August 30th and voting is available now.  The district is offering tours of some of the buildings so you can see what they are proposing.  At the same time, you might also want to take a tour of one of the local charter schools.  Spending an extra $50,000 or more for this “special election” may not be a big deal when you look at the entire budget of the county.  An extra few hundred on your tax bill for some may not matter much but for those who are experiencing gasoline doubling, food costs taking a big jump and school supplies affected by the inflationary environment that has been created it is a big deal!

Our vote in local elections is vital.  The local Coeur d’Alene government and school board is dominated by special interests.  Reading the labor agreement between the CDA school board and teacher’s union is one example, a terrible agreement.  The city council and committees have welcomed trans-gender materials into our library and culture.  The insiders have welcomed skyscraper development and seem intent on turning Coeur d’Alene into Dubai on the lake with seven figure condos. The district clearly can’t or won’t compete with charter schools or home school parents and the response to Covid was tragic in the results.  To get taxpayer monies they resort to a vote in August that they think they can control.  Prove them wrong and don’t neglect to vote!