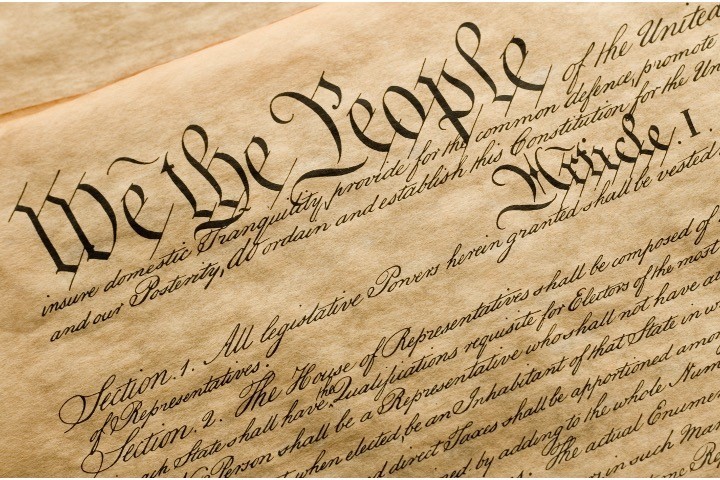 A federal judge appointed by President Ronald Reagan wrote in a recent opinion that the illegitimate brainchild of far-left Senator Elizabeth Warren has been operating unconstitutionally since it was created back in 2009.

Called the Consumer Financial Protection Bureau (CFPB), the rogue agency created in response to the 2008 financial crisis has been writing its own rules, interpreting them, and then prosecuting any miscreants they can find based on those rules — all without executive or legislative oversight and just as Warren originally proposed back in 2007.

Federal Judge Edith H. Jones, circuit judge of the United States Court of Appeals for the Fifth Circuit, wrote an opinion in Consumer Financial Protection Bureau v. All American Check Cashing, Inc. intending to stop it in its tracks.

The CFPB charged All American with trying “to keep consumers from learning how much they would be charged to cash a check” along with other alleged violations of its self-written rules. Instead of folding and paying a fine, All American sued.

All American claimed that the CFPB is unconstitutional because it has no accountability. It claimed that it is, in effect, a rogue agency, violating the separation of powers doctrine intrinsic to the Constitution.

When a district court sided with the CFPB, All American appealed to the Fifth Circuit. Jones put the matter well:

[The] separation of powers [doctrine] is at the heart of our constitutional government in order to preserve the people’s liberty and the federal government’s accountability to the people….

Created in 2009, the Consumer Financial Protection Bureau is an administrative agency that was expressly designed to answer to neither of the politically accountable branches.

Unlike other agencies, Congress put the CFPB’s staggering amalgam of legislative, judicial, and executive power in the hands of a single Director serving a five-year term and removable by the President only for cause; and Congress insulated the agency from the ordinary congressional appropriations process….

I write to show that the CFPB’s budgetary independence is antithetical to the constitutional origins of the Appropriations Clause; contrary to the Constitution’s structural allocation of powers; unsupported by the funding structure of any previous federal agency; and indefensible by the CFPB.

All American argues that the CFPB’s budgetary independence contravenes the Constitution’s separation of powers by violating the principles enshrined in the Appropriations Clause.

All American emphasizes that the Framers, drawing from British experience, crafted the Appropriations Clause because they well understood the importance of exclusively vesting the legislative branch with the power of the purse as a check on the executive.

Congress ran afoul of that foundational principle “by abdicating its exclusive power of the purse and insulating the CFPB from congressional oversight with an unprecedented two layers of fiscal independence.”

She meant that by following Warren’s design Congress placed the CFPB outside of executive control, making it a part of the Federal Reserve and allowing the CFPB to access funds directly from the Fed whenever it “reasonably” needed them. The bureau with its 1,600 employees lives inside the Federal Reserve’s offices in Washington, D.C.

Jones said the insulation of the CFPB from executive or legislative oversight, constraint, or control, was a violation of the Founders’ intent:

It is not mere happenstance that Congress is the chief guardian of the purse strings. Drawing on the British experience, the Framers placed the national government’s fiscal powers in Congress’s hands to check the propensity for aggrandizement and consequent loss of liberty endemic to a powerful executive branch. The CFPB’s budgetary independence violates this essential maxim of separated powers….

A feature so subversive to the Constitution’s separation of powers as the CFPB’s budgetary independence cannot withstand scrutiny.

She quoted from James Madison’s The Federalist, No. 51 to buttress her position:

The CFPB’s budgetary independence makes it unaccountable to Congress and the people.

An agency that wields vast amounts of executive, legislative, and adjudicatory power and is completely unaccountable to Congress is inimical to the Constitution’s structural checks and balances.

The Framers created a federal system and divided the national government’s power among three branches to disperse power and preserve individual liberty.

But a mere parchment barrier would not guarantee individual liberty.

To prevent the “gradual concentration of the several [governmental] powers in the same” branch, the Framers armed each one with “the necessary constitutional means, and personal motives, to resist encroachments of the others”; the idea being to let “[a]mbition … counteract ambition.”

That “ambition” Madison warned about has revealed itself in the person presently running the rogue agency, Rohit Chopra. In a recent speech Chopra said his agency, in addition to levying fines, would move to cap the size of growth of firms violating his rules; ban certain types of business product lines; require divestitures of certain product lines; put limitations on their ability to raise equity capital; and even revoke a company’s government-approved patents or registration.

Chopra has so overreached that even the U.S. Chamber of Commerce has launched a campaign to rein him in. Said Neil Bradley, the Chamber’s chief policy officer,

Rohit Chopra has an outsized view of the CFPB’s role and the Director’s power. By willfully mischaracterizing the state of competition in the market Chopra is laying the groundwork to force the financial services sector to comport with his personal vision of the appropriate size of companies and what products and services should be offered and under what conditions. No previous CFPB Director has thought they had such power.

Exactly. Removing from sinful man the restraints that the Founders wisely placed has led to such overreach.

If the CFPB appeals to the Supreme Court, Justice Brett Kavanaugh et al. are waiting for them. In the fall of 2016, a three-judge panel of the U.S. Court of Appeals for the District of Columbia ruled that the then-current director had overreached, with Judge Brett Kavanaugh, one of the three, writing:

The director of the CFPB possesses more unilateral authority — that is, authority to take action on one’s own, subject to no check — than any single commissioner or board member in any other independent agency in the U.S. government.

The CFPB’s concentration of enormous executive power in a single, unaccountable, unchecked director not only departs from settled historical practice, but also poses a far greater risk of arbitrary decision-making and abuse of power, and a far greater threat to individual liberty, than does a multi-member independent agency.

The independent agencies collectively constitute, in effect, a headless fourth branch of the U.S. Government…. Because of their massive power and the absence of Presidential supervision and direction, independent agencies pose a significant threat to individual liberty and to the constitutional system of separation of powers and checks and balances.

Now that a majority of justices on the Supreme Court are originalists like Jones, the CFPB would risk extinction if they appeal.

The CFPB’s double insulation from Article I appropriations oversight mocks the Constitution’s separation of powers by enabling an executive agency to live on its own in a kingly fashion.

The Framers warned that such an accumulation of powers in a single branch of government would inevitably lead to tyranny.

Accordingly, I would reject the CFPB’s novel funding mechanism as contravening the Constitution’s separation of powers.

And because the CFPB funds the instant prosecution using unconstitutional self-funding, I would dismiss the lawsuit.