The John Birch Society notched another major victory for the U.S. Constitution, and against calls for a dangerous Article V constitutional convention, or Con-Con. 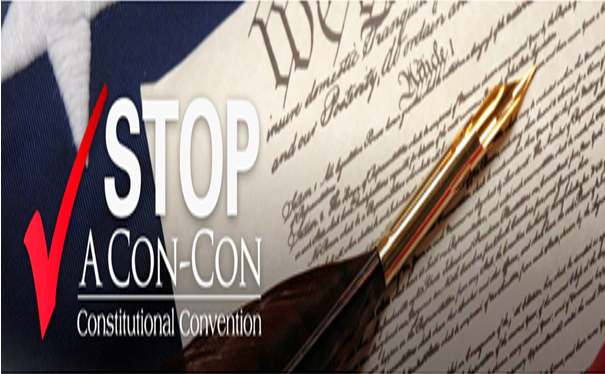 The John Birch Society notched another major victory for the U.S. Constitution, and against calls for a dangerous Article V constitutional convention, or Con-Con.

This past weekend, Iowa Birchers and other patriots successfully added an anti-Con-Con plank to the state GOP platform. They also successfully removed a separate provision calling for a so-called “Balanced Budget Amendment,” which would contain significant loopholes enabling a massive expansion of government. And if that’s not enough, a pro-nullification plank was added to the platform. It says, “We support elected officials applying the 10th Amendment to limit the overreach of the federal government.”

Most organizations pushing for a Con-Con, especially Convention of States (COS), are targeting conservative voters to promote their dangerous scheme, which could obliterate the Constitution and the God-given liberties it protects. Because of this, it is encouraging to see the grassroots rejecting COS and what they’re peddling, and also promoting nullification as the real solution to federal-government overreach.

As you can see, The John Birch Society’s efforts to preserve and restore liberty are succeeding. If you would like join us in this battle, consider becoming a JBS member, if you haven’t already.

Want to change how you receive these emails?
You can update your preferences or unsubscribe