What I think Musk Did, Genius Manipulator he is, by Threatening to Decimate Tesla’s Salaried Staff & Management while Increasing Headcount of Factory Workers 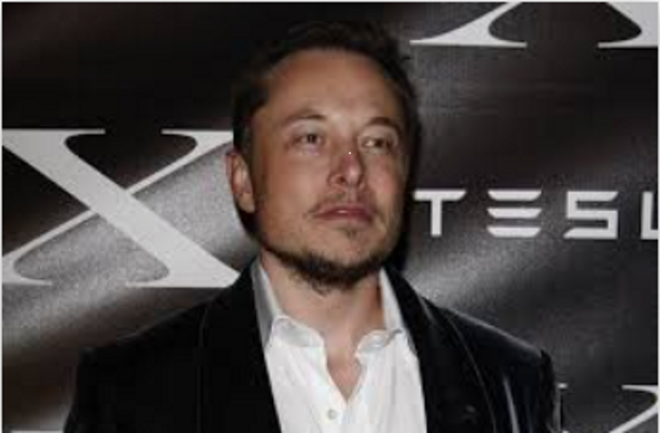 What I think Musk Did, Genius Manipulator he is, by Threatening to Decimate Tesla’s Salaried Staff & Management while Increasing Headcount of Factory Workers

He has a rebellion over WFH on his hands, not a demand problem for EVs, and is knuckling them into submission.

Musk is a genius who walks on water and was able to manipulate the price of Tesla’s shares from get-go into the stratosphere while luring investors into buying newly issued shares and convertible bonds for a decade to fuel his cash-burn machine. This gave the company the $20 billion needed to design and build cars, and now lots of cars, and not any cars, but EVs, while the legacy automakers blew him off, and they ridiculed EVs, until suddenly Tesla was eating their lunch and taking their share in a market that has been stagnant for over 20 years with huge troughs in between.

And when he threatened to come out with a pickup that might drain the lifeblood out of companies that had gotten dependent on their fat-margin pickups, such as Ford, they all suddenly got religion.

This stuff doesn’t work forever, obviously, and Tesla’s stock is down 44% from the high, including the 9.2% drop today. But it’s still sky-high, and still gives the company a ridiculous market cap of $800 billion, and still trades at a ridiculous P/E ratio of 95.

So now there is an email that Musk apparently sent to employees, which Reuters has “seen” and reported on today. In this purported email to employees, Musk essentially cut Tesla employees into two groups:

In the email, Musk wrote that Tesla has become “overstaffed in many areas,” and the salaried staff would be cut by 10%.

“Note, this does not apply to anyone actually building cars, battery packs or installing solar,” he wrote in the email.

The “hourly headcount will increase,” he wrote. Apparently, there is red-hot demand for EVs, and the number of people that make them would increase so that they could make more cars to meet demand.

He had a “super bad feeling” about the economy, he said, by way of reason for the decimation of the salaried staff.

Ironically, the super bad feeling didn’t extend to the demand for Tesla’s vehicles because the production staff headcount would be increased to meet that demand.

He also ordered a hiring freeze worldwide, which I’m not sure how that’s going to get worked out with hourly employee headcount increasing while salaried headcount getting decimated.

This email was revealed a couple of days after the indirect revelation of a kind of a revolt by some of Tesla’s salaried staff who’ve been working from home, and didn’t want to come back to the office, despite Musk’s insistence that they do so.

A duly leaked email to Tesla’s executive staff – dated May 31, titled, “Remote work is no longer acceptble” [sic],” and signed “Elon” – spelled out Musk’s new policies about working from home:

“Anyone who wishes to do remote work must be in the office for a minimum (and I mean ‘minimum’) of 40 hours per week or depart Tesla. This is less than we ask of factory workers,” it said. So, OK.

And when he was asked on Twitter for “​​additional comment to people who think coming into work is an antiquated concept,” Musk tweeted: “They should pretend to work somewhere else.”

It seems, Musk, like other CEOs, is staring down a revolt by his WFH employees that don’t want to go fight the rush-hour insanity ever again and that finally feel empowered by the labor shortages.

So let’s think this through for a moment…

If I were Chief Evil Boss at Tesla, and if I had a bunch of pampered highly-salaried staff, managers, and executives insisting on continued WFH, when I really wanted them in the office, and if I had this sort of rebellion on my hands, I would write this hilarious email about working from home is OK, as long as you work at least 40 hours a week at the office, and at the first opportunity, I would tweet that people who want to work remotely should pretend to work somewhere else.

Then a little later, being Chief Evil Boss, I would send another email that would be leaked, in which I would explain that I have a super bad feeling about the economy, and that I would increase the headcount of the hourly workers at the factory so that they could build more cars to meet red-hot demand, but I would decimate the salaried staff and management by 10% – axing every tenth person in that group – because Tesla was suddenly “overstaffed” with salaried staff.

This is the time-honored tradition of the threat of collective punishment. Roman commanders instituted “decimation” to punish their soldiers collectively, if they didn’t perform. They might line up a guilty unit of legionnaires, or an entire rebellions legion, and each tenth solder was then killed on the spot by the others. This threat hanging over their heads was a management tactic designed to motivate legionnaires to do what commanders told them to do.

So, if I were Chief Evil Boss with a revolt on my hands from people who didn’t want to work at least 40 hours a week at the office, I would let the world know that at Tesla’s offices, there is no labor shortage but a labor glut, and so forget the labor shortages and tight labor market, and every tenth of you is going to get axed, so you better show up at the office 40 hours a week, and then you can work remotely the rest of the time.

If I were Chief Evil Boss, I would use this threat to knuckle the salaried WFH staff into submission, and they’d start showing up at the office. That’s what I think Musk did here, genius manipulator that he is.