Death by a thousand cuts until climate scare defeated 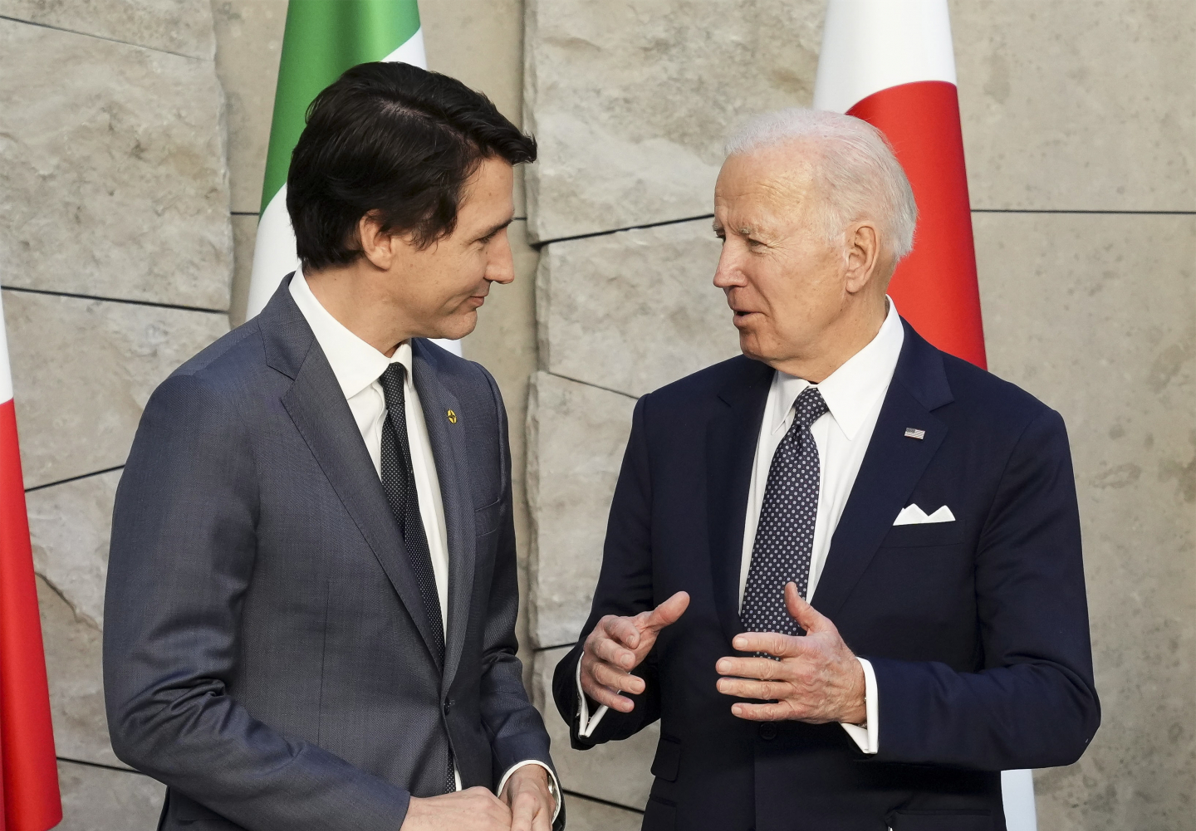 Death by a thousand cuts until climate scare defeated

Following the suspension of Russian oil imports to the U.S., the Biden administration has opened negotiations with Venezuela to try to secure the supply it needs to help lower prices. President Biden also attempted to discuss increasing oil imports from Saudi Arabia with Crown Prince Mohammed bin Salman, but the Saudi prince rejected his call, as did United Arab Emirates leader Sheikh Mohammed bin Zayed. Leading up to the 2022 mid-term elections, even Iran is now being considered by an increasingly desperate administration as a possible oil source.

Yet, the White House has insisted that it will not reconsider approving the Keystone XL (KXL) pipeline from America’s closet ally, Canada. Alberta Premier Jason Kenny is confident that the project could, even now, be completed by the first quarter of 2023, if Biden approved it. Kenny said,

“If President Biden had not vetoed that project, it would be done later this year – 840,000 barrels of democratic energy that could have displaced the 600,000 plus barrels of Russian conflict oil that’s filled with the blood of Ukrainians.”

The market response to having KXL about to come online would clearly contribute to a lessening of oil prices. There is no rational downside to the project.

Not surprisingly, conservative politicians have accused Biden of preferring to cut deals with human-rights abusers Venezuela, Saudi Arabia and Iran than simply agree to a pipeline that had received all environmental and other approvals to proceed. Republicans, and most recently 18 state attorneys general in their March 17 lawsuit, bring up the huge economic and job creation benefits KXL construction and the greater influx of Canadian oil would provide. They talk about how much safer and environmentally friendly this pipeline would be in comparison with oil imports by truck and rail. Republicans explain that KXL would contribute to enhanced North American energy security. The attorneys general especially contest Biden’s legal authority to unilaterally revoke President Donald Trump’s approval of KXL.

These points are valid and important. But, since they don’t really challenge the primary reason that both Biden and former President Barack Obama killed KXL, they will undoubtedly fail once again.

In “Protecting Public Health and the Environment and Restoring Science to Tackle the Climate Crisis,” Biden’s January 10, 2021 Executive Order (EO) that rescinded KXL’s permit, he wrote:

“That analysis [done in 2015 by the Obama administration], … stressed that the United States must prioritize the development of a clean energy economy… The analysis further concluded that approval of the proposed pipeline would undermine U.S. climate leadership by undercutting the credibility and influence of the United States in urging other countries to take ambitious climate action.”

Biden next put his own spin on the reasons for KXL’s cancellation, speaking about how

“Extreme weather events and other climate-related effects have harmed the health, safety, and security of the American people and have increased the urgency for combatting climate change and accelerating the transition toward a clean energy economy.”

The President then echoed Obama concerns about climate leadership:

“The United States must be in a position to exercise vigorous climate leadership to achieve a significant increase in global climate action and put the world on a sustainable climate pathway. Leaving the Keystone XL pipeline permit in place would not be consistent with my Administration’s economic and climate imperatives.”

There are no less than 30 references to “climate” in Biden’s EO. KXL’s cancellation was all about the U.S. setting an example to lead the world on climate change. It was virtue signaling on a global scale. As the Canadian Broadcasting Corporation explained in their January 23, 2021 article: “How political symbolism brought down Keystone XL,”

“A pipeline that became a referendum: …the economic arguments in favor of the pipeline could not overcome the profound symbolic value assigned to it by environmental groups and climate-focused voters. On its own, Keystone wouldn’t spell the difference between a green future and a “climate disaster.” But the pipeline became a referendum on the U.S. government’s commitment to combating climate change — a tangible thing on which American activists could focus their energies.”

So, do Republican lawmakers, premiers, and industry associations seriously contest the ludicrous climate change symbolism underlying the president’s decision? With a very few exceptions, no. Almost all of them are too afraid of being called climate change deniers by climate activists and their media allies.

It is not just KXL that has fallen prey to the unfounded idea that we can significantly influence climate by moving away from fossil fuels. The coal industry was severely crippled by governments’ climate fixation. U.S. oil and gas producers recognize the impact of the Biden administration’s climate change/anti-fossil-fuel agenda. They see the climate-focused environmental, social and governance-investment movement sweeping Wall Street and how financial regulators are enabling compulsory reporting standards on sustainability. This will eventually lead to the exclusion of oil and gas from many investment portfolios. No wonder fossil fuel producers are reluctant to expand their operations.

In “Rules for Radical Conservatives – beating the left at its own game to take back America,” David Kahane reminds us that:

“A good general knows never to fight a battle on his enemy’s turf, terrain, and terms unless he has no other choice.”

By accepting and, in some cases, promoting climate fears and renewable energy myths, most conservatives have completely ignored this fundamental ‘rule’ in political debate. So, of course they lost KXL and will continue to lose on many energy fronts in the radical left’s ideological war against our freedom and prosperity. It’s time they finally fought this war to actually win.