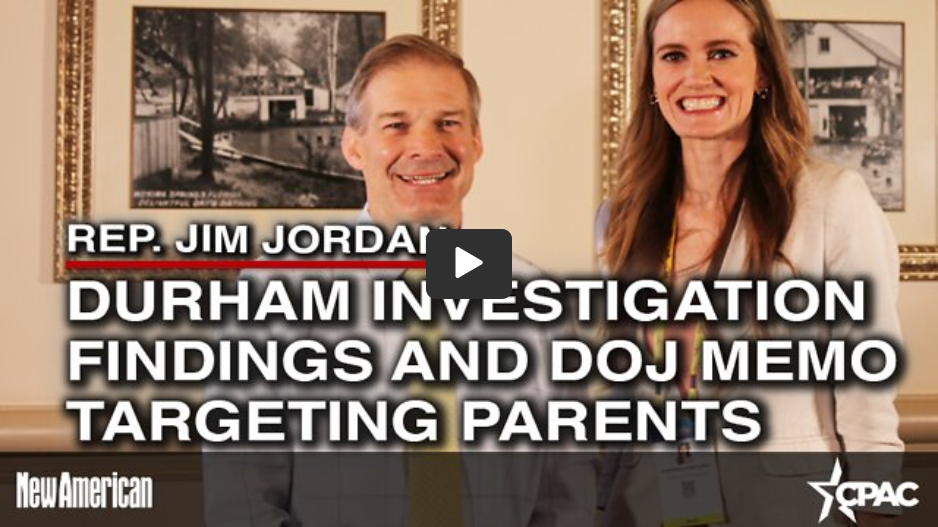 Representative Jim Jordan (R-Oh.) shared with The New American his deep concern over the recent report of special counsel John Durham on Hillary Clinton allegedly spying on Donald Trump when he already was a sitting president.

Rep. Jordan also touched on the infamous DOJ memo that ordered anti-terrorism division of the FBI to address the “threat” posed by the angry parents speaking out at the school board meetings. The catalyst of such a troubling development was actually the Biden administration, said Rep. Jordan.

On his official website, Congressman Jordan is described as “one of the most conservative members of Congress.” His legislative efforts have earned him recognition from Citizens against Government Waste, Family Research Council, Americans for Tax Reform’s Friend of the Taxpayer Award and the 2012 Weyrich Award for “National Legislator of the Year.” 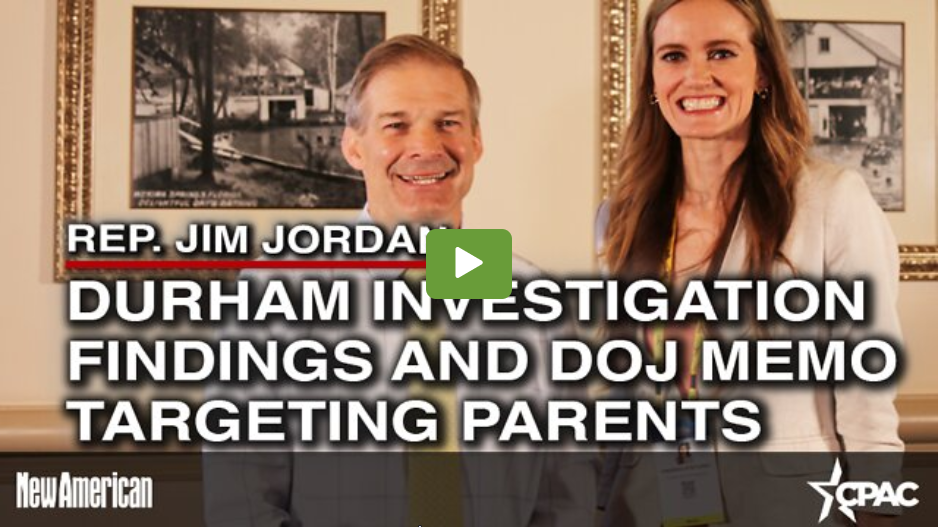