Chinese President Xi Warns US to Stay out of the Way 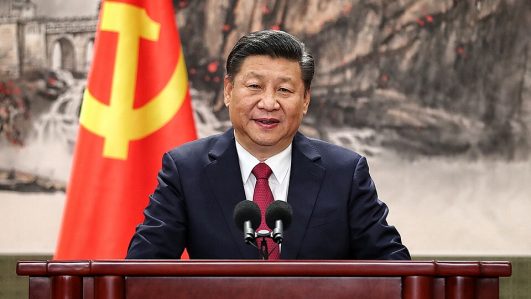 Chinese President Xi Warns US to Stay out of the Way

Speaking virtually at the World Economic Forum in Davos last week, Chinese President Xi Jinping reiterated the same warning he issued to the Biden Administration last January: any alliance formed against Beijing will be met with severe consequences.

“We need to discard Cold War mentality and seek peaceful coexistence and win-win outcomes,” said Xi. “We should remove barriers, not erect walls. We should open up, not close off. We should seek integration, not decoupling.”

Xi spoke of “true multilateralism” (AKA trade policies that do not exclude certain countries) and cautioned against “parallel systems” such as the US-led effort to remove China from global supply chains due to the nation’s theft of intellectual property and other crimes. He highlighted the importance of holding the Olympic Games during such unprecedented times and reassured listeners the event would be conducted in a “streamlined, safe, and splendid” manner.

To date, China remains closed to outsiders but has been largely successful in fighting COVID despite the emergence of variants.

“History has proved time and again that confrontation does not solve problems,” continued Xi. “Protectionism and unilateralism can protect no one. They ultimately hurt the interests of others as well as one’s own. Even worse are the practices of hegemony and bullying, which run counter to the tide of history.”

Despite the fact that the Chinese Communist Party is guilty of everything Xi preaches against, his words are a serious warning that should not be taken lightly by the Biden Administration.

China is aiming to take over the world and wants the US and its allies to stay out of its way.

According to economists, current US-Sino relationships are similar to that of the 1970s. Making matters worse is America’s growing relationship with Taiwan – an island China claims as part of its territory – China’s human rights abuses, and China’s suspected role in the COVID-19 pandemic.

Former Secretary of State Mike Pompeo has even called for a boycott of the 2022 Olympic Games given China’s horrific human rights abuses against Uighur Muslims in Xinjiang Province.