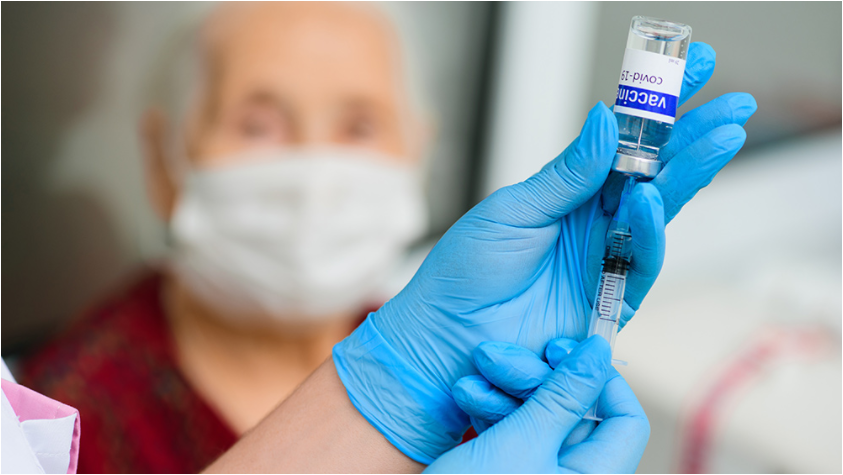 Former vice president of the World Health Organization’s (WHO) European Advisory Group of Experts in Immunization Christian Perronne has warned that the real threat to public health is not unvaccinated people, but rather vaccinated people who took the jabs in obedience to the government.

A specialist in tropical pathologies and emerging infectious diseases, Perronne says that vaccinated people are the ones who “should be put in quarantine” and “isolated from the society” because they are the ones “shedding” illness onto others.

“It’s proven in Israel now – I’m in contact with many physicians in Israel – they’re having big problems, severe cases in the hospitals are among vaccinated people, and in U.K. also, you have the larger vaccination program and also there are problems.”

News of this “utterly panicked” a working group on the Chinese Virus plandemic in France, Perronne further explained, because the spread of this news could spark pandemonium among the general populace.

Israeli doctor Kobi Haviv reportedly further told the media that 95 percent of all seriously ill patients in his country are vaccinated, and that almost no unvaccinated people are getting sick.

“Fully vaccinated people account for 85-90% of hospitalizations,” he said. “We are opening more and more COVID branches. The effectiveness of vaccines is declining or disappearing.”

Early on in the plandemic, Perronne had challenged the government’s then-resistance to using the anti-malarial drug hydroxychloroquine for early treatment of the Fauci Flu.

He was quoted by Edmund Fordham in discussing the history of chloroquine, which was used for many years to try to control dysentery. Fake government “doctor” Tony Fauci also praised the use of hydroxychloroquine back in 2013 to treat MERS (Middle East Respiratory Syndrome), a type of coronavirus similar to the current Fauci Flu.

Somehow, the entirety of established science went out the window the moment the plandemic arrived. Suddenly, there were only “vaccines” and blind trust in the government available as “cures” for this newly modified coronavirus, which is little more than a bad cold or flu.

Another drug of interest that has been squelched by the establishment is ivermectin. Because it actually works, ivermectin has been restricted from use by the government, which is barely even allowing pharmacies to dispense it for other FDA-approved reasons.

“Isn’t it sad we have to get the truth about these shots from foreign countries because our government and media lie to us?” wrote one commenter at the America’s Frontline Doctors (AFLDS) website about how it took Perronne, a French man, to say what millions of American doctors refuse to say.

“Why are they so intent on all of us taking these shots that they would bribe, bully, force and lie to us to make us take them? Something is fishy here and I would rather take my chances on surviving the virus. My odds are over 90%.”

Another commenter recommended the use of ivermectin alongside vitamin D as a powerful prophylaxis – though getting your hands on ivermectin could require a little bit of hands-on sleuthing.

“Start taking ivermectin immediately when symptoms appear (fever, etc.),” this person wrote. “Your odds approach 100%. I got 100 12mg ivermectin from India for $170, including shipping. The recommended dosage is 24mg for 5 days or sooner if fever subsides, so my cost to get to 100% is $17. And the beauty is: NONE of that $17 goes to Pfizer.”

Another pointed out that the reason governments do not want anyone to have ivermectin is because governments want people dead, not cured.