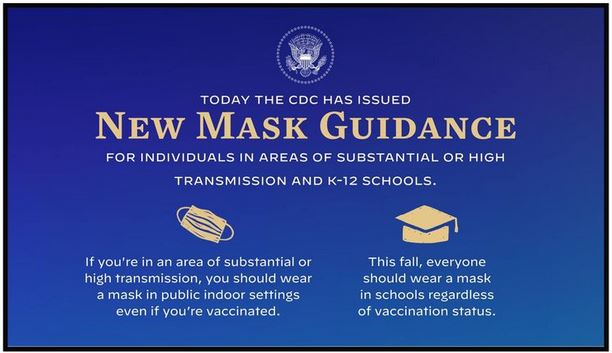 Politicians lie, almost everyone seems to agree. It’s so pervasive, we seem to acquiesce to such reality, especially if we like the politician and/or that person is promoting an agenda with which we agree.

At least three large issues of rampant dishonesty are connected: climate change, Covid-19 and the exploding national debt. If enough Americans accept, even tacitly, the mendacious narratives about these issues, the more corrosive we will become as a citizenry and the more perilous is our near-term future as a nation.

Dishonesty is not limited to elected officials. The prevailing pandemic and climate narratives reveal on a daily basis that lack of integrity is no impediment to advancing a political agenda. Commonly, public health officials, climate activists, media personalities and social media technology companies act as though lying and half-truths are precisely how to prevail in today’s politically divisive world.

Let’s start with Covid. This week, the U.S. Centers for Disease Control and Prevention (CDC) revised their Covid-19 guidance to urge that masks be worn indoors due to increasing cases of coronavirus resulting from the “Delta Variant”. The new mask “guidance” applies also to those vaccinated and who have the anti-bodies from already having the coronavirus.

President Biden’s spokesperson dutifully echoed the CDC to urge superfluous mask-wearing. When asked for the science and data to substantiate this directive, she provided none. Evidently, the public health experts at the CDC, Dr. Tony Fauci, et.al., either failed to provide back-up information to the office of the President or they had no “science and data” at all to validate renewed mask wearing.

Some states are likely to follow the vacuous CDC guidance with new mask orders, and several major localities have acted accordingly. With Covid cases rising, politicians want to be seen as doing something (except when it comes to Covid-infected illegal immigrants flooding through the open southern border, but I digress). Indications thus far show the variant is not nearly as serious as the original coronavirus and is not leading to concomitant increases in hospitalizations or deaths, especially since vaccinated people remain protected. Much less would the variant justify economic lockdowns which may soon follow.

This latest Covid policy is a microcosm of climate change policy, the latter of which will have much larger, long-term societal impact in terms of living standards, jobs, and America’s economic competitiveness and national security.

President Biden is proposing and implementing a litany of policies to purportedly stop climate change by reducing carbon emissions in an attempt to lower projected average global temperature by 2050. There is no genuine “science and data” to justify this recklessness, which includes shutting down energy pipelines, restricting oil and gas development on federal lands, forcing electric cars and building retrofits, regulating soon the U.S. financial sector to divest from fossil fuel companies, and much more.

How do we know this is folly? For starters, the president’s special envoy for climate, John Kerry, a former U.S. senator and Secretary of State, said so. While he and so many other politicians claim without evidence climate change is an “existential threat,” Mr. Kerry earlier this year made the gaffe (i.e., accidentally revealing the truth): “[W]hen almost 90 percent of all the planet’s global emissions come from outside U.S. borders…We could go to zero [carbon emissions] and the problem isn’t solved.”

Yet, Mr. Kerry’s boss, the president, and many in Congress demand trillions of dollars of “borrowed” money—actually, printed money—and seek to reorder American society in unprecedented ways with the falsehood that it will mitigate a warmer climate decades from now. Meanwhile, reputable scientists and experts are using government agency data to make the opposite case, that climate change is benign and manageable. They include former Obama Energy Department chief scientist, Steven Koonin, author Michael Shellenberger, and many others.

Lastly, there is the exploding nation debt. One of its causes is the $2 trillion in new spending and nearly $5 trillion proposed, including “green infrastructure” coming from the Biden administration and the climate extremist caucus in the U.S. Congress. They would include Sen. Bernie Sanders, the chairman of the Budget Committee. Their spending binge perpetuates the deceit that deficits and debt closing in on $30 trillion and climbing do not matter. But they do. Creating money out of thin air or from printing presses to finance climate and other policies already is biting back, with growing inflation that will harm every non-wealthy American.

The upshot is that perfidious politicians and their ilk cannot repeal the laws of economics any more than they can stop a virus with mask mandates or economic lockdowns, nor can they make the climate change in a different direction. But, in their lust for political power and societal control, they go on trying to make us believe they can do these impossibilities through their incessant dishonesty.