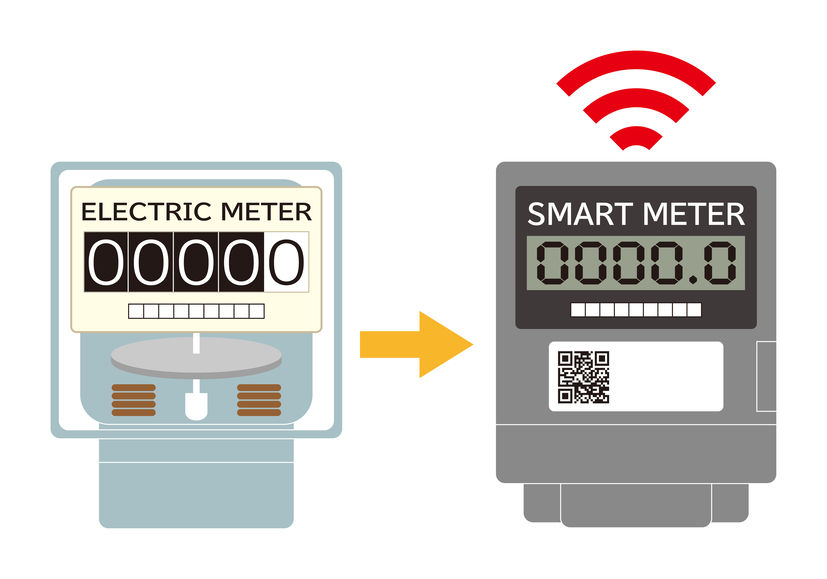 In the old East Germany, one of the ways the Stasi kept the populace in line was through a carefully selected and well-placed “Hausvertrauensmann,” or residential confidential informant.

Every apartment house had one. No, the toilets didn’t always flush, and cracks in the walls were a constant reminder of shoddy construction in the Workers’ Paradise. But the Hausvertrauensmann made sure that anti-revolutionary words and deeds by disgruntled residents were duly reported to internal security authorities.

Communist East Germany has been mercifully gone for over 30 years, but the residential confidential informant is very much with us. In its new guise it’s called the “smart meter.”

“A smart meter,” according to Wikipedia, “is a device that records information such as consumption of electric energy, voltage levels, current, and power factor. Smart meters communicate the information to the consumer for greater clarity of consumption behavior, and electricity suppliers for system monitoring and customer billing.”

That certainly sounds benign enough. But as pointed out by Lee Bellinger, publisher of Off-Grid Confidential, smart meters and the emerging “smart grids,” of which they will be a part, serve a much darker purpose. “Smart meters serve as surveillance devices, identifying and recording patterns of electrical consumption inside the home,” he notes in his informative newsletter’s May issue. “They transmit wireless signals that could be intercepted by unauthorized parties. Those with access to the smart meter databases can review a detailed history of household activities.”

Smart meters do not have the ability to reduce energy usage directly, Bellinger points out, even though they are likely to be “upgraded” in the Biden administration’s infrastructure bill. “Instead, their purpose is to monitor your home every single hour of every day and transmit very detailed data about your private behavior at home to the utility company, which could then share the data with any government agency that asks for it.”

In other words, smart meters are a government-authorized, electric utility-supported home invasion that not only puts our personal data at the disposal of entities that do not wish us well. These devices also pose a serious public health threat. They “emit up to 100 times the microwave radiation of a cell phone, 24 hours a day, potentially increasing cancer risk,” Bellinger adds. As he explains, the implications of this are far-reaching:

Most utility industry health studies only study the effect of one smart meter per home. But the effect of clusters of smart meters on apartment houses multiplies the risk even further! The risks aren’t just theoretical. Homeowners have reported experiencing headaches, drowsiness, and symptoms of depression after smart meters were installed.

These homeowners’ complaints, it should be noted, are remarkably similar to those voiced by people living near industrial wind turbines, where a combination of turbine noise, low-frequency sound, ground current, and shadow flicker has impaired the health of nearby residents. The Green New World we are entering will not be a healthy one.

Utility companies have installed millions of smart meters for customers who did not request or consent to them – often describing them as “mandatory,” Bellinger writes. He points to growing resistance to smart meters across the country, with many customers placing cease-and-desist notices on their meters warning utility companies not to trespass or install any digital smart meters on the premises. Some are even padlocking their analogue meters to protect their homes from these unwanted intruders.

An Important Tool in the Coming World of Energy Shortages

Around-the-clock surveillance is an essential element in the energy-rationing apparatus being put in place to deal with the inevitable energy shortages that lie ahead. Because intermittent wind and solar power – no matter how generous and never-ending the taxpayer subsidies – will never meet America’s energy needs, our behavior must be strictly monitored. Rolling blackouts and brownouts, which will accompany the forced transition to a decarbonized economy, will spark unrest in the populace that could jeopardize the position of the ruling class.

Having means at their disposal that will surveil, and ultimately punish, those not behaving in a climate-friendly manner is how the climate oligarchy plans to keep itself in power.