Bolshevik Bernie On The Verge Of Total Power 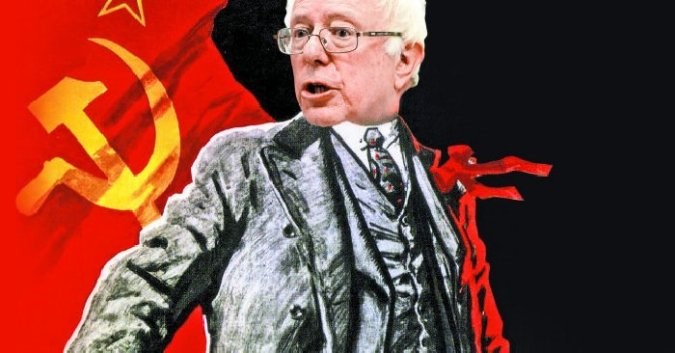 Bolshevik Bernie On The Verge Of Total Power

Bolshevik Bernie Sanders, the lone Senate member of the Congressional Progressive Caucus, is poised to take over the Democratic Party after his supporters and sympathizers engineer the ouster of New York Governor Andrew Cuomo and President Joe Biden. Sanders’ socialist “dream” is about to come true.

The open Marxists on the verge of a complete takeover of the Democratic Party are true globalists, linked to the international socialist and communist movements.

Conservatives think the demise of New York Governor Andrew Cuomo, in response to allegations that he told dirty jokes and played touchy-feely with feminist staffers, is a good thing. But the attacks on Cuomo are designed to set the stage for President Kamala Harris. After all, Joe Biden has his own accuser, a woman named Tara Reade, in addition to the fondling and sniffing of children and women’s hair he has already engaged in. What’s more, he’s not in good mental or physical shape anyway.

No serious Democrat believes he can lead the Democrats to victory in 2024.

Even if Cuomo doesn’t step down, his future politically is dead. Then look for Biden to get the message and take himself out of politics. With Cuomo and Biden out of the way as party leaders, the Democrats put on a new fresh face, a break with the old guard. Biden, after all, was described as the “forgotten man,” a man of the past. He will have proven his usefulness by serving as a front for the Marxists in the party up to this point. Harris will be the face of the new socialist revolutionaries of the Democratic Party.

Harris has always been a favorite of Steve Phillips, author of the “Brown is the New White” strategy of one-party Democratic Party control of the U.S. Phillips married into the billionaire Sandler fortune.

This evidence of this successful strategy can be seen in the case of the Democratic Party state apparatus in Nevada, where the open Marxists of the Democratic Socialists of America (DSA) have seized control. This is a template for what’s happening nationally.

The 1 percent figure is very misleading. The Congressional Progressive Caucus, a Marxist-oriented group close to DSA with its own Progressive Caucus PAC, includes nearly 100 members of the Democratic Party in Congress.  This is the group driving the Marxist agenda of Biden/Harris. It claims 234 chapters around the country. One chapter in Washington, D.C., perhaps a future state, grew by 500 percent in one year.

The DSA describes itself as the largest socialist organization in the United States and was once the principal U.S. affiliate of the Socialist International.

The DSA has been key to the Democratic Party’s success in the past.

Indeed, Barack Hussein Obama received the endorsement of the Chicago branch of the Democratic Socialists of America in 1996 for an Illinois state senate seat. The DSA socialists groomed and backed him all the way into the presidency.

Senator Bernie Sanders, a collaborator, if not a member, of the Democratic Socialists of America, is the only Senate member of the Congressional Progressive Caucus and had sought the presidential nomination of the Democratic Party in the past. He is now firmly in control and driving the agenda. As he sees it, America is on the road from capitalism to socialism and communism.

If you consider the communist label “McCarthyism,” don’t forget Sanders did volunteer work on a pro-Stalin Israeli kibbutz. One of his supporters, James Hodgkinson, was the gunman who shot Rep. Steve Scalise (R-LA) and three other people in 2017.

The name of Bernie Sanders, then identified as the former mayor of Burlington, Vermont, was on a list of speakers at a 1989 U.S. Peace Council event to “end the Cold War” and “fund human needs.” The U.S. Peace Council was a front of the Moscow-funded Communist Party SA, which has now turned pro-China.

The assumption of some is that “democratic socialism” has nothing to do with communism. But researcher Trevor Loudon notes that the DSA is a Marxist organization that draws heavily from the ideas of the late Italian Communist Party theoretician Antonio Gramsci. DSA wished Karl Marx a “Happy Birthday” and offers “Introduction to Marxism” courses.

Viewed in this context, one of the more interesting members of the DSA is Kurt Stand, a communist spy for the Soviet Union (and then Russia) and East Germany who was sentenced to prison in 1998 and released in 2012. He served over 17 years. He was convicted of conspiracy to commit espionage, attempted espionage, and illegally obtaining national defense documents. After his release, he returned to the DSA and has been covering DSA activities in Maryland.

Bolshevik Bernie Sanders would agree. They know it’s easier to merge various nations into a one-world government if they are on the path to world communism.

The open Marxist takeover of the Democratic Party sounds ominous, except for the fact that it provides conservatives and Republicans a golden opportunity to inform the American people about what’s in store for a nation founded upon private property rights, individual liberty, and Christian values.

Meanwhile, Tucker Carlson of Fox is going where no Republicans want to go — questioning how America can maintain a first-rate military with pregnant soldiers on the front lines. Not to mention homosexuals and transgenders. Why is the military top brass attacking Carlson and defending this fundamental transformation of the Armed Forces? Whose side are they on?

The end may be near for Cuomo and Biden, but the Marxist machine called the Democratic Party is just getting started.

Published with Permission of trevoerloudon.com