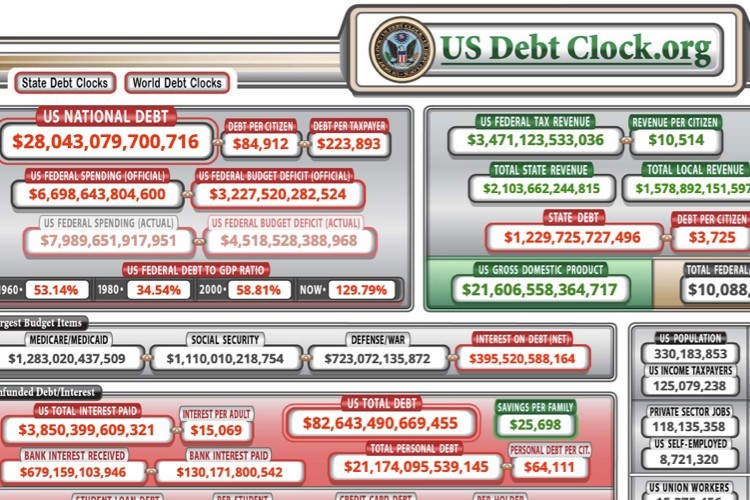 President Biden has signed the $1.9 trillion American Rescue Plan that will bring the national debt well beyond the $28 trillion it is now.

Americans who qualify for “stimulus payments” will start receiving payments as early as this weekend, but the bill does more than send out cash. The bill includes a cornucopia of other goodies, such as more money for leftist federal grant makers that will push its 10-year cost beyond $4 trillion.

Whatever Americans get from all that money now, they’ll pay for it later. Or maybe sooner.

Though Biden hasn’t held a press conference since he was inaugurated, he did come to life long enough yesterday to say a few words after he signed the bill. “An overwhelming percentage of the American people — Democrats, independents, our Republican friends — have made it clear — the people out there have made it clear they strongly support the American Rescue Plan,” Biden said:

Yesterday, with the final passage of the plan in the House of Representatives, their voices were heard and reflected in everything we have in this bill.  And I believe this is — and most people, I think, do as well — this historic legislation is about rebuilding the backbone of this country and giving people in this nation — working people and middle-class folks, the people who built the country — a fighting chance.  That’s what the essence of it is.

Actually, neither Biden nor his leftist party colleagues care much for the “people who built the country.” If they did, they wouldn’t be importing Latin Americans at a rate of more than 3,500 every day.

That aside, the bill contains, again, more than just a big check for Americans earning under $75,000 annually.

Among the other goodies are these, NBC reported:

But at least those payments are, in some sense, directed at people who need help.

Other money isn’t. Thus does the list of handouts includes these wasteful items that have nothing to do with “virus relief:”

The Committee for a Responsible Budget put the plan’s 10-year cost at $4.1 trillion because of tax-credit and economic relief extensions and interest on the debt that will cost $2.2 trillion.

Would It Pay Not to Work?

Such is the munificence of the rescue plan, John Carney wrote at Breitbart yesterday, that it might pay one not to work.

Carney calculated that a family with two jobless parents and three kids could net more than $92,000 if they exploit all the plan’s many subsidies.

Though “the enhancements are not scheduled to last the full year and neither are the extensions of benefits,” Carney explained, “Congress has repeatedly extended the length of time a jobless American can collect benefits and kept federal enhancement in place long after it was set to expire. The current enhancement is set to sunset in September but only time will tell.”

That figure would vary depending on a state’s unemployment benefits, and, again, the number of children and their ages.