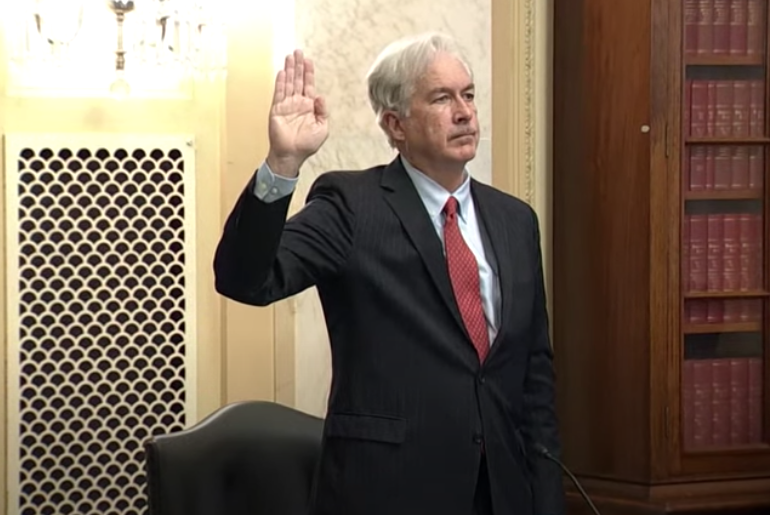 By Life and Liberty News

Joe Biden’s nominee to head the CIA, William Burns, has a long detailed history bending his knew to the CCP.

In a report recently conducted by House Republicans, Burns has a connections to the Chinese Communist Party. According to the report, Burns welcomed many Chinese nationals to the board of the Carnegie Endowment for International Peace while he was president. Zhang, a Chinese businessman linked to the CPP, received top position on the board at Burns’ request.

Zhang’s firm, along with the China-U.S. Exchange Foundation, an organization connected to the CCP and responsible for “United Front” work in the U.S., gave Carnegie millions of dollars to help build the think tank’s Beijing-based Carnegie-Tsinghua center.

If confirmed by the Senate, Burns would be the first CIA leader whose experience is largely from the State Department, where he served under both Republican and Democrat presidents. He rose through the diplomatic corps ranks to become deputy secretary of state before retiring in 2014 to run the Carnegie Endowment of International Peace.

While at the State Department, Burns helped negotiate former President Barack Obama’s 2015 Iran nuclear deal, which failed to stop the regime’s desire to weaponize its program. Instead, the deal paved the way for them to do so legally in the future. Former President Donald Trump canceled the deal.

After Trump took office in 2017, Burns held his tongue until 2020, when he began writing highly critical pieces of the Trump administration’s policies in Foreign Affairs and other publications. Burns has been a staunch advocate of “rebuilding and restructuring the foreign service,” positions he shares with Biden.

“Ambassador Burns will bring the knowledge, judgment and perspective we need to prevent and confront threats before they can reach our shores,” Biden said. “The American people will sleep soundly with him as our next CIA director.”