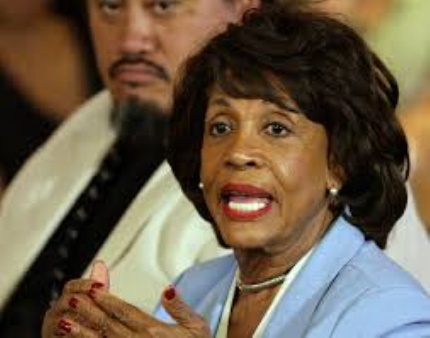 Democrats were warned by law enforcement about the posts calling for the storming of the Capitol on January 6th. Law enforcement told them they were real threats. Some were even arrested before the riot. They did nothing.

House impeachment manager Rep. Stacey Plaskett revealed during the second day of the Trump impeachment trial that they knew it was coming.

“The day before the rioters stormed the Congress, an FBI office in Virginia also issued an explicit warning that extremists were preparing to travel to Washington to commit violence and, quote, war, according to internal reports,” she said.

“Leading up to the event, there were hundreds, hundreds of posts online showing that his supporters took this as a call to arms to attack the Capitol,” she continued. “There were detailed posts of plans to attack online. Law enforcement warned that these posts were real threats and even made arrests days leading up to the attack.”

Plaskett speculated that Donald Trump knew WITHOUT ANY EVIDENCE.

Rep. Maxine Waters revealed in an exclusive interview just after the capitol building uprising that she warned the capitol police chief days before the attack. He ignored the warnings, she said.

“First of all, to the families of those who died, they need to sue the U.S. government because the Capitol Police and others who had the responsibility of organizing security for this event failed,” Congresswoman Waters continued.

“Either they are incompetent, or they lied, or they’re complicit. This is a very complicated combination of individuals and operations that I think played a role in this attack on our Capitol.

“I had an hour-long conversation with the [now former] chief of police of the Capitol days before this took place. I brought the issue about security up in our caucus, and the head of the House administration had the Capitol police chief call me.

“I asked him what he would do to keep these so-called protesters off of the Plaza and not close to the Capitol, and he assured me that there would be barricades and that they would not get anywhere near the Capitol.”

Sund resigned after the attacks and was replaced by Morgan State University graduate Yogananda Pittman. Congresswoman Waters recalled pointing out to Sund that the Proud Boys and other right-wing organizations that support Trump had already arrived in Washington.

“In my estimation, the chief didn’t seem to have a handle on this,” Congresswoman Waters determined.

“I asked [Sund] about whether they had the cooperation of D.C. Police, and he said ‘absolutely.’ I asked if they would have police on top of the building because that’s where snipers go,” she continued.

The fact is that the Capitol Police removed barricades and let the mob advance. Others allowed the ‘protesters’ to enter through a side door as they screamed out curses and insults.

When the bare-chested buffalo horn guy ran around with his spear, the police only mildly warned him about what not to do.

The former Capitol Police Chief Steven Sund was forced to resign under heavy pressure from Democrats. His story differs.  Sund claims he asked for more help six times, although he wasn’t expecting a problem. The support was denied. He only had about 250 officers, with hundreds of thousands of protesters coming. Even if there were only 250,000 protesters, that left one officer for every 1,000 protesters — that’s ridiculous.

When Sund saw it was an emergency at 1:00 pm, he called for the National Guard, but they didn’t start rolling in until 5:40 pm. He said they were supposed to be on the ready with little notice.

The U.S. Congress was warned at least three days in advance of the capitol riots that there was a high potential of violence erupting at the nation’s capital.

Speaker Pelosi is ultimately responsible for the security of the Capitol.

DEVIN NUNES WANTS TO KNOW WHAT PELOSI KNEW AND WHEN

Rep. Devin Nunes wants to know what Speaker Pelosi knew and when she knew it.

Devin Nunes was on Laura Ingraham’s show two nights ago to discuss the impeachment trial. He said what we are also not hearing is the FBI and the police knew of the groups that were going to be there. They had good intelligence.

There was the smallest fencing he had ever seen around the Capitol. There was a request for additional security, and the Speaker is responsible for that. We need to know what the Speaker knew and when did she know it.

According to NBC News, the FBI is currently looking into possible insider collusion and foreign interference fomenting rebellion by extremist right-wing groups. They are looking into far-right groups in France.

One thing that appears evident is there is a lot of blame to go around.