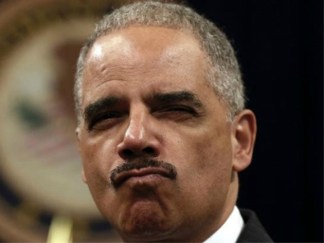 Former Attorney General Eric Holder urged Democrats to “use the power” of their U.S. Senate majority to pack the Supreme Court and the federal judiciary.

The Supreme Court is the only body that protects the civil rights of Americans. Stacking it would mean transforming it into another leftist legislative body.

“It is painfully clear Democrats and progressives are uncomfortable with the acquisition and use of power, while Republicans and conservatives never have been,” Holder said during a virtual conference on judicial reform hosted by the Brookings Institution. “Our courts badly need reforms.”

“The Republicans have abused their power to give themselves an unfair advantage,” Holder later added. “It is necessary and totally appropriate to add seats.”

Eric Holder is a long time advocate of packing the court. He talked about doing it in 2019 during a discussion at Yale Law National Security Group.

It’s nothing more than a complete power grab.

“In response to a question, Attorney General Holder said that given the unfairness, unprecedented obstruction, and disregard of historical precedent by [Senate Majority Leader] Mitch McConnell and Senate Republicans, when Democrats retake the majority they should consider expanding the Supreme Court to restore adherence to previously accepted norms for judicial nominations,” said Patrick Rodenbush, spokesperson for the National Democratic Redistricting Committee.

Any excuse would work. If they didn’t have one, he’d make up one. The sad truth is that Americans probably wouldn’t react. They have the media lying to them about its importance.