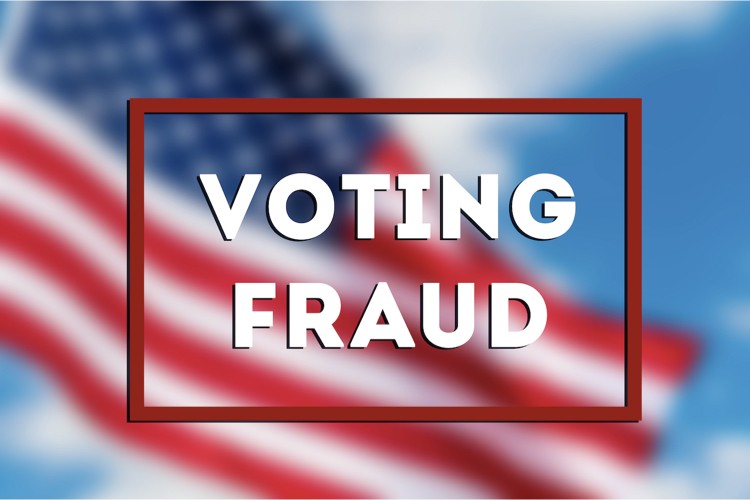 Not happy to steal only the presidential race, Democrats want control of the federal legislature. With the House already in their grasp, that leaves the Senate. That means the runoffs for the two seats in Georgia were too important to leave to honest election results. Now, a recent video from Project Veritas shows that Democrats — true to form — broke election laws to make sure the votes went their way.

The video, released Monday night, shows a Central OAC executive admitting her organization registers thousands of homeless people to vote at the same address in Fulton County. That address is 201 Washington Street SW Atlanta, GA — the address of Central OAC. Central OAC (Central Outreach and Advocacy Center) — located in Atlanta — is an “independent non-profit,” according to its website. The ostensible focus of the organization is — according to its mission statement — to “open doors to overcome and prevent homelessness.” In reality, the organization appears to be a front for Democrat activism, at least some of which involves using the homeless people they claim to serve to manipulate votes in key elections.

By allowing — and even encouraging — people to register a false address for voter registration, Central AOC deliberately violates Georgia law. Specifically, GA Code 21-2-216(a)(4) requires a person to vote where they live and GA Code 21-2-562(a)(1) states that permitting a person to use a false statement on a voter registration is a crime punishable by up to 10 years imprisonment.

Despite all of this, Kimberly Parker, an executive director at Central AOC, is shown on the undercover Project Veritas video boasting that her organization allows “the majority of the people [they] serve” to “use [the organization’s] address if they register to vote and to get Georgia State ID.”

She is shown saying, “So, the majority of the people we serve don’t have an address, so we allow them to use our address if they register to vote and to get Georgia State ID. Because you have to have proof of residence, and so although we are not a shelter, we do allow them to use 201 Washington Street.”

So abundant and prolific is the fraud that Parker admits that she has no idea how many people are fraudulently using that address to vote. She also boasts that “until this election” Central AOC has “never run into any problem” with the fraud and goes on to say that the “problem” they ran into this time was short-lived. “I can’t even begin to tell you how many people have that address on their ID. We’ve never run into any problem with that until this election,” she said. “One of our board members got wind that they thought we’re doing things not on the up and up because so many have the address, but we’ve not heard any repercussion from it since.”

The New American attempted to reach out to Central AOC for comment, but found that “due to COVID-19,” they have closed their phone lines. There is not even the option of leaving a message. In the wake of Parker’s admission, Central AOC has deleted its Twitter account and purged pages on its website that list staff and other contact information.

This fraud means that thousands of votes cast in “this election” are illegal and fraudulent. And it is not only Central AOC perpetuating this fraud. As Project Veritas reported:

In a related piece of footage from Georgia, Adam Seeley, Board Member of Central Night Shelter (also located at 201 Washington Street) and Director of Social Services at Emmaus House confirmed 201 Washington Street is not the only shelter being used to register homeless people to vote.

“A couple thousand people had our address [Emmaus House] registered as their mailing address for their voter registration,” Seeley said.

Any real attempt at maintaining the integrity and veracity of the election system in Georgia (or anywhere else, for that matter) would mean purging the roles of the multiple thousands of voters registered to the same addresses. It would also mean disqualifying and refusing to count those votes. Otherwise, Democrats will continue to “win” elections by manipulating vulnerable people to vote in accordance with the hands that feed them. Literally.