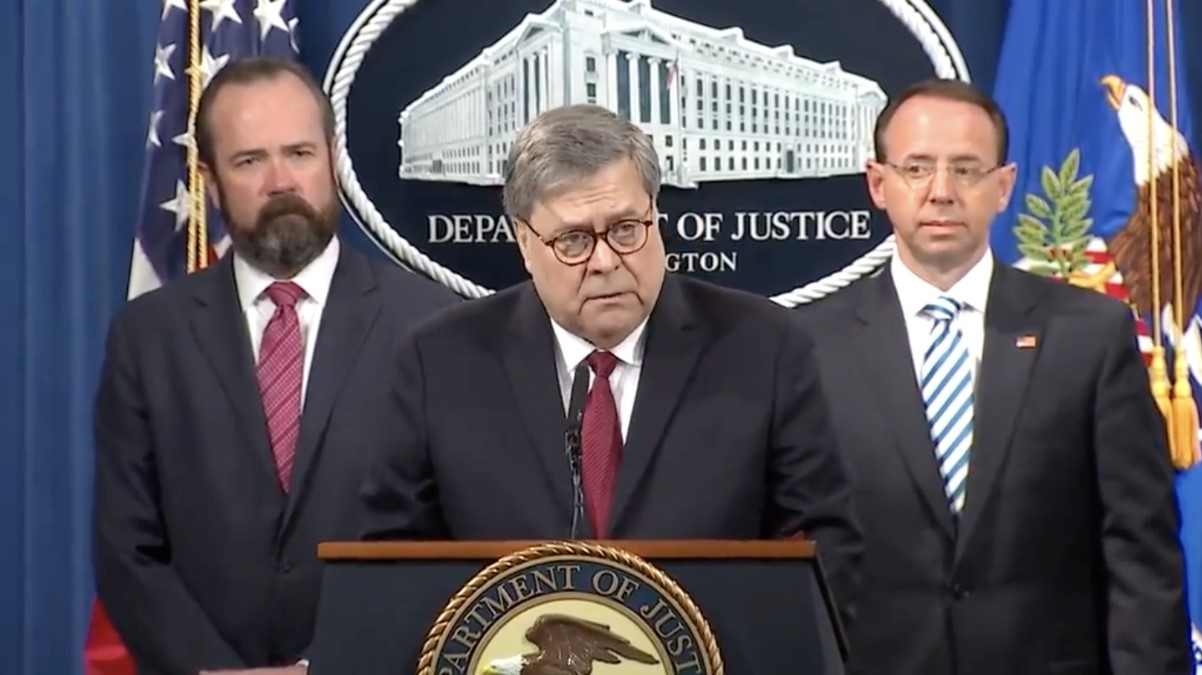 The biggest difference between Republican and Democratic administrations is that Republican presidents and their Cabinet members play by the rules, while Democratic regimes play to win.

Understanding and believing that explains the difference between Barack Obama and the people he picked to run his Justice Department and FBI, and those picked by Donald Trump.

Obama’s people followed his lead and allowed their offices and agencies to become politically weaponized, as evidenced by the massive spy operation launched against Trump’s 2016 campaign. Masked as a phony ‘counterintelligence’ probe, it involved every aspect of the deep state’s intelligence and federal law enforcement apparatuses, to include foreign assets (now imagine what all of that cost taxpayers).

By comparison, Trump’s Justice Department, led by Attorney General William Barr, continues to follow established rules and guidelines to a fault — and it may have even cost our country the greatest president of our lifetimes.

Attorney General William Barr, in the weeks before November’s election, instructed prosecutors and senior colleagues to prevent word of investigations into Hunter Biden from becoming public and keep the Justice Department out of campaign politics, according to people familiar with the matter.

Barr and senior DoJ officials even reportedly went so far as to ask prosecutors whether they could trust their staff members to keep quiet about the probe, “warning against issuing subpoenas or taking other steps that might become public,” the paper reported.

Several things are problematic about this.

First and foremost, Hunter Biden is corrupt, period, and so is his father, if previously reports detailing business ties to Russia, Ukraine, and Communist China are accurate. And we know that they must be, because the Justice Department is investigating Hunter Biden which is a pretty good indicator something is amiss.

But also, President Trump has been pressing for an investigation into Hunter Biden and, to another extent, ‘China Joe’ Biden as well, for the same reason: Credible allegations of massive foreign influence and corruption. This is really a big deal now considering Democrats and the deep state managed to steal this election from Trump and are ready to install their Manchurian candidate.

Also, according to the WSJ, Barr’s Justice Department blew off GOP lawmakers who sent him a letter in October asking Barr to appoint a special counsel to investigate Hunter.

“Insofar as we’ve seen some divergence between what Trump wants and Barr’s vision of the executive, Barr appears to have sided with his vision of the executive and his role at the department,” Jonathan Adler, a law professor at Case Western Reserve University, a member of a group of RINO lawyers who have been perpetually at odds with Trump and Barr. (Related: TREASON: Kamala Harris listed as one of “key contacts” for Biden family China business ventures, meaning both U.S. leaders are compromised by Beijing.)

“It doesn’t transform him from a villain to a hero, but it suggests he’s a more complicated figure than at least some of his critics were acknowledging,” Adler continued.

Well, sure, far from a hero. Had the tables been turned, Obama and his corrupt regime — Comey at the FBI and Loretta Lynch as AG — would have eagerly exposed any investigation into their political opponents as well as filed charges if they believed it would help them politically. Everybody knows that.

Over the weekend, a clearly perturbed President Trump lambasted Barr after revelations broke last week that the department launched a probe into Hunter Biden in 2018. Barr never informed him, the president said.

We have to agree. Anything that could have prevented the most corrupt presidential contender next to Hillary Clinton from becoming president would be considered ‘fair game,’ because it would have been best for the country.

But no. Bill wanted to ‘play by the rules.’ And now we’re truly screwed.

See what President Trump’s next moves are going to be at Trump.news.