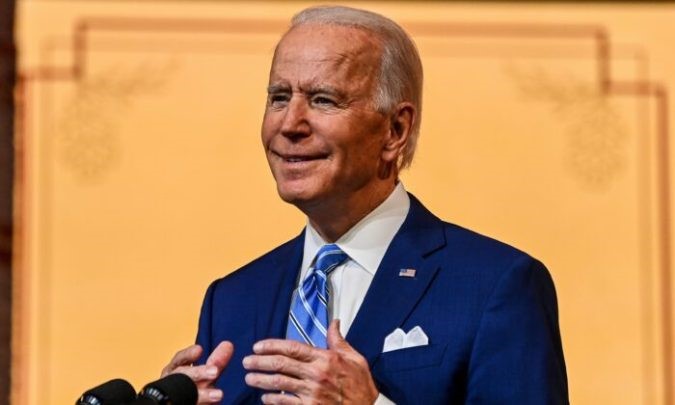 The American public is becoming increasingly aware of evidence of massive computer fraud, out-of-state and dead voters, and truckloads of fake ballots tilting the recent election toward Joe Biden. There are even whispers of Venezuelan, Iranian, and Chinese involvement.

No one, however, is yet talking about the fact that a network run by pro-Chinese Communist Party (CCP) activists solicited hundreds of thousands of votes for Joe Biden in several key battleground states. Under our very noses, these CCP-backed American communists claim to have defeated their nemesis Donald Trump and won the election for the Biden/Harris ticket.

We know that the CCP wanted Donald Trump defeated. His hard line on trade, his support for the Hong Kong democracy protesters, his upping of the U.S. military budget, and his loyalty to a free Taiwan made President Trump a major roadblock to the CCP’s global ambitions.

It shouldn’t be surprising then that the CCP might be tempted to mobilize its extensive American networks to help defeat Trump at the polls.

This network was led mainly by members of the pro-CCP communist group Liberation Road (formerly known as Freedom Road Socialist Organization), their sister group LeftRoots, and allies in the Communist Party USA and Democratic Socialists of America.

Many of the Liberation Road/LeftRoots members involved are tied to the Chinese Progressive Association of San Francisco (CPA), which has used mass voter registration tactics to dominate Bay Area politics for many years.

Many of the comrades are also heavily involved in Black Lives Matter. Some also have deep ties to CCP operatives in San Francisco.

Formed in 2019, Seed the Vote is a project of Everyday People PAC and is supported by Liberation Road front groups including Bay Resistance, Bay Rising Action, San Francisco Rising Action Fund, and “other organizations and individuals throughout the Bay Area committed to building political power in our communities.”

Known Seed the Vote leaders include:

The CPA has served Beijing’s interests in the Bay Area since 1972.

In a May 22 webinar from the far-left Center for Political Education, Alex Tom of CPA and Seed the Vote boasted of his close relationship with CCP officials in San Francisco. He also admitted to having “various conversations with them about our positioning.” He said working to “get rid of Trump” was a main issue.

Seed the Vote is clearly a CCP-affiliated operation.

While a relatively new entity, Seed the Vote has built ties to several already-existing voter registration movements across the nation—all in “swing states.”

Seed the Vote’s immediate goal is to defeat Trump. The longer-term goal is a socialist United States.

“We want to leverage the experience, capacity, and expertise of organizers and activists in California in support of long-term organizing in our neighboring states.

“Our goal is not just to push Trump out of office, but to help shift the balance of power in the states where we are working in favor of communities of color, social justice organizations, and labor. We want to be tactically and politically smart, and move our politics and organizations forward.”

In a recent webinar, Adam Gold of Seed the Vote stated: “We were really determined to defeat Trump. We were focusing on seven states this year and it looks like six of those went to Biden.”

In a post-election Zoom conference involving several state organizing groups, Alex Gomez, co-executive director of Arizona’s LUCHA, boasted that her organization was part of a coalition “able to drive 8 million calls … able to knock on over 1 million doors …” to deliver a surprise narrow win for Biden.

Pennsylvania Stands Up is a statewide network of voter registration organizations, including Berks Stands Up, Lehigh Valley Stands Up, Delco Stands Up, Erie Stands Up, and Reclaim Philadelphia. Most of these groups are headed by Liberation Road affiliates or Democratic Socialists of America members.

In May 2020, Reclaim Philadelphia signed on to a letter circulated by several Liberation Road-aligned figures criticizing candidate Biden for a campaign ad that was deemed too critical of China.

The New Georgia Project was originally founded by former Georgia state Sen. Stacey Abrams and was led until recently led by Rev. Raphael Warnock, who is now running for U.S. Senate.

“They’re getting really, really, really close to calling Wisconsin. Biden is up by 20,697 votes and in 2016 Trump carried the state by 22,748 votes. So it’s almost that, that margin is still the same amount roughly but just inverse and that’s due to the work that we’ve done.”

Seed the Vote’s 2020 effort was modeled on the past successes of Liberation Road front groups, the Carolina Federation in North Carolina, and New Virginia Majority (NVM).

The recently established Carolina Federation unites more-established voter registration groups Durham For All, Down Home NC, Forsyth Freedom Federation, and New Hanover For All. Over the past 4 years, Durham For All has heavily targeted the black communities of the “Bull City” and has elected several sympathizers to the Durham City Council.

Founded in 2007 and led by Liberation Road communist Jon Liss, NVM can rightly claim credit for flipping Virginia from red to blue.

In 2018, NVM Co-Chair Tram Nguyen published an op-ed in The New York Times saying, “Democrats could learn a lot from what happened in Virginia.”

“The national Democratic Party spent millions in Virginia this year, but the state wasn’t always such a priority. From its position in the South to its prominent role in America’s legacy of oppression, Virginia was long considered reliably conservative—unbreakable. As recently as six years ago, Republicans controlled the office of the governor and the General Assembly.

“Local organizations like mine understood the political potential of Virginia when we got started 12 years ago. We are winning because we recognize the power of an electorate that includes and reflects the diversity of our state. We don’t talk to voters only when campaign season rolls around. We try to reach voters of all colors, women, low-income workers and young people where they are, which has made it possible for us to develop a robust base of support along Virginia’s so-called Urban Crescent, from Northern Virginia to Hampton Roads. Long before Election Day, we registered more than 300,000 voters, knocked on more than 2.5 million doors, and organized within communities of color to help win significant policy changes like Medicaid expansion, which covered nearly 400,000 people.”

This is all, of course, entirely legal. However, any Chinese involvement in this project would be a very different matter.

Steve McClure is a former Washington resident who has close ties to Liberation Road and NVM. Since 2010, he has worked with the Geography Department of Wuhan University in China and is a research associate with the State Key Laboratory of Engineering Information in Surveying, Mapping, and Remote Sensing at the university.

For more than a decade, comrade McClure has used his skills in Geographic Information Systems (GIS) mapping to supply highly targeted voter identification information to NVM.

“I have been recently working with New Virginia Majority to make a series of maps to inform planning for precinct walks in Virginia State house districts. … The core data are lists of individual households by pan-ethnic census categories. … The results are subjective but do suggest … the ways that actual communities conform or diverge from the discrete territorial units which define an electoral terrain in a democracy.”

All this wasn’t theoretical. It was designed to help NVM flip districts across the state by micro-targeting potential Democratic voters in low-income and minority communities.

“In the general elections of 2008, Virginia voted Democratic for the first time since 1964 with Obama carrying the state. Demographic shifts and increased voter participation rather than a shift in political allegiances account for this outcome. …

“Focusing on Prince William County, Virginia, I applied spatial interpolation techniques in a GIS to translate the 2008 election returns from the geography of precincts to year 2000 zoning classification areas for further quantitative analysis. The goal was to produce actionable intelligence for working-class organizations building popular power at the base. …”

Is it legal for an American citizen, working out of a Chinese university, presumably paid a Chinese salary, to attempt to influence U.S. elections?

However, the Chinese Communist Party (CCP) has been influencing U.S. elections for at least a decade with zero outcry. This is not high-tech vote fraud. This is being done “legally” the old-fashioned way with mass voter registration and Get Out the Vote. The activity per se is legal. The CCP influence, though, may well be highly illegal.

This CCP influence in the United States needs to be stopped, and any law-breaking involved needs to be punished to the fullest extent the law allows.

Why should we allow a criminal regime to interfere in American elections?

Trevor Loudon is an author, filmmaker, and public speaker from New Zealand. For more than 30 years, he has researched radical left, Marxist, and terrorist movements and their covert influence on mainstream politics. He is best known for his book “Enemies Within: Communists, Socialists and Progressives in the U.S. Congress” and his similarly-themed documentary film “Enemies Within.” His recently published book is “White House Reds: Communists, Socialists & Security Risks Running for U.S. President, 2020.”