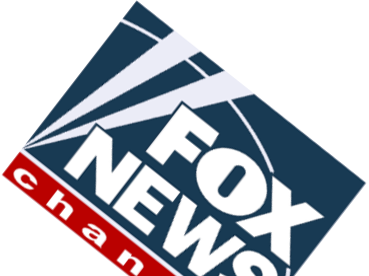 By Steve A. Stone

This morning, I listened to Glenn Beck on the way to work. I think an appropriate title for his first program segment might be “A Requiem for Fox News.” Glenn did reference Fox by using that term. His requiem was done in a semi-humorous way, but then went into a recount of a long history of Fox News and their rather tepid affinity for conservatism and being the “other voice” of the media.

I see the impending death of Fox News as the ratings leader and I see the inevitable rise of two of its competitors—Newsmax and OAN. Both Newsmax and OAN are unapologetic in their rather conservative viewpoint and their news coverage. Neither seems to do that pretentious “Fair and Balanced,” nor the “We report—You Decide” thing. They both seem to have specific points of view and portray arguments from the “other side” only to provide illumination of the truth of their own reporting.

There are several people who need to terminate their contracts with Fox News while they’re still strong and untainted. None of the names will surprise you: Sean Hannity, Tucker Carlson, Laura Ingraham, Mark Levin, Maria Bartiromo, Jeanine Pirro, Dan Bongino, and Greg Gutfeld are the ones that come quickest to mind. There are a few others, mostly contributors, not show hosts. Those people can either go on to make deals with Newsmax or OAN or go independent and set up their own media companies and do PodCast broadcasts like Megyn Kelly and Bill O’Reilly are doing.

Speaking of Megyn Kelly, she seems to be creating a bit of a firestorm. Her most recent Tweets are all in support of President Trump’s assertions regarding the potential theft effort that resulted in the media’s premature crowning of Joe Biden as our President-elect. Kelly is now tweeting things that refer to Trump voters as being disenfranchised and is taking on anyone who disagrees. She seems to have the Democrats all figured out at last, and is willing to bury that hatchet she’s carried for years against Trump. Now it appears she understands that Trump is by far the lesser of any evil choices Americans have had to make. I hope she picked up on the truth that Trump may at times go for someone’s throat, and he is capable of saying some pretty awful things about his adversaries, but he is also one who is quick to accept an apology and any new expression of support. He is not one to hold long-term grudges just because someone didn’t once love him. He’s sort of an odd guy in that respect, but I’ve seen many instances where he’s walked away from a long-held animosity and accepted a hand offered in friendship. Does Megyn Kelly want to board the Trump Train at last? If so, I wish she’d done it a year ago. Maybe if she had, her old sidekick, that Never-Trumper Chris Stirewalt, wouldn’t have appeared so gleeful on Election Day Eve as Fox called Arizona for Joe Biden. His elation in making and later defending that call was a bit too obvious.

If any news organization deserves to be outted and to be knocked off their pedestal, it’s Fox. They are emulating the NFL now. The NFL did something totally dumb when it decided to branch out into political moralizing as a sideline. They had the most valuable business franchise operation on the planet, but then somehow convinced themselves that Colin Kaepernick had a legitimate complaint. Instead of booting Kaepernick to the curb and laying down the law to all its employees (employees – that’s what all those football players are), they backed off and put out the word that player displays of anti-American sentiment were free speech, and they would sanction it. Then they allowed anti-police sentiments as well. It would seem the NFL is now fully “woke!” What we watched was a business that ditched the most successful business model ever created and adopt progressive ideology in its place. It’s as if the board of the NFL decided on its own that profits are intrinsically evil and that social and economic justice are superior business considerations. Now, it seems Fox is following along in the same vein.

If you were paying close attention to the on-air talent these past few weeks, you’ll have noted a bit of angst in their presentations. Someone from on high was communicating to them that their futures depended on how they addressed the election, considering the potential that a Biden-Harris win could devastate the network. It was apparent several weeks back that more and more time and consideration was being given to the “other side” of the opinion spectrum. Even though they still carried Trump rallies, there were some that weren’t fully covered, and it was also apparent great efforts were made to give Joe Biden all the time he could possibly take up. By Election Day, it seemed Fox’s on-air talent had the word that they needed to prepare for a Trump loss and to make sure any comments they made on-air were unbiased. Some commentators and show hosts seemed to be in extreme pain as they threaded the needles that were handed down from their front office. Since Election Day, it’s only gotten worse, as if some panic has set in and the people on our TV screens are completely uncertain of what to do. So, what’s going on? They’re dying, that’s what. And they all sense it.

The notion that a major corporation that’s at the height of its power and influence would ditch an obviously successful business plan and adopt a contrary ideology as its guide-star instead seems a bit insane. Yet, that’s what the Murdoch boys have done. They’ve allowed their own personal preferences for progressivism come to the fore and seem to have junked their dad’s old business plan; the one that made Fox a superstar network. They’ve opted to support a cynical and false ideology over a well-crafted, well executed, and peerless business concept that took Malcolm Murdoch years to put together. The “Old Man” just has to be proud of his boys.

I take this all as signs of fear. Those who have been platforms for the messages of conservatism are very afraid a Biden-Harris administration will make them pay. Instead of joining the fight against what was obviously, though not necessarily provably a stolen election they retreated and are now bowing down to what they perceive as the powers to be. I’m almost certain it won’t work. The progressives are going to work overtime to destroy Fox News. The major talent on Fox needs to move on and find new homes before the real bloodletting begins.

I recommend you all tune your TVs to either Newsmax or OAN. They are where the action in the future will be. If the Biden-Harris administration is sworn in those two networks are where “the conservative resistance” will find its homes. Fox News has sold us out before, but never as blatantly as now. They don’t deserve any loyalty from us at all. This isn’t about loyalty. It’s about principles. Fox chose political expedience over any other principle. They’ve made their choice, now it’s our turn to make ours.

OBTW – Facebook saw one million (1M) of its subscribers set up Parler accounts in just the last week. Parler is having coping issues and growing pains, but it appears the movement of all those accounts is a bit overdue. With the heavy-handed censorship of ideas on Facebook today and Parler’s stance against doing such things, it seems the need for the out-migration of accounts is both obvious and predictable. I have a Parler account, too. I set it up a month ago, knowing I was leaving Facebook soon.

When you stand back from all these events, you should understand this election is creating new societal dynamics that are seismic in their effect. When massive numbers of people shift from something as habit-forming as watching Fox News every evening while they surf their in-box feed on Facebook, something very big is going on. Take all that as symptomatic. Yes, the phenomenon is real, but is largely symptomatic. We need to understand it as part of an urge on the part of millions to get a better deal. We want truth in our media, not spin. Fox is spinning us, and has been for quite a while. We want freedom in cyberspace, where Facebook and Twitter seem to want to play thought police and determine what we should think, say, see and hear. People are seeking truth and cyber freedom. That’s what we’re seeing. Too bad they aren’t as ardent and active in seeking truth and freedom in politics. Maybe they would reject the shill of the progressive Democrats as fast as they reject controls imposed by Facebook. Then again, perhaps not.

I urge you all to examine your own habits. What do you watch on your TV? Where do you source your news? What social media platforms do you frequent? Perhaps it’s long past time you made some changes. Don’t ever keep doing anything in your life just because it’s habit. Question everything. Challenge everything. If something no longer serves your better interests, make changes. Try something new. You’ll be glad you did. That’s not just in news or social media, either. It goes for your circle of friends, your hobbies, your avocations, and every other part of your life where you invest your time, energy and emotions. What doesn’t serve you might need to go. If it’s not serving you, it might be holding you back. Be the master of you.

Recently, I’ve been urged to accept “the inevitable” and get used to the notion of Biden as my president. My response was, “That fat lady hasn’t sung yet.” That’s the way I see things. Trump still has a chance, though I don’t trust federal courts at all. But, until I know conclusively that Biden will be proclaimed the winner and the president-elect, I will continue to hope. I’m not at all sure what I’ll do if Biden is sworn in as the 46th President of the nation. Perhaps I’ll start attending funerals. After all, I may as well get used to them. Soon enough I’ll be attending the funeral of the late, great United States of America. One thing about that, though, when it’s my time I know when I face those long deceased founders of ours and they ask me about this time, I’ll be able to tell them, “I tried. I may have failed the nation and your memories, but I tried and did all I could.”