Idaho mine could bring back salmon and jobs 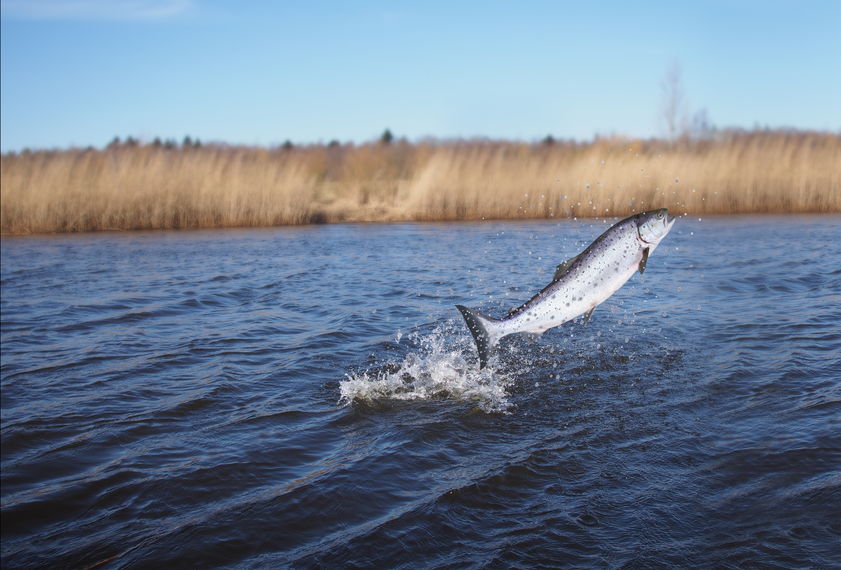 Idaho mine could bring back salmon and jobs

Who could possibly object to a project that will boost local employment, clean up waste left over from a bygone era of mining, and reduce America’s dangerous dependence on China for critical minerals?

The proposed Stibnite Gold Project in Idaho is unique in that it not only promises to supply the U.S. with lots of gold and antimony, a critical mineral with numerous applications in defense, aerospace, and consumer electronics. As part of its effort to reduce U.S. dependence on imports of materials crucial to national security, the Trump administration has included antimony on its list of “critical minerals” that should be supplied, when possible, by domestic sources.

After the gold and antimony have been extracted, the project would also restore a long-abandoned mining site, eliminating today’s unsightly mining pits and cleaning up befouled nearby streams.

Located in Central Idaho’s Valley County, the Stibnite Gold Project would be developed by Canadian company Midas Gold Corp. Mining in the mineral-rich area, known as the Stibnite Mining District, got underway in 1899. By far the most successful operation produced materials used in bullets and batteries during World War II. Other, smaller-scale operations followed until the last project shut down in 1996.

These largely unregulated operations did not distinguish themselves when it came to environmental stewardship. They left behind a mess. There is, for instance, a less-than-pristine lake known as the “Glory Hole” that now covers the old mining pit. To create the Glory Hole, water was diverted from a local tributary of the Salmon River in 1938. But the pipe used for the diversion was too narrow for the fish to pass through. The mine was shuttered at the end of the Korean War, allowing the river to flow back into the Glory Hole. This could have opened a passage for salmon to continue their migration, but a man-made waterfall proved too steep for the fish, leading to the loss of local salmon.

Looking to the Future

As part of its ambitious reclamation plan, Midas Gold has pledged to bring back salmon to the site by routing the river into another tunnel, one which will be wide enough and tall enough to allow salmon and other fish a clear passage.

This and other reclamation projects would be part of Midas Gold’s plan for a large open-pit mine on the 2,000-acre site, the chief goal of which would be to get at what is considered one of the largest gold deposits in the country. The mine would employ over 500 workers, representing a substantial economic boost to the sparsely populated rural area where jobs are scarce.

Groups such as the Idaho Conservancy and Idaho Rivers United oppose the project, which is no surprise, since environmental groups object to practically all mining projects. Yet Midas Gold has pledged it will reverse the environmental degradation left behind by its predecessors and, once their work is done, restore the area far beyond what is required by U.S. environmental statutes. This would be restoration that, in the absence of the mining project, would not take place.

Also raising concerns about the mine is the Nez Perce Tribe. The tribe is a prominent fixture in Central and Northern Idaho and has spent several million dollars trying to restore salmon to the region. It recently adopted a resolution opposing the Stibnite Gold Project, citing waste left behind by previous mining operations. The Nez Perce have a good case to make when it comes to the misdeeds of past mining operations, but their laudable salmon-restoration efforts have fallen short of what the fish require to recover. Their best bet is to work with Midas Gold and local communities such as Cascade and Yellow Pine that have agreed to take seats on a company-sponsored advisory panel overseeing the project. That would give them a say in bringing back the salmon and getting much-needed mining jobs for members of the tribe.