Kamala Harris praises the rioting and looting, calls it “marching” and states she has “great optimism” 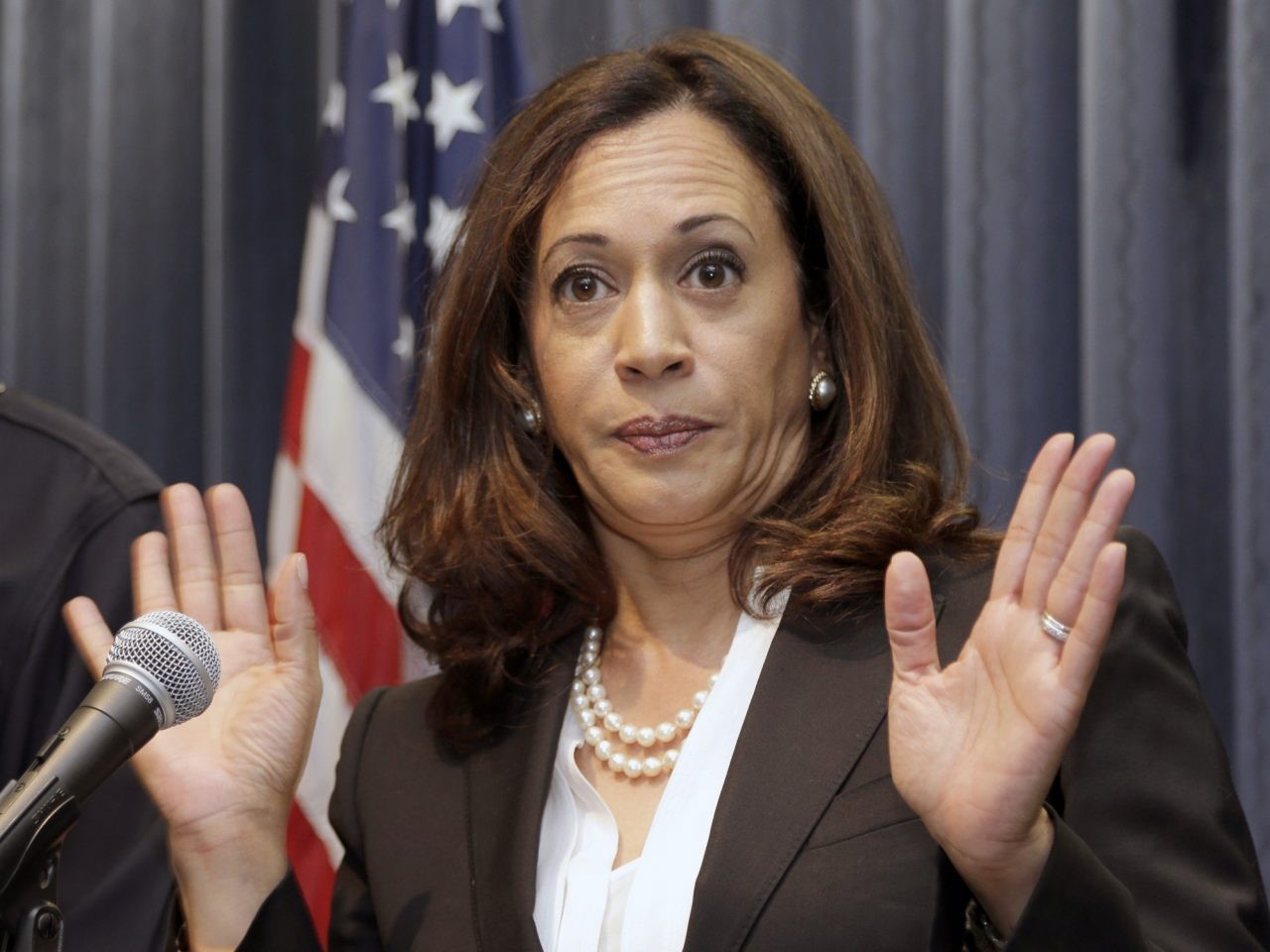 Kamala Harris praises the rioting and looting, calls it “marching” and states she has “great optimism”

Sen. Kamala Harris (D-CA) told 8 News Now on Monday that she finds “great optimism” in marches that have taken place around the country since the death of George Floyd, Breitbart reports.

In an interview with the local news TV station while she was campaigning in Nevada, she was asked how she would implement police reform.

Kamala Harris was in Las Vegas, Nevada, as part of her and Biden’s campaign trail.  The interview  included discussions on the pandemic and local businesses, she was asked what her and Biden are going to do about the defunding police aka police reform.

Her response was the same as she always stated, she believes in the movement of Black Lives Matter and she stands with them across our nation.

Kamala Harris calls the “marches” peaceful as she states that she has great optimism in what is going on in our cities.  This is referencing Black Lives Matter and the protests that are going on every day in our nations cities that turn into riots and looting.

8 News Now out of Las Vegas, according to Breitbart, released the following statement from Kamala Harris:

“I THINK THAT IT IS GOING TO BE ABOUT, AGAIN, SPEAKING TO THE VOICES OF THE PEOPLE. YOU KNOW I HAVE TO TELL YOU, IN THESE MARCHES THAT WE’VE BEEN SEEING AROUND THE COUNTRY FOR THE LAST MANY MONTHS, PEOPLE OF EVERY RACE AND EVERY AGE, EVERY BACKGROUND, EVERY GENDER, MARCHING TOGETHER ARM-IN-ARM, SAYING WE ARE BETTER THAN THIS AND WE’RE GOING TO FIGHT FOR THE BEST OF WHO WE ARE AS A COUNTRY, AND I FIND GREAT OPTIMISM IN THAT.

“SO YES, IT’S GOING TO BE PROCESS OF GOING THROUGH THE LEGISLATURE AND HAVING A PRESIDENT OF THE UNITED STATES WHO HAS THE COURAGE TO TAKE ON THE ISSUE, EVEN WHEN IT MIGHT BE DIFFICULT TO TALK ABOUT OR HEAR. BUT TO TAKE IT ON TO MAKE THIS A BETTER NATION AND TO ALLOW US TO BE MORE TRUE TO THE IDEALS THAT WE HOLD SO DEAR, INCLUDING EQUAL JUSTICE UNDER LAW.”

By her own words, and this is not the first time she has openly stated she stands with Black Lives Matter, she not only stands with them but she is openly fighting for the defunding of police departments and using the horrific violence as part of her and Biden’s presidential campaign.

On August 27th, Harris vowed to stand with those that were protesting in Kenosha, WI. As the video reported by CBS News Shows: 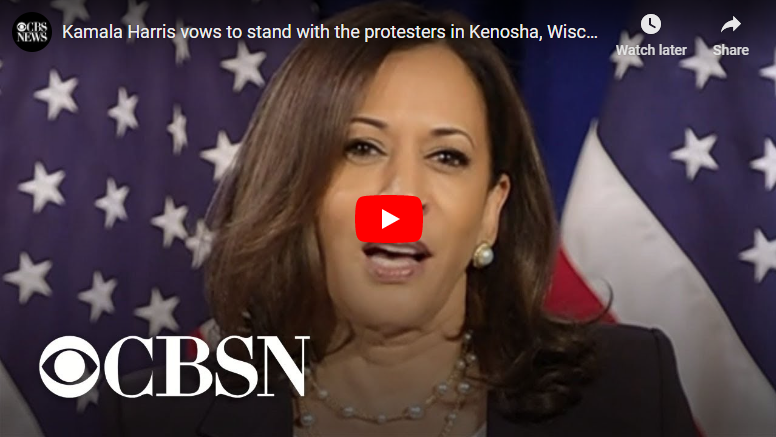 Appearing on Desus & Mero on Sunday evening, Harris was asked, “When you get into office, what can we expect from you and Biden and are you going to be more progressive as far as what people are asking about the cops?”

SHE RESPONDED, “YES, AND I’M GOING TO TELL YOU WHY.” SHE WENT ON TO SAY SHE WOULD HOLD THE POLICE MORE ACCOUNTABLE:

“SO FIRST OF ALL, IN A CRIMINAL JUSTICE SYSTEM, THERE’S THIS PHRASE ACCOUNTABILITY AND CONSEQUENCE THAT ALMOST ALWAYS COMES UP WHEN PEOPLE ARE TALKING ABOUT THE PERSON ARRESTED, BUT NEVER ABOUT THE SYSTEM ITSELF AND THE PEOPLE WHO WORK IN THE SYSTEM. BIDEN AND I ARE COMMITTED TO SAYING EVERYBODY NEEDS TO BE HELD ACCOUNTABLE, EVEN WHEN THEY WEAR A UNIFORM AND WEAR A BADGE AND CARRY A GUN.”

“AND YOU KNOW, I’VE BEEN OUT THERE MARCHING WITH FOLKS, AND SPEAKING THE NAME OF NOT ONLY MR. FLOYD, BUT BREONNA TAYLOR, AHMAUD, JACOB BLAKE, I MET WITH HIS FAMILY, AS DID JOE BIDEN,” SHE SAID. “IT’S GOT TO STOP. IT HAS TO STOP.”

Accountability and consequences are not just for Police Officers and civilians, we need to hold the corrupt and greedy politicians accountable for their actions and they too must face consequences.