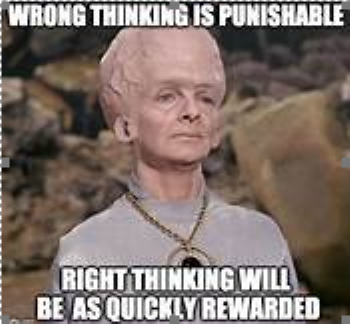 I received a phone message out of the blue a couple weeks ago from Daniel Walters of the Inlander. He said he wanted more information from some of the posts I had made on Facebook over the years, and some of my articles from inlandnwreport.com

I wasn’t sure if I should speak to Daniel after his unjustifiable attacks on Rep. Matt Shea for conducting a private Bible Study – contrasting Old Testament and New Testament Doctrines of warfare. But I decided to return Daniel’s phone message even though it had been Matt Shea’s practice to not speak to the Press after several hit jobs. Besides, the motto for my Campaign to fill Matt Shea’s Legislative seat of District 4 Position 2 is that “Truth Matters.” I smelled a fishing expedition, but I want to tell the truth about things, and I don’t want to live in a spirit of fear. As I clicked on Daniel’s phone number I said a prayer and decided to let ‘er rip and see how Daniel handled the truth.

This article last week was the result:  ‘Matt Shea-endorsed candidate Rob Chase dabbles in QAnon, 9/11 and other wild conspiracy theories’

My friends thought it was a hit piece and on balance so do I. That is somewhat understandable since Daniel is a Liberal and I am a Conservative, and he is surely rooting for my Democrat opponent to win.

I am a citizen journalist for the Inland Northwest Report, which has a decidedly Conservative bent, so I am not taking him to task for writing from his own perspective, besides, I had once heard there is no such thing as bad press. I’m not entirely sure about that sometimes.

It wasn’t Daniel’s first article on me. In 2014 he wrote an article ‘Manager or Activist?’, hi-lighting my two opponents for my re-election to County Treasurer, Mary Kuney (R) and Amy Biviano (D). They were criticizing me for being an activist while holding the position of County Treasurer which, despite being a partisan race, is a position that is mostly ministerial in practice.

Earlier that year I had been invited to speak to “Spokane Moves to Amend the Constitution”, which is a mostly Democrat effort to create an amendment to the US Constitution to get the big money out of politics. Hefty donations from artificial persons (mostly large corporations) is interpreted by the Supreme Court to be free speech. I am sympathetic to Spokane Moves to Amend.  I believe only an enfranchised human being from a candidate’s district be allowed to donate. But I would be willing to compromise if an artificial person be restricted directly, or indirectly, to the same amount as a voter – $2,000 in Washington State. I am thinking especially of Avista Utilities donating indirectly $100,000 to my opponent Mary Kuney in the District 2 Commissioner race in 2018. I doubt Mary feels as I do.

I know this because Mary Kuney chided me in 2014 per Daniel’s article for speaking to Spokane Moves to Amend. She said that as soon as she heard I had spoken to that largely Democrat group she knew she had to run against me and depose me as County Treasurer. Commissioner Al French told me personally at the time that he had recruited Mary to run against me (despite me being the first Republican Treasurer since 1956) because former County Commissioner Bonnie Mager, whom he had defeated, in 2010 was in the audience. Strangely enough, in 2010 Mary Kuney financially supported Democrat Chris Marrs for State Senate against Republican Michael Baumgartner.

If Daniel Walters thinks it is newsworthy, and perhaps unseemly for a politician to publicly speak to audiences, or post articles on Facebook about political causes, then why does he give the Sheriff a free pass? Ozzie speaks to any group that invites him, and is a prolific Facebook poster attacking those who disagree with him. But Daniel never applies the same standard to the Sheriff. Selective reporting methinks.

Daniel also attacked Rep. Jennifer Graham (Republican) in the same issue last week for posting what he calls “wild conspiracies.” He can hyperbolize but he should portray his article as an opinion piece instead of news. Daniel has an agenda. He is a liberal so he holds Conservatives to a different standard than Leftists. Curiously enough, the White House Press asked President Trump about Q Anon last week for the first time ever. Did Daniel Walters get the memo too, or was his article just a coincidence? Hmmm.

To point out his bias in last week’s article, he only calls upon contributors he can count on to say something negative.

Daniel called upon Democrat Andrew Biviano, who says about me, “my intellectual curiosity could lead to some genuine risky ideas”. What’s wrong with “intellectual curiosity”? Wasn’t Galileo’s Theory of the Earth circling the Sun risky? After all, the Vatican had said the science had already been settled, and that the Sun circled around the Earth.

Daniel called upon Anti-Defamation League’s Center on Extremism’s Jessica Reaves who said, “it’s fine to be intellectually curious (Oh thank you, thank you!), BUT with QAnon were talking about something that can spur people to react in ways that get other people hurt.” Specifics?

Daniel called upon my opponent in this race, Democrat Lance Gurel, who said, “People have been killed because people believe some people in authority say that this conspiracy is true.” Did Daniel ask him who has been killed?

Daniel called upon the ultra-liberal New York Times Tech Columnist Charlie Warzel who says, “the just asking questions explanation doesn’t cut it. There’s no questions to ask. One of the central premises of it you need to seek the death penalty for political opponents, that these people need to be eradicated…It’s an outrageous theory. It’s dangerous at heart.”  I think Warzel is referring to the possible Deep State plot to unseat a duly elected US President, Donald Trump, by using the resources of the CIA, FBI, NSA, and Department of Justice. If true, that would be treasonous and could result in the death penalty.

Daniel called upon an unidentified Republican (I am pretty sure I know who) saying the theories I had shared were “total dumpsters of shit.”

Daniel quoted Sheriff Knezovich as saying that I, Rob Chase, have “a radicalized hatred of law enforcement.” My guess is that opinion is collateral damage for having Rep. Matt Shea as a friend, and not throwing him under the bus as many Republican officials did. I do have many law enforcement friends (who mostly don’t like the Sheriff).

QAnon is big. It is so big it has to be somewhat tied to the Federal Government in some manner. Q posts pictures of Trump’s oval office with room identifiers for proof they are insiders. Q started in 2017, and has published thousands of cryptic posts that support the Trump Administration. Supposedly there is a civil war going on behind the scenes with the Pentagon supporting Trump, and opposing the CIA, FBI, State Department, NSA, Justice Department, Mainstream Media, and Internet giants Facebook, Google, Twitter,  trying to depose the duly elected Donald Trump.

I will say I have never seen a President so maligned and attacked during his campaign and after his Campaign. BTW, I still don’t know what General Flynn did wrong.

qanon.pub  is where you can find Q. Whatever Q is, it is close to Trump as friend or foe, and on that basis alone should not be dismissed. The X22Report is a patriot site that explains Q postings daily. If one cares to find out more go to x22report.com.  Do your own research and don’t allow someone else to indoctrinate you.

So what is wrong with asking a question? I remember in grade school I had a question I was afraid to ask because I thought I would look stupid. I still asked the question while apologizing to the teacher. The wise teacher told me, “A stupid question is the one not asked.”

What’s wrong with being a Patriot and trying to protect the Constitution? When I was a boy most people thought that was a good thing. Now the word “patriot” is a pejorative. What’s wrong with having a Bible Study? That used to be a good thing too. Now you are shamed as being a possible “domestic terrorist”, whatever that is supposed to mean. Today, people like President Trump and Matt Shea are demonized by the Press. What laws did they break? So far none that I know of.

I understand that six mega corporations control the Mainstream Press. Even the Internet is controlled by a few Corporations who continually censure Conservatives. Many of these tycoons have publicly said that they believe in a World Government, and that Planet Earth has way too many people on it. They are about control. Keep it small keep it all.

We live in the most deceitful time in history. We live in a post-truth world. We have to get back to the truth because Truth matters, but it has to be discovered. We discover truth by searching for it and asking honest questions, a stupid question is the one not asked.