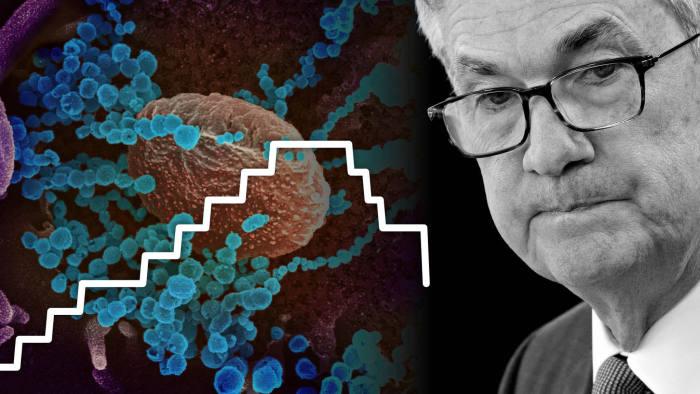 Last week the Federal Reserve announced it will keep interest rates at or near zero until the economy recovers from the government-imposed shutdown. Following this announcement, Federal Reserve Chairman Jerome Powell urged Congress and the Trump administration to put aside any concerns about the deficit and spend whatever it takes to stimulate the economy and combat coronavirus.

The Federal Reserve previously announced it would make unlimited purchases of Treasury securities, thus encouraging Congress and the president to increase spending and debt.

With some members of Congress talking about another multi-trillion-dollar stimulus bill, and with President Trump proposing a two trillion dollars infrastructure plan as a way to get Americans back to work, it is obvious, and not surprising, that Congress and President Trump gleefully agree with Powell’s advice.

Increasing the purchase of federal debt is not the only action the Fed has taken in a desperate attempt to keep the economy afloat.

Since the coronavirus lockdowns began in early March, the Fed has greatly expanded its balance sheet.

The Federal Reserve has also launched an unprecedented program to “loan” money directly to businesses.

While some states are beginning to end the lockdowns, it may be months or even another year before all the lockdowns are finally ended. It is unlikely that the economy will completely recover after the shutdown ends.

The economy was teetering on the brink of a recession months before anyone heard of coronavirus. Last September, a panicked Fed began emergency infusions of cash into the repurchasing market, which is where banks make short-term loans to each other.

RELATED:  SOTU: Trump Divides Those Who Believe In America From Those Who Don’t

The Fed was also pushing interest rates down before the coronavirus panic, and it will likely keep rates at or even below zero long after the crisis related to the shutdown subsides.

Economic stagnation combined with zero or negative interest rates remove incentive for people to save.

This depletes the supply of private capital available to invest in businesses and jobs.

The lack of private capital will put pressure on the Federal Reserve to maintain, and even expand, its new lending programs indefinitely.

These increased distortions guarantee the inevitable crash will be much more severe than the current downturn.

The only way to minimize the coming crisis is to begin immediately unwinding the current system.

The first step is to end the lockdown and let businesses reopen and people go back to work.

Congress must then begin challenging monetary policy by passing the Audit the Fed bill.

Ending the welfare-warfare state and the fiat money system may cause some short-term pain, but that pain will be dwarfed by the long-term gains in liberty, peace, and prosperity.

Dr. Ron Paul is an American physician, author, and former politician who served as the U.S. Representative for Texas’s 14th congressional district, which includes Galveston, from 1997 to 2013 as well as the 22nd congressional district for special term between 1976 and 1977, when he lost reelection in 1978, and for 3 later terms, from 1979 to 1985. On three occasions, he sought the presidency of the United States: as the Libertarian Party candidate in 1988 and as a candidate in the Republican primaries in 2008 and 2012. Paul is best known for his libertarian views and is a critic of American foreign, domestic, and monetary policies, including the military–industrial complex, the War on Drugs, and the Federal Reserve.