Beware of DeVos’ Ed-Flex Waivers: They’re Not New, They Don’t Return Power To The States 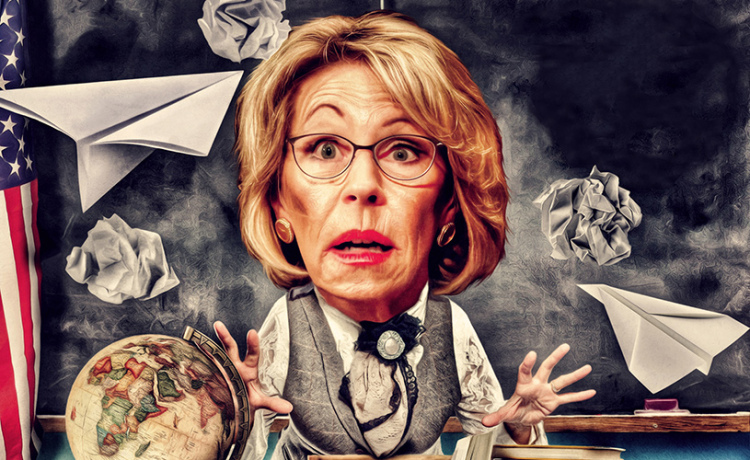 Beware of DeVos’ Ed-Flex Waivers: They’re Not New, They Don’t Return Power To The States

Anti-Fed Ed Warriors, about 3 weeks ago, Secretary of Education, Betsy DeVos announced that 4 States (MA, NC, TX, and, VT) were ‘awarded’ Ed-Flex Waivers for ESSA (Every Student Succeeds Act) local activity. At the bottom of the press release, it was stated that all States are encouraged to apply.

So, what’s Ed-Flex Waiver? Money and ‘permission’ by the Dept. of Education for States to exercise side-stepping certain federal regulations and statutory requirements. These Ed-Flex Waivers are NOT new and do NOT return local power to the States in education, as one would believe. These Waivers DO increase the ‘innovation’ (code for more data mining) at local levels. 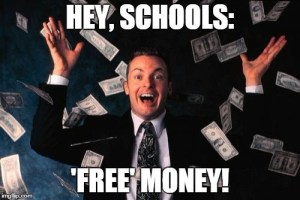 Back in 2015, I showed you how the (then) ESEA (Elementary and Secondary Education) Ed Flex Waivers were being used to usher in CCR (College/Career Readiness). This was also before HR 5 (Student Achievement Act) became combined with S 1177 (Every Student Succeeds Act) to become ESSA. (*Note: in that article, NC was one of the States given a Waiver. Here we are 5 years later, and NC’s awarded again. Wonder why? It should be clear. NC is only one of the States being swooned by ‘free money’ and assumed power.) 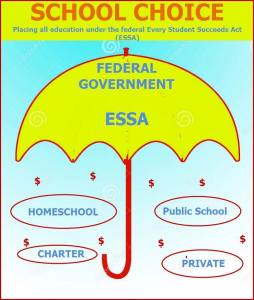 In 2014, I showed you the federal ‘decree’ for other types of education Waivers. These were for STEM (Science, Technology, Engineering, and, Math).

Contrast those 2 archived articles with my 2019 one where you learned how education Waivers KILLED school choice.

Warriors, according to the MA website, their Ed-Flex status is secure until 2024. When you enlarge the picture below, notice what appears to be ‘waived’, but the bigger picture is looking at what’s NOT waived. Chiefly, CTE (Career Tech Education)!

Why would CTE be so ‘special’ that the Federal Government is not allowing ‘flexibility’?
Page 17 of ESSA’s mandate for ALL education to align to post-secondary readiness standards as laid out by the WIOA (Workforce Innovation and Opportunity Act).

According to the U.S. Dept. of Ed’s press release, MA is to use their Ed-Flex Waiver for education recruiting and licensing. 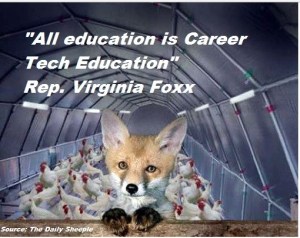 Warriors, first, let me share that the U.S. Dept. of Education’s January 2020 press release gave the tone that these Ed-Flex Waivers would give the community some sort of ‘leg up’.

However, did you know that in ESSA, communities are woven into the education alignment and can actually be ‘assessed’ for how engaged the entire community is in education? NC’s found a way to do this and make it sound lovely. How? Workforce based education (CTE can be called that) improves the State’s economy. If the economy is good, all is well. What happened with this flagarant attitude, is that academic based learning is too old fashioned. 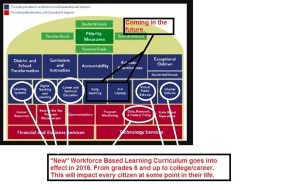 So, what will this latest Ed-Flex Waiver do in NC? Address school size and calendars and use funds for needy areas of the State. Given that NC’s Waivers address exactly the portions as the MA Ed-Flex Waiver, I think it’s safe to say the workforce based education wheel will keep rolling on in NC. To see the NC’s Ed-Flex Waiver parameters, go here.

Warriors, from the TX Ed website, carbon copy-like ESSA Titles and Parts, except those surrounding CTE.

I don’t think we need a reminder that TX once boasted it didn’t adopt CCSS (Common Core State Standards) but fully embraced CTE. As we know, CTE IS CCSS, in an ‘adult form’. (*Note: look below, near the bottom right hand corner.)  I showed you this, originally, back in 2017. 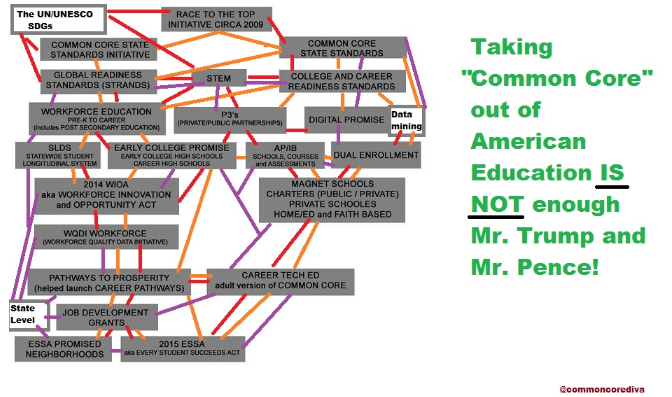 Warriors, have you noticed that these Ed-Flex Waivers are not really allowing local choices, yet? You should! 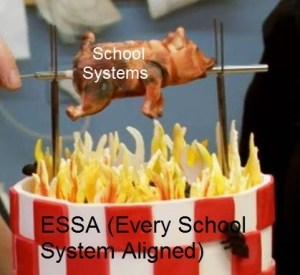 Warriors, this is the only State I’ve seen where one more ESSA category is included. That’s the Title 9, Part A. That’s the McKinney-Vento Act for the homeless students.

How does the McKinney-Vento Act factor in? ESSA has them lumped in with ‘at-risk’ students. The ‘net’ cast in ESSA for any student considered to be ‘at-risk’ was widened to include all students not measuring up to college/career readiness!

Back in 2017, I showed you that some of the States which failed to get U.S. Dept. of Education approval of their ESSA Plans, weren’t successful due to the McKinney-Vento Act.

As far as VT, the 2018-19 homeless student population was 1,008. However, these students are getting the same level of mental health overreaches, educratic indoctrination, and, workforce prep as any other VT student. So, why double funding? (McKinney-Vento funds are a different stream than the Title One funds used for mental health MTSS (Multi-Tiered Supports System). In fact, research conducted by Anita Hoge and investigate in PA and NH, Medicaid funds are also being used to bill States for MTSS (among others).

So, VT is getting triple funding in MTSS, it appears. Warriors, that’s massive taxpayer abuse, as well as criminal activity.
Every fifteen minutes for MTSS, SEL (Social and Emotional Learning), PBIS (Positive Behavior Intervention Supports), and more are BILLABLE via Medicaid.

Warriors, be sure to enlarge the picture above. On my weekly The Sons of Liberty appearance, we’ll be using this visual and discussing it in-depth. The show is every Wednesday morning at 6 am (EST and EDT, when applicable).

If you’d like the document showing billing hours/information for schools, go here. 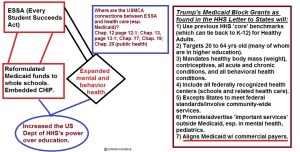 How toxic is federal overreach into mental health, especially via education? This 2019 article of mine laid it all out.
It’s quite troubling to know that the current Administration wants to increase and enlarge this unconstitutional and unethical footprint across the nation.

If you missed my Feb. 6, 2020 article, I dove into the new federal block grant Medicaid Initiative.