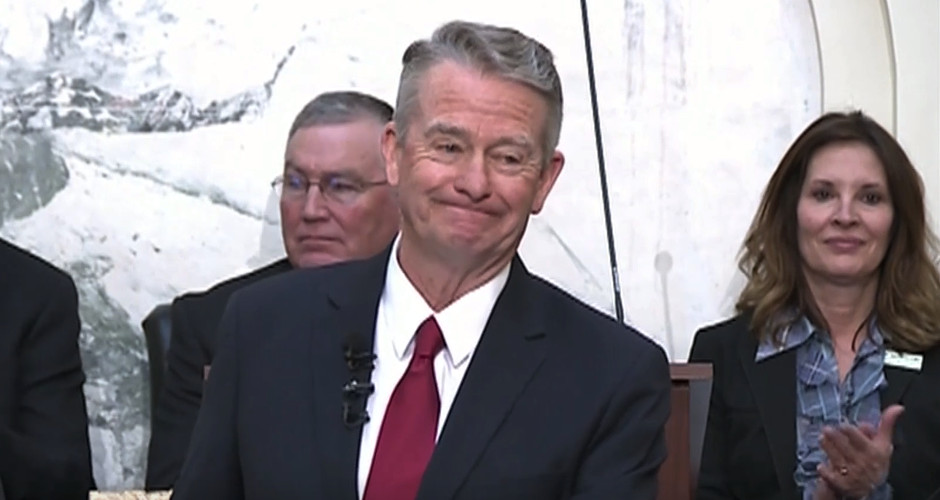 Let me try to clarify what the governor said in his state of the state message because, like all politicians, he gives us a lot of double talk that needs to be translated into common English.

The Grocery Tax from our conservative Representative Priscilla Giddings:

During the 2019 Legislative session, based on the Wayfair decision, House Bill 259 created the on-line sales tax collection process and established a “tax relief fund.” This fund accumulates $5-6 million per month. It is nearing the $35 million mark right now of undedicated funds. So in her opinion, his comments on the repeal of the tax mean that they will pursue grocery tax repeal and use the money that is in the tax relief fund from HB259. But there will not be enough money to fund the repeal until next year. Supposedly, his staff and some selected legislators are meeting to draft the legislation to accomplish this. If she does not see any movement on it in the next couple of weeks, Priscilla will resubmit her own drafted legislation from last session that will accomplish the same thing.

As far as the rest of Governor Little’s speech goes, there was no mention of the hot topic of Common Core at all when he talked about education. He did say that he was trying to get starting teacher’s salaries up to the $40,000 a year level to be competitive with the surrounding states. Our fear is that by the time they reach that level the surrounding states will be paying teachers $10,000 more and we still won’t be competitive. We seem to spend endless tax dollars but it appears that we mostly tread water when compared with other states around us. If you look at the graduation rates the average of all the states is 84.6% and Idaho is standing at 85% as of 2019 so we must presume we are doing something right.

The Governor wants to try to fix the recidivism problem with our prisoners through the use of the St. Anthony’s work camp and help bring those released from prison get some real training so they are able to find jobs and reenter society. This would be a most noble effort if it can be done but nothing was said about the many inmates who are serving their time in a crowded Texas prison far from loved ones. We still need more prison space but no one seems to want to breach that issue mostly because of the cost. If we are going to continue to incarcerate people we need to be able to house and take care of them and that will mean building a new prison. Maybe the answer is to build a minimum-security prison more on the scale of a work camp to house those imprisoned for less violent crimes. In any case, we need to find a way a solution to overcrowding.

There was no mention of how the governor or the legislature would tackle the ravenous increases in property taxes and it seems that no one has a clue how this problem will be solved. It appears that our state legislators are in as much as a quandary as our mayors are about how to reduce or even hold taxes where they are. Many of our cities have been raising taxes at such a pace that the elderly are finding it hard to make ends meet and affordable housing is just about impossible to find. The simple answer is that growth has been so rapid that it has not paid for itself. This should have been self-evident to many of those in the seat of power. Unfortunately, as we have said before the politicians running our cities and state are not the brightest lights on the tree and are driven more by re-elections, not by common economic sense.

It will be years before we see any semblance of order when it comes to fairness in taxation as the politicians will continue to let developers build until there is nowhere left to build. Housing that is now unaffordable for most families will become the problem of the day for politicians to solve but they will have no answer. They were the ones who fanned the flames of development and caused the problems in the first place so why would you expect them to fix what they broke. We need a new generation of leaders who put the people first and their reelections second but it won’t be an easy job finding them.

The Governor said he wants $100 million for roads and bridges but I dare say that this will be just a drop in the bucket if the growth continues at its current pace. We still have many bridges that are in ill repair and too many roads that need widening to accommodate the higher volumes of traffic expected. Maybe what we need is another recession to cool the jets of developers and give our state a chance to catch up. Or we could just raise impact fees so high as to make it undesirable to put up new developments. Or could we put in a proposition like California and freeze taxes or allow a max of 1% rise per year from the original price of the house. All we know is that someone had better come up with a solution and fast.