A win for the Cattle Industry! 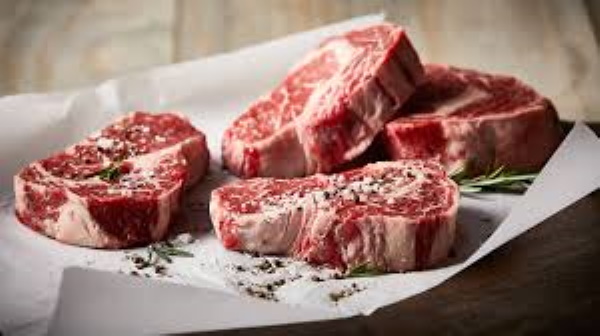 A win for the Cattle Industry!

The US Department of Agriculture (USDA) has announced it has suspended its plan for force the use of electronic ID tags for cattle. The USDA said this shift in policy was in response to executive orders from President Trump.

That proves that the White House is hearing our protests!

Now it’s time to step up the pressure to demand action to put “Country of Origin” labeling on all meat products!

And I need your help to do it.

It’s incredible, but the World Wildlife Fund (WWF) – the world’s most powerful and radical environmental organization — has managed to worm its way into control of the American beef industry.

The WWF advocates that beef consumption is destroying the environment and they are working tirelessly around the world to stop you and meet from eating beef.

The World Wildlife Fund has succeeded in taking over the American Cattle Industry!

They have created the Global Roundtable for Sustainable Beef.

It comes with an endless list of rules to control how cattlemen are to operate – and those rules increase costs, and make it nearly impossible for small farmers to operate.

They have succeeded in getting the National Cattlemen’s Beef Association to endorse the Roundtable’s crazy rules.

And the Roundtable now controls the beef packing industry which in turn controls the entire beef retail market.

Cattlemen either toe the WWF dictates or are cut out of the industry.

The Roundtable plans come with a strict set of “principles” that are right out of Agenda 21.

Here is the number: 202-456-1111. Leave a message for President Trump to take action to save the American beef industry!

Friend, please help me lead the fight to save the American beef industry and protect property rights across the country!

Each of these rules are designed to make it impossible for cattle producers to survive. And it’s working. Thousands of independent American cattlemen have been forced out of business.

But through the Roundtable, the WWF has managed to take control of the packing industry. There are only four packing companies in the nation, including Tyson Foods, Cargill, JBS and National Beef. They control the market – so that now means the WWF controls it.

The first step in the WWF’s diabolical plot to destroy American beef was to get the packers to remove the Country of Origin labels from beef packages.

Now they pretend that beef that actually originates non-disclosed foreign  countries is actually American. It’s not!

This allows the packers to pay next to nothing to American cattlemen while making bigger profits for themselves.

Watch the news as more and more reports are coming out about tainted beef on grocery shelves.

This is the result of the deception about the origin of the beef.

And the result of bad beef is a growing fear by consumers to buy it.

That is exactly what the WWF is counting on – fear — to get you to stop eating beef.

This is about protecting YOUR health.

It’s about protecting YOUR freedom of choice about what you eat.

It’s about saving the hardworking, dedicated American cattlemen who have worked for generations to feed us the highest quality food in the world.

It’s all under siege from a dedicated and powerful band of radicals who will stop at nothing to enforce their agenda on us.

The World Wildlife Fund is on a drive to control massive amounts of land across the American Northwest and block it from human use.

That’s why the WWF is driving to control water use that is designed to drive property owners off of their land. Killing the cattle industry is a major tool to achieve their goal of control.

Across the west courageous independent cattle growers are trying to fight back to save their industry, their family ranches and the great independent American lifestyle that has safely and abundantly fed our nation for a century.

Over the past year I have had the privilege of meeting and working with these courageous freedom fighters. I have seen their pain and desperation as a powerful force has just moved in and taken control of their industry.

The cattlemen are up against a massive force that controls political power and a massive war chest of unlimited funds.

How do the cattlemen fight back?

I told them to take dramatic action that can be seen and felt in the halls of government.

And I told them that if the beef consumers (you) could hear the truth about how the WWF assault on American beef is endangering our lives, we can stop this!

They have heard me and they are taking action.

The first step is to flood the White House switchboard with phone calls and messages to ask President Trump to take action to pull back government regulations that are helping the WWF take control.

The first step is to demand that the true Country of Origin Label be placed on every package of beef in your grocery so you know where it comes from.

President Trump can make that happen.

So, please, will you join me and these courageous, desperate cattlemen by making a simple call to the White House switchboard and leave a message to President Trump, asking him to order his USDA Secretary to enforce Country of Origin labeling on American beef?

Here is the number: 202-456-1111. Leave a message for President Trump to take action to save the American beef industry!

Friend, please help me lead the fight to save the American beef industry and protect property rights across the country!
DONATE NOW TO APC

There is obviously much more to be done – but this one phone call will be a major first step. Please join me in this vital effort.

I promised the cattlemen I would help them win.

To help lead this effort I urgently need our financial support for the American Policy Center (APC). The WWF has millions of dollars in its war chest. But with your support I can reach Americans across the nation with this urgent message.

As a result of our efforts so far, I am already seeing more attention coming to the plight of the cattlemen. The action by the USDA to back off the demand for the RFID chips is proof of that.

My American Policy Center is one of the most determined organizations in the nation to sound the alarm and stop these radicals. With your financial support I can stand up to them and alert millions of American consumers to come to the aid of the cattlemen. Please donate today so I can increase APC’s efforts! Please make one phone call to the White House and one donation to APC and we can win!!  I’m counting on you.