100 Years of Progressivism: How’s That Workin’ for Ya? 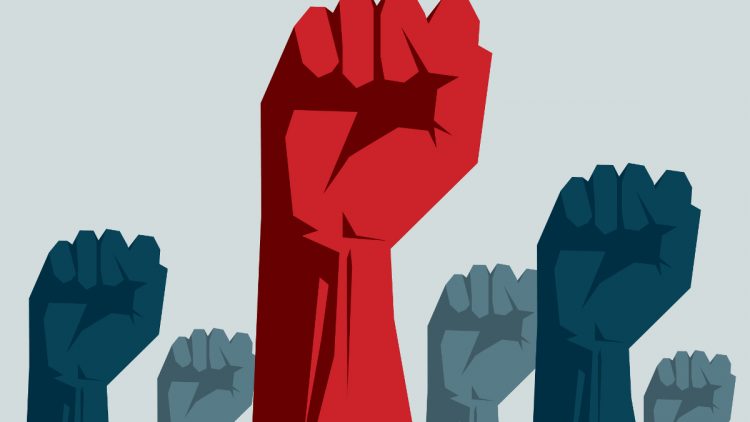 100 Years of Progressivism: How’s That Workin’ for Ya?

Staying informed in our culture of dumbed-down, agenda-driven education and escalating propaganda is difficult enough these days, but one of the practical problems we face as a nation with left-of-center philosophy remaining a going concern in American politics is that fewer and fewer citizens have a clear picture of what leftist politics have wrought in the world to date.

For example, my generation grew up with the same boilerplate propaganda emanating from leftists to which many millennials and younger folk have fallen prey. Standing out among leftist’s claims was the notion that socialism and even communism would work wonderfully if only they were allowed to be implemented “properly,” an assertion we’re beginning to hear more and more from younger leftists.

The problem is that these young people do not have the benefit of my generation’s direct observation of the failures of socialism, and they’ve not been told the truth by educators, media nor the press.

The threats we currently face from the political left didn’t start with socialism or communism, however. There are a few conservative commentators (columnists, radio personalities and the like) who have done a pretty good job educating their audiences with regard to the advent of progressivism in America. Those who reference President Woodrow Wilson as one of the fathers of American statism, with Presidents Franklin Roosevelt and Lyndon Johnson dramatically expanding the federal government, perform an important function in educating audiences, because it is men such as these who set the stage for the radical left to amass so much political power.

It was probably a matter of conceit – and a great conceit, to be sure – that drove the belief amongst those who came to power in the early 20th century that the quaint systems of republican self-governance that became popular in the West during the previous two centuries would not suffice for the modern age, with old empires giving way to superpowers, global war and rapidly growing populations.

I’d wager that the age-old lust for power played a part in the machinations of early 20th century politicians; it is also at this time that we began to see the rise of the career politician and an entrenched political class. To see how quickly power can go to one’s head, all we need do is observe the audacity and cavalier deportment of some of today’s younger Democratic lawmakers, who routinely propose draconian, unconstitutional public policy without batting an eye.

Finally, I believe that men like Wilson, his contemporaries and the political power players who came afterward looked to the communist revolution in Russia and emerging socialist sensibilities in the United Kingdom and Europe and saw elements of this paradigm they believed would prove useful in re-framing politics in modern America. Apart from toppling a monarchy in Russia, socialism has always been little more than a con by which power invested in the people in Western democratic republics might be redistributed to oligarchs. Sadly, by the early 1900s, politicians and other powerful entities in America had been infected by the notion that they were smarter and wiser than our founders.

This brings us to the political phenomenon of Donald Trump and the efforts of the Washington establishment (via House Democrats) to oust him or, at the very least, sully his brand so severely that he loses his 2020 reelection bid.

While Donald Trump did not reveal the existence of the Deep State to the American people, consider how his intention to dismantle the Deep State system must have played with the Washington establishment in 2016. Then, consider the increased flexibility presidents typically have in implementing the more contentious elements of their agendas during their second terms.

In the eyes of the Washington establishment – which includes both Democratic and Republican lawmakers – Trump’s mere presence in the White House, let alone his methods of governance, are an obscenity. Given the nature of the current impeachment inquiry, it is clear that in light of this, Democratic lawmakers have thrown the rule of law to the wind.

All forces have been marshaled. Twenty years ago, the press would never have stood for impeachment proceedings of this character against any president, Republican or Democrat. Now, the press is completely on board in this effort. Concurrent efforts to aggressively drive the most odious elements of the left’s social and economic agendas illustrate their imperative for neutralizing their political opponents once and for all. Hollywood celebrities and nightly news talking heads screech “racist criminal” incessantly, presumably in the hope that this will do the trick in demonizing the president in the eyes of the masses.

As the state of California burns and suffers blackouts as a direct result of liberal policies, propagandists handily cite anthropogenic climate change as the culprit. As Mexico becomes a failed state controlled by narcoterrorists with violence spilling over our shared border, politicos and activists on the left argue identity politics over safety and national security. As more and more liberal elites are charged with crimes of sexual exploitation against children, some of the most creepy sexual deviants at the bottom of the heap have come out of the woodwork, clamoring for special protection under the law. Overall, the use of surreal, Orwellian rhetoric on the part of the left has become almost passé.

In considering all of this, however, do not make the mistake of viewing it only through the lens of House Democrats trying to impeach the president. As a few astute commentators have already articulated, while Donald Trump may be the target of the Washington political establishment, he is not their real enemy.