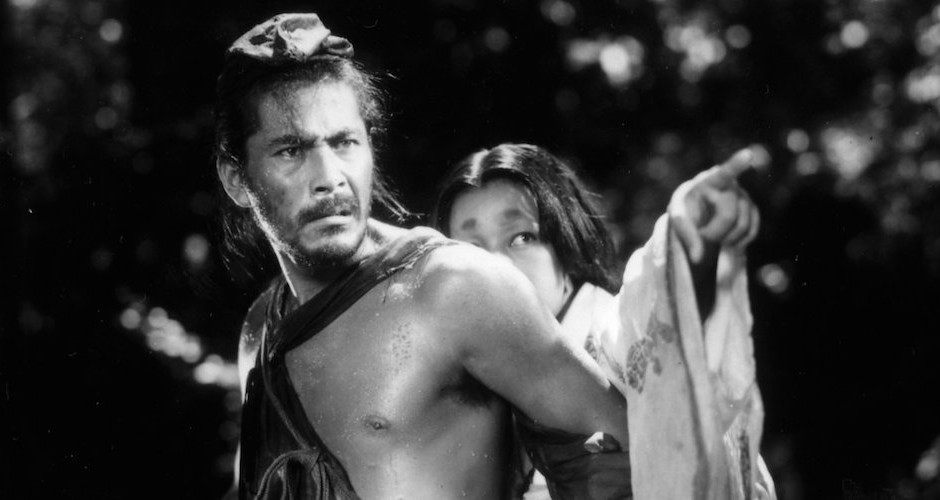 When my father returned from Japan after serving for 5 years during and after the Korean War he carried with him a small book that several years earlier had been turned into a well-known Japanese play called “Rashomon” In the play 5 witnesses—including an apparition of the murdered protagonist, recount the rape and murder of a Samari and his wife by a highwaymen. All accounts of the exact same event are different and are influenced by the culture, religious beliefs, and self-interests of the person relating the events—but most of all the self-interests.

The point of the story is that we should always try to understand the motives of witnesses and those who are in a position to judge our actions or in fact the actions of anyone—including ourselves. We all carry with us our own set of values and life experience that provide us with a context of interpreting real-life events. It is important when relating our accounts of real-life events that we not only share common values with those witnessing and trying to discern meaning and truthfulness of those events, but also recognize our own prejudices and as a result our own limitations. In Mathew, we are admonished to remove the “log in our own eyes before trying to remove the speck in our neighbor’s eye”. One of the most difficult aspects in our politics today is trying to unclutter the various positions that are being presented to us by the media and our representatives.

Several important questions need to be asked before trying to discern truth about any political statement or position. In this regard, we need to go beyond asking questions about “conflicts of interest”. We need to ask are those positions being offered for consideration consistent with my values and my life experiences. Does the person offering information share my values? Is there transparency in the information being presented? If given the same evidence would I myself come to the same conclusion? Is the information relevant to the question at hand? Is the information libelous or calumnious? Calumny is much easier to prove because it comes to our attention via a third uncorroborated party. In the Cannon Law of the Catholic Church and in the Latin legal system, some remnants still being practiced today in Louisiana calumny is punishable just like liable. The reason it is so evil is that the perpetrator of the crime does not take responsibility for its veracity. Liable would say John Livingston is a liar and the person making the statement would identify himself as being responsible for the allegation. Legal liability has several more elements put the person making the charge is identified. A calumny would state “I heard John Livingston is a liar”. All responsibility is removed from the person making the statement.

Any use of a third party accuser is calumnious. There are reasons for having “whistleblower” protections, but without the ability of accuser to face the accused, the opportunity for cross-examination and other “due process” applications of the law a faceless accusation of any kind is by definition a calumny and those who make the allegation and those who propagate it are parties to a calumnious act.

I practiced medicine and surgery for 40 years and one of my heroes was Sir William Osler who all physicians know developed the model for modern medical education while serving as Chief of Medicine at The John’s Hopkins University.

In his book “Equanimities” he describes a process whereby mature physicians discipline themselves to develop within themselves the ability to remain calm in a crisis or emergency situation. Emotion evokes passion and bad decision making, whereby the intelligent and thoughtful application of skill will be the only way of finding a solution.

When I listen to Nancy Pelosi or Adam Schiff or the gang of 5, I hear nothing but emotion. The virtue signaling and confirmation bias does nothing to help us move forward in our political debate. They could be characters in “Rashomon” always acting in their own selfish interest.

Twenty years ago a book was written called “Emotional Intelligence”. The book’s 1st chapter describes a group of 40 children of Harvard professors that all had very high IQs. They followed this group for over 40 years from the time they were in kindergarten until their professional careers had time to mature—45 years later. When they asked the 5-year-old children to paint a picture of the class they all painted themselves at the center of the picture doing various activities. All except one little girl who painted everyone else doing the activities they liked to do, but interestingly she painted herself in the left-hand corner of the picture. She was watching everyone else outside of herself. She ended up having the lowest IQ, but at age 42 became the CEO of Scott Paper Company. Some of the others with much higher IQs ended up being failures and 2 ended up living on the street. Seems like EQ-emotional quotient is more important than IQ.

We have lots of our leaders in government today who are Ivy League grads—many from law schools. I am sure they are all very smart. But do their IQs match their EQs? Do they paint themselves in the center of the room or are they able to separate themselves from their passions and judge situations analytically? Do we today place a premium on intelligence instead of wisdom and EQ?

Are they like the Characters in Rashamon who see the same event not based on the facts, but based on how their portrayal of the facts can benefit them? Are they more willing to address the sliver in another’s eye without taking out the plank in their own eye? Do they judge others the same way they judge themselves and do they apply the same values to others as they do themselves?

I was not always a Trump supporter but I do know that he knows himself far better than his opponents know themselves. He is very much like the little girl at the corner of the picture and because of that he will prevail in the long run. Today I am a Trump supporter. His actions speak louder than his “Tweets”. I don’t know of any of his critics who have his courage “to listen the truth spoken twisted by knaves to make a trap for fools”—from “If” by Rudyard Kipling

Who would you rather be in a foxhole with—Donald Trump, Nancy Pelosi, Adam Schiff, or Mitt Romney? Only one in that group that I would want to have my back. Mr. Trump and that little girl are a lot alike.